HomePolitics & Current Affairs2012 AND ITS QUESTIONS 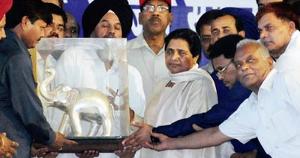 Will 2012 be a better year for India than 2011? As the new year dawns, the big question, in political terms for us as a nation, is whether the next twelve months will bring with them a refreshing change of turn from the depressing year of drift, indecision and dissatisfaction that 2011 turned into?

Predicting the future is best left to crystal-ball gazers, astrologers and the like even though historians of a certain ilk have almost made it a fetish to study alternative histories and counterfactuals. So, instead of predictions, let me list here some key political questions for 2012.

1) Will Rahul Gandhi finally say something meaningful? No one doubts that Rahul Gandhi’s word is what counts for political writ in the Congress. He was constantly on our screens in 2011, posing in carefully choreographed televised road shows designed to show solidarity with the aam admi, but without really saying anything truly significant or revealing anything about man behind the colossal spin. Despite his intervention on constitutional status for the Lok Pal, 2011 was predominantly a year where the Congress General Secretary was essentially missing in action when needed.

The question is will Rahul Gandhi finally get his hands dirty and show real political leadership in 2012 or will he be content with his Uttar Pradesh-sized bubble, more set-piece speeches and pre-designed programmes?

2) Will the PM finally speak up or give up? Manmohan Singh ended 2011 as he had largely spent it, sulking with a Sphinx-like visage and without ever standing up for anything, like he did in his first term for the Indo-US nuclear deal.

He may have been put in office by Sonia Gandhi but she needs him as much as he needs her and he could at least have shown more spine. Instead, India’s most intellectual Prime Minister since Nehru frittered away his moral ascendancy and his legacy in 2011. The only real question now is how long before he finally says enough is enough or gives up.

3) Will Modi go to Delhi after Gandhinagar? The Congress may be punch-drunk with the hubris of power but the BJP seems in even greater disarray with continuous jostling between a whole host of prime ministerial contenders.

The party’s future trajectory may well be defined by the question of Narendra Modi after the state assembly elections later this year. If he wins another term in Gandhinagar and decides the time has finally come to take the road to Delhi, it will set off a riveting power struggle that will redefine not only the BJP but also the national discourse.

4) Elephants or cycles in Lucknow? In 2007, Mayawati’s rainbow coalition with Brahmins gave her the first political majority in Uttar Pradesh in two decades. Much water has flown down the Gomti since then and the UP election will be the defining political show of the year.

The poll result in India’s most populous state will not only determine how much weight the BSP’s elephant has lost, it will also change the contours of national politics, not least because Rahul Gandhi has staked his own personal prestige on the Lucknow outcome.

If the Congress significantly increases its seats and the Samajwadi Party’s cycle outpaces the BSP’s elephant, the discourse in Delhi will change. If not, Rahul Gandhi will be bruised badly. Whatever the result, the road to Delhi, as always, will be paved from Lucknow.

5) How long before Mamata Banerjee’s honeymoon ends? As the demolisher of the Left, Mamata Banerjee had a charmed 2011. She has never been an easy ally but the halo from her huge electoral victory has meant that from FDI to the Lok Pal Bill, she has been one of the UPA’s most vociferous and difficult allies.

Once the sheen of her triumph fades off though, it will no longer be enough to blame everything on the Left. 2012 will be the year when she will have to refocus on the basics of governance and administration. Bengal’s two terrible tragedies in December have already shown that her honeymoon period may be getting over.

Of course, there are scores of other important questions for the year. Will economic growth, assumed previously to be permanent, return; will inflation go down; will Team Anna fizzle out or will its members seek individual political careers?