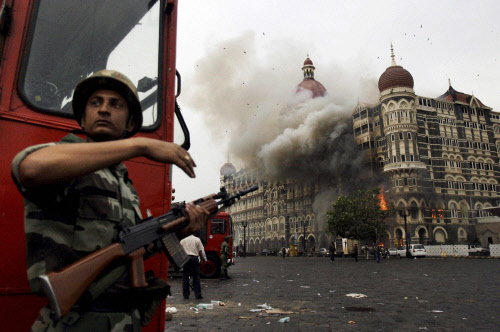 Everyone knows that the 26/11 attackers in Mumbai came from Pakistan. The question has always been how deeply involved was the Pakistan’s establishment in the 26/11 attacks?

Now we have a clear answer. “Log hamarey thhe, operation hamara nahin thha” [the people were ours, not the operation] — this is what Lt General Shuja Pasha, the head of Pakistan’s ISI at the time of the 2008 Mumbai attacks told his country’s then ambassador to the United States, Hussain Haqqani.

Haqqani recounts this one-liner on new book, India vs Pakistan, coming out shortly. This is also apparently what Lt General Shuja also told his American interlocutors at the time, according to Haqqani.

What exactly did he mean? As Haqqani puts it: “He did not mean people serving in the ISI. What he meant was people that the ISI has trained in the past and nurtured. I think he was referring to Lashkar-e-Taiba as hamare log.”
Now the Americans have made precisely this claim before, but this is the first time a Pakistani official, in office at the time, has corroborated what India has always said about 26/11.

At a time when US lawmakers recently blocked the sale of F-16s to Pakistan, against the express wishes of the US State Department and the White House, this new account is likely to strengthen anti-Pakistan opinion on Capitol Hill. It is also likely to affect the confused American policy towards Pakistan, where it continues to be an American ally, and receives about $743 million of American aid yearly (down from $2.3 billion annually in the period 2002-11) despite being a haven for anti-American terror.

It also has implications for India’s Pakistan’s policy which remains stuck in a cul-de-sac after the Pathankot attacks despite PM Modi’s personal outreach to Nawaz Sharif with his surprise Lahore visit last year.
For a detailed discussion on how these new revelations will impact the India-Pakistan equation see TOI’s video chat with foreign policy expert Dhruva Jaishankar, fellow at Brookings India Centre.