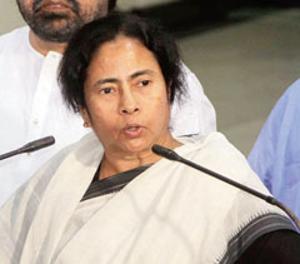 In 1996, when there were still considerable fears about the future of economic reform and western investors were flocking to management gurus to brush up on the basics of India, the Wall Street Journal quoted an Indian marketing expert instructing potential investors with a simple dictum. “Repeat after me,” he would go. “India is different, India is different, India is different.” It was a pithy statement that could be read both ways: as a marker of Indian diversity, complexity and ingenuity on the positive side of the ledger; and equally as a warning signal for a range of problems, from post-colonial angst to political opacity and corruption, to legal quagmires.

Judging by the moribund political debate about foreign direct investment in retail, one could add a political class without recent historical memory and with a particularly vicious propensity for crass opportunism to the list of reasons on why India remains different.

It has been nearly two decades since dire warnings of a new economic colonialism about to take over India were first heard in the aftermath of the first flush of reform. Since then, foreign companies have come to India, been absorbed by it and adapted to it. Among the better summations of this osmosis came from the BJP’s Jaswant Singh in 2004, arguing the case for FDI in retail as finance minister: “Many said that Kentucky (KFC) will drive the dhabas out of the market. The dhabas have driven out Kentucky. The Indian sherbet is still there despite Coca Cola and Pepsi. Don’t underestimate India.”

There are upsides and downsides to every policy but the most striking thing about the political debate on FDI in retail is a bizarre myopia that somehow pretends that we are still in the India of the 1970s, not one that underwent reforms in the 1990s. At the heart of this argument is the renewed rhetorical spectre of evil takeover by the commercial descendants of the East India Company, the idea that unscrupulous foreigners will come and suck poor old India dry again.

It is as if the 1990s never happened, as if the political class is stuck in a mental time-warp that remembers historical fears but forgets the lessons of the recent past. As if the world never changed and India never became a major economy. And facts, forget about them.

For the BJP and the DMK, it was okay to push for this policy in 2004, but somehow not okay now; for Mamata it is all about Bengal and her political imagery as the eternal fighter and for the Left, well, no one ever expected them to say otherwise anyway. Combine this with a Congress-led government that has a stellar record for bad timing and political mismanagement, not to mention being hobbled by party bigwigs who always seem to speak in a forked tongue and what you have is a right royal mess.

It would, of course, be silly to pretend that this new policy would be a panacea for all problems and that there would no challenges. But let us look at the facts objectively.

Despite the influx of big money by stores like Big Bazar and Reliance in the recent past, less than a tenth of retail is conducted by the organised sector. Setting up stores is far more complicated than it seems, even for Indian companies, and there is little evidence of them actually driving out any smaller stores.

A 2008 ICRIER study on the impact of organised retail on the unorganised sector found that it was “not a case of a zero sum game”, both are bound to “not only coexist” but also grow substantially together.

Surveying shops in ten major cities and everybody that would be affected by the entry of large corporates, it found that in areas near where organised shops had been set up, unorganised retailers did initially see a decline in their volume of business, but this changed over time.

It found no evidence of any significant decline in employment in local shops and the rate of closure of unorganised retail shops due to the competition stood at a low 1.7 per cent per annum. In fact, traditional retailers actually improved services, as anyone with a bania shop which provides home delivery would know, and consumers, particularly in the lower- income group gained through lower prices.

These are important finding in a country which is the second largest producer of fruits and vegetables in the world but where about 25-30% of this is wasted because of shoddy supply chains.

It is the middle men who stand to lose most from a shake-up of the system and currently Indian farmers are estimated to get only about one-third of the price paid by consumers for their produce, as against other countries where they make much more.

If the current system is broken-down, where is the harm in trying to change it, with adequate safeguards built in, as they are in the new policy?

The fact is that the Indian economy is at a major turning point. India is indeed different, but can we please at least have a grown-up debate.