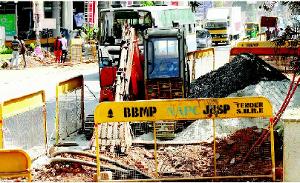 For the past year, seven major roads in India’s IT capital have been dug-up for a makeover which, if successful, may hold the key not just to managing Bangalore’s urban sprawl but of other cities too.
Share
Facebook Twitter LinkedIn Pinterest Email

When Baron Haussmann reshaped much of old Paris in the 1850s to turn its narrow by-lanes into broad boulevards or General Charles Napier obliterated much of nawabi Lucknow in 1858 to build wider roads for military policing they established a key principle of urban planning: cities and their roads are often a reflection of what matters most to rulers. By that yardstick, the abysmal quality of most city roads in India is indicative of how low they figured on the priority lists of successive governments which, until recently, chose to focus more on village connectivity. In an India that is fast urbanizing, urban roads have grown fastest in the past decade (see chart) but their quality has always been a question mark. Now, a pioneering experiment with key roads in Bangalore may pave the way for a smoother ride.

For the past year, seven major roads in India’s IT capital have been dug-up for a makeover which, if successful, may hold the key not just to managing Bangalore’s urban sprawl but of other cities too. Old colonial era-roads like Cunningham, St. Marks, Richmond, Residency, Commissariat, Museum and Vittal Mallya — are being redone under the “Tender-sure” project that aims to ensure global quality standards.

For generations of Indians familiar with roads that break up into hideous craters with the first monsoon showers every year, a key “Tender-sure” goal is to ensure that the roads once completed will actually last. This is new in a country where road policy has long been a vicious cycle of “build, neglect, rebuild”, as former RBI governor Rakesh Mohan noted in the National Transport Development Committee’s 2011 report. Replacing poor roads, the committee estimated, cost a whopping Rs. 900,000 crore.

“Tender-sure”, a brainchild of the non-profit Janaagrah Centre for Citizenship and Democracy, is financed by the Karnataka government and adopted by Bruhat Bangalore Mahanagara Palike (BBMP). It stipulates minimum quality indicators for contractors along with a mandatory 5-year maintenance clause. It also aims to simultaneously sort out the unplanned maze of electricity, water, sewer and gas lines that overlap underground. “Nobody had any idea what was under the roads,” says Janaagrah co-founder Swati Ramanathan. “You open them up and its mayhem. We are laying out every single utility linearly with planned utility ducts in an integrated manner. The idea is to do it all once: one-time pain for long-term future gain.”

Ramanathan says the idea struck her when she stepped out of a conference on public transport some years ago and noticed how haphazard the road outside was. “I thought we can keep doing endless conferences and nothing will happen unless we do something ourselves.” She discovered that urban agencies in Bangalore had “no real standards” for urban-roads, “contractors had no idea” even of those norms that existed and it was all a “convoluted mess.” It led Janaagrah, which is funded by private grants, into creating a voluminous document laying out minimum urban-road design standards and contract guidelines. The state government, then led by BJP’s Sadanand Gowda, supported the idea in 2012 and sanctioned Rs 250 crore for a pilot. 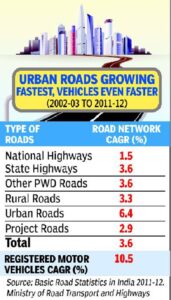 What happened next was instructive. No contractors came forward when BBMP first floated tenders, presumably unenthused by stringent transparency requirements and the combination of road construction with underground utilities. Eventually, Janaagrah was roped in to implement the first 7 roads and started work in 2013, along with training other contractors. Crucially, the project consciously remained apolitical and received support from the current Congress government too. BBMP says the first five “Tender-sure” roads will be ready by March this year and the remaining two by March 2016.

“Tender-sure” is not without critics, who argue that while it is building better roads, it is not actually widening them even as it restores footpaths, which may further congest traffic. Ramanathan responds that “a road is only as good as its narrowest part” and they are “making lanes uniform to avoid bottlenecks.” Land-acquisition for road-widening would have taken years. BBMP commissioner M Lakshminarayana says execution has been “a challenge so far” but once completed “would really give a feel of how various aspects of providing an urban road for the benefit of pedestrians and vehicles can be achieved”. If it works, experts say “Tender-sure” could be replicated in other cities as well.

Says IT entrepreneur Vivek Mansingh, Bangalore-based chairman of engineering firm Axiscades and a Janaaagrah board member: “We need more non-profits to work with government so they can understand the gaps and limitations of government and find solutions.”

“Tender-sure” certainly offers a new model and its progress will be closely watched, not just by Bangalore but other cities looking for solutions too.