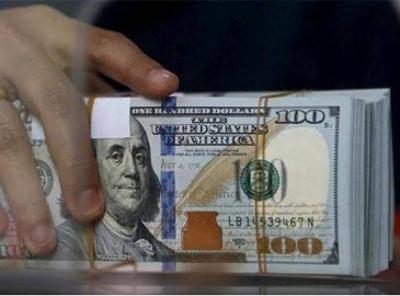 A man, a plan, a canal – Panama!” wrote the British playwright Leigh Mercer in 1948. Long before Project Prometheus made Panama synonymous with the biggest data leak in history, it was famous for the Panama palindrome: clever wordplay that reads the same backwards or forwards.

Revelations from 11.5 million documents and 2.6 terabytes of data sourced from the Panamese law firm Mossack Fonseca – bigger in size than US diplomatic cables made public by Wikileaks in 2010 or secret files released by Edward Snowden in 2013 – show much more than clever legal wordplay, uncovering a diabolically organised system of tax evasion by the world’s elite. Iceland’s prime minister has already resigned, a close cellist friend of Vladimir Putin’s seems at the centre of transactions of over $2 billion, and a string of leaders from Nawaz Sharif in Islamabad to David Cameron in London and Xi Jinping in Beijing have been left with awkward questions to answer.
What do we make of the over 500 Indians on the list? First, the big surprise is not who is there, but who is not. In a country teeming with so many corrupt politicians, there isn’t one major neta in the Mossack Fonseca list.
Superstar Amitabh Bachchan has denied any knowledge of accounts that used his name and yes, the Panama list has names that will add to party chatter and titillating gossip. Yet, in the bigger scheme of things so far, many in India can be excused for reacting like the Russian activist who when asked about the Russian public’s response to the supposed Vladimir Putin connection spat back, “Ha ha, they only found two billion? It’s petty cash for personal expenses.”

In a country where a government-commissioned study in 2013 reportedly calculated the size of the black money economy to be as high as 70% of GDP, where average annual illegal black money outflows were estimated by Washington’s Global Financial Integrity to be as much as $51 billion (fourth-highest in the world after China, Russia and Mexico) and where Narendra Modi as PM candidate promised to put Rs 15 lakh in every Indian’s bank account from black money that was to be recovered from abroad, it is not surprising that the Mossack Fonseca files so far have not ignited the kind of heat in India that they have in other countries.

Second, while a multi-agency probe will look into the money stashed abroad and the Supreme Court appointed Special Investigation Team (SIT) on black money has rightly sought an urgent preliminary status report on the Panama documents, most Indians intuitively understand that the real problem of corruption and black money is not overseas, but on our own soil.

How can it be otherwise if a Jagan Reddy’s declared assets can go up from just Rs 9.18 lakh in 2004, when his late father first became Andhra chief minister, to Rs 365 crore in 2011? Or when the average assets of 165 Members of Parliament re-elected to the 16th Lok Sabha shot up by a whopping 137% between 2009 and 2014? Ask anyone, from Lalu to Mayawati: corruption and black money may create public outrage and provoke good political rhetoric but have rarely affected electoral winnability by itself. A good indicator of the black money-politics link is the fact that cash circulating in people’s hands has recently gone up by Rs 60,000 crore – which is “not normal” as RBI governor Raghuram Rajan put it – because of assembly elections in four states and one union territory. “You can guess as to the reasons why, we can also guess,” he said.

Third, at the heart of the Indian black money debate lies a basic hypocrisy. We wring our hands at the thought of money laundering but as anyone who has ever bought property in India can testify, the shadow economy is what makes much of what we see around us tick. As a real estate developer told me recently, one reason why property prices in the NCR region, for example, may not pick up steam again in the near future is because of increased government efforts at transparency in financial dealings. Real estate accounts for 11% of GDP but much of its levers are driven by undeclared wealth. It is the same story with jewellery.

Fourth, a large part of the black economy accrues not from illegal sources of wealth but disincentives to legal transactions. As a 2012 ministry of finance white paper on black money pointed out, real estate lubricates tax evasion because of a high property transaction tax in the form of stamp duty, greater than 5% in many states, and in a sector where other costs to enable a one-time transaction remain high. This is where we need reform, so people are incentivised to pay tax, not driven away by what they see as an unfairly high cost.

The black money law passed in 2015 was a good step but India needs many more measures to rationalise the tax structure, decrease the transaction costs of tax compliance and administration, greater reforms in vulnerable sectors like gold retail and real estate and faster moves towards a cashless economy.

India’s overall tax revenues remain very small for the size of its economy. Our tax-to-GDP ratio hovers at about 17.2%, compared to a 24% average for a subset of OECD nations and partners with lower GDP such as Korea, Turkey, Mexico, Chile, Portugal, Greece, Slovenia, Indonesia and Poland. As Praveen Chakravarty and Vivek Dehejia have shown, between 1991 to 2014, India’s tax-to-GDP stayed roughly constant between 16% and 17% while GDP increased 4.5-fold. “That, curiously, India’s rate of tax revenues did not grow commensurate with its GDP growth post the 1991 reforms,” they rightly argue “is inexplicable.”

The problem of black money is structural. This is why we need inward-focussed systemic changes, even as we clean up global tax havens servicing the high and mighty.

black money Narendra Modi Panama tax-evasion
Share. Facebook Twitter Pinterest LinkedIn Tumblr Email
Previous ArticleWatching, Streaming, and Other Things to Do with TV
Next Article Missing a trick on Pakistan: how Islamabad can be made to change its game