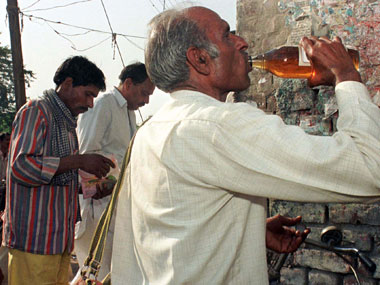 Kerala chief minister Oommen Chandy is known to be a teetotaller but his short sighted decision to move his state towards prohibition seems to be born less from his own predilection and more from an internal factional fight with the Congress party. Ever since anti-liquor campaigner VM Sudheeran took over the reins of the Kerala Congress, the fight over booze has become a shadow play for control over the state government.

Prohibition has never worked anywhere in the world, even though few other ideas things unite religious leaders of all types, like it has in Kerala. Elements of the Catholic Church, the Kerala Muslim League and sundry other political parties have rallied behind the move in God’s own country, never mind that it’s a flawed idea.
To begin with, the state has no business getting into the personal domain. What’s next: a move to ban smoking, sex out of marriage, same-sex unions? Going by the fierce morality that drives prohibition, and the religious sanction for it, the same logic would apply to other social actions that are anathema to conservatives too.
Second, by driving liquor consumption underground prohibition always strengthens bootleggers, liquor mafias and corruption, rather than the social good abstinence is supposed to lead to.

Bansi Lal found this between 1996-98 when his failed order for prohibition in Haryana ultimately led to the Justice JC Verma Commission ruling that this had created a “situation for smuggling of liquor.” He ultimately reversed Haryana’s prohibition after his party did badly in Lok Sabha elections.

NT Rama Rao’s prohibition in Andhra too, driven by an agitation by an anti-liquor agitation by rural women, was ultimately reversed by his successor Chandrababu Naidu on the grounds that it was neither “successful” or “feasible”.
Third, the Kerala government’s move currently is aimed at licensing of bars and at phasing out government outlets. What about toddy, the elixir of rural Kerala? The Kerala scholar Robin Jeffrey has shown the powerful role toddy tapper unions played in communist mobilisation in Kerala from the 1930s-onwards and toddy consumption remains popular. Stopping liquor consumption while not going for toddy, is a bit like raising taxing for cigarettes but not doing so for beedis, which are consumed much more.

This is hypocrisy, not morality.

Fourth, prohibition can never be enforced effectively. Gujarat is a case in point, where in 2011 a Gujarat High Court judge reportedly rebuked the state government for strange billboards on an Ahmedabad road carrying a warning, “”Do not drive cars, while drunk.” The billboards disappeared thereafter but the irony of such warnings in a state that legally does not allow drinking was clear.

Fifth, the idea of temperance in Kerala can be traced back to 1787 when the ruler of Travancore prohibited the use of ‘takara’ or palm brandy and the Malabar area went dry in the 1940s and 50s under the Madras Prohibition Act of 1937, but Malayalis remain the largest liquor consumers in India per capita. The state could lose up to a third of its annual plan outlay by foregoing taxation from alcohol.

So, a ban on booze may help factional Congress leaders score brownie points but will do little less.