You can’t build a sport without putting it on TV – we don’t have to be a one-sport nation: Uday Shankar

HomeMediaYou can’t build a sport without putting it on... 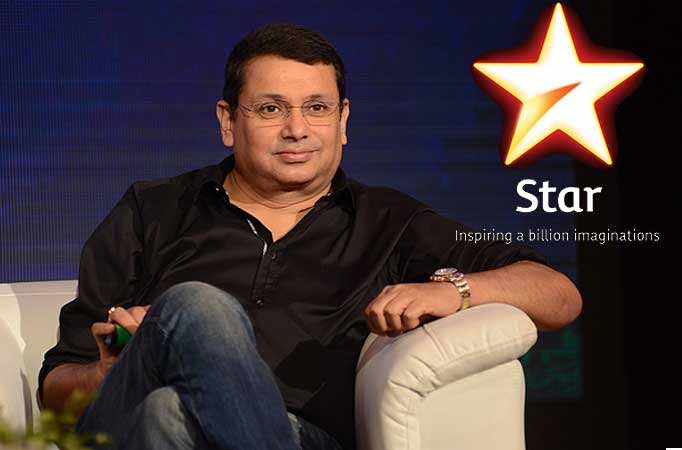 Uday Shankar is CEO of Star TV India, which broadcast and backed the Pro-Kabaddi League. Kabaddi surprised India, garnered 2.5 times more viewers in its first week than the FIFA World Cup and became the most-watched Indian live sports event after IPL. He discusses India’s prospects as a sporting nation, the role of TV as a social catalyst in creating sports culture and lessons from the Kabaddi League.

Were you surprised by the success of the Pro Kabaddi League?

Kabaddi is truly the only all-India native game that we can boast of and it survived without any formal institutional support. No newspaper or TV channel covered kabaddi. There were no big prizes for winners. Above all it had never been very aspirational for the affluent and urban middle class to play kabaddi. It wasn’t seen as a formal sport and had this label of time-pass for those ‘poor-rustic’ people who could not afford a serious game. And yet if the game has remained so strong in pockets of the country I always felt that there must be some power in this.

I also felt that when you start looking at kabaddi it is a very good sport. It requires high levels of fitness, it is a very intense contact sport, has huge amounts of energy and dynamism and doesn’t require too much investment in time to play and watch. So for these reasons I thought it worthwhile to do it.

That is exactly where the opportunity was. Who would have thought that even in Mumbai, the home of cricket, 700 kabaddi clubs were thriving without any financial support. Indians are getting increasingly comfortable with their own individuality and we thought we had an opportunity if we could flip this game on its head, present it as uniquely Indian but also as very slick, polished and contemporary. Intuitively I was confident but the response still surprised me. The kind of instantaneous burst it generated was quite refreshingly surprising.

Are we ready to become a multisport nation from a one-sport one?

We are definitely ready for more sports to coexist with cricket. Cricket is very big because it is played all across the country, every street and every paddy field doubles up as a cricket pitch at some point. As more games get media support people will start consuming them, playing and investing in them.

How crucial is role of television in creating a sporting culture and how different was your experience in broadcasting kabaddi as opposed to say hockey or badminton?

You cannot build a sport without putting it on television. Television promotes a sport and creates a platform for its consumption but more than that it becomes a platform for recognition of excellence in that sport. If somebody does well in kabaddi, his face gets recognised immediately across the country and that you cannot do without TV. Even before money, every sportsperson craves first for recognition and then adulation. TV facilitates both. If a sport has to grow and compete with cricket it has to have a fair share of TV exposure. Without that you cannot do it.
As far as kabaddi versus other sports is concerned, kabaddi’s constituency is far more widespread than any other sport. It is played in villages and even rich people are familiar with it. Informally or casually we have all played kabaddi at some stage of other.

Second, kabaddi is a relatively simple but very attractive game. You don’t need sticks, you don’t need a fancy court you don’t need a ball or a large number of people. It’s not expensive to play and it is a very intense game. As opposed to cricket which is highly skilled and highly technical, this one is highly physical. There was a vacancy of sorts for an intensely physical contact sport in this country which is where we stepped in and where kabaddi has an advantage

What global lessons did you draw on to produce the Kabaddi League?

We interacted very closely with people in our global system, for instance with David Hill, the man credited with the revival of the National Football League on Fox and English Premier League on Sky. One of the biggest challenges was putting together the production team because kabaddi had been never been produced for TV: you didn’t have a kabaddi cameraman, a kabaddi specialist director, producer etc. So we got a rugby guy to be the director and a boxing guy and so on. We drew into global expertise to package kabaddi for a national audience.

How do you react to other kabaddi leagues on television and how soon do you see this becoming profitable?

I don’t see other people doing kabaddi as competition as long as they stay focused on quality. The more the merrier. If more people do it on the scale we do or better, it will only improve the sampling and consumption of kabaddi. Cricket is big here and soccer in Europe because there is so much supply. People need to consume content to want more. The fear is that diluted distorted cheaper clones prop up very easily in this country and that would be damaging. If people see another kabaddi match which is disappointing then it would hurt the entire cause of kabaddi. If other broadcasters are doing kabaddi as long as they are doing the same or better quality, then it is great for kabaddi and everyone.

As far as making money is concerned, that is still a long time away because it is a fairly expensive exercise. Unlike cricket where BCCI and state cricket associations have created and invested huge amounts of money in infrastructure, kabaddi has no infrastructure. Every place it was hosted we had to create the entire facility. While viewership numbers are very encouraging it is still a long way off from delivering returns on investments and will start paying only after several years. 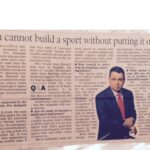