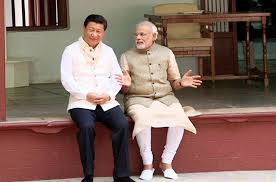 Despite misgivings about strategic encirclement through this new network of roads and ports, India must embrace the underlying economic logic. Just as the old defensive mindset of deliberately not building adequate roads along the Chinese border worked to India’s disadvantage, protectionist fears about being swamped by Chinese goods will prove counterproductive. China forced Indian defence forces on the back foot by building a massive strategic network of border roads, forcing a scramble to catch up. Similarly, avoiding the emerging trade architecture risks India being left out of Asia’s new geostrategic realities and the massive transformation this engenders.

The ‘Kolkata to Kunming’ highway alone, part of the BCIM economic corridor, could raise regional merchandise trade by $6 billion. Trade between countries in this region anyway rose from just $6 billion in 2001 to over $90 billion by 2011. The new proposals are following ground realities and India must aggressively engage with this reordering or be left behind. India’s position at the fulcrum of ancient routes provides an opportunity to harvest its geographical location and act as a new hinge for trade. China is already India’s biggest trading partner. Security concerns can be addressed by creatively partnering other big powers to build the roads, ports and infrastructure needed to improve regional connectivity.