What Congress can learn from the decline of British Liberals 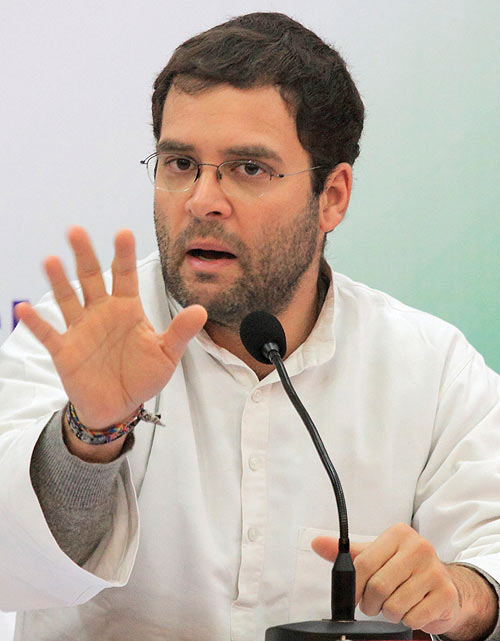 In November 1947, Mahatma Gandhi told delegates of the All India Congress Committee that he had come to them because they were the ‘real Congress’. In his view it was AICC that held real power, as opposed to the party’s larger general body that met once a year. For the Mahatma, even in 1947, the much larger party meeting only served as being ‘more or less demonstrative in character’.

Sonia and Rahul Gandhi’s current dynastic fiefdom is very different from the living and breathing internal debate that marked Congress under the Mahatma. But his point about real power residing in the hands of only a few rings even truer today. Rahul’s continuing mysterious absence during a crucial Parliament session is still raising questions.

Some angry party workers in Uttar Pradesh even put up ‘missing’ Rahul posters and a number of old family loyalists have begun raising uncomfortable questions about the leadership in public. But there is little public sign yet of the tumult outside reflecting on the few inside who wield real power.
A crucial AICC session seemingly planned for April – which many thought would draw a line under Congress’s internal catharsis with the possible anointment of Rahul Gandhi – has reportedly been pushed further into the distance. A year after the Congress suffered its worst electoral defeat in history, it is yet to find even the beginning of an answer to the many questions it faced in its annus horribilis of 2014.

The rise of fall of political fortunes is normal for any political party and Congress has faced many troughs before. But its current crisis is of a different order, it is an existential one. Political parties remain relevant only as long as they can provide a credible avenue to power and tap into a wide enough social constituency, else they fade into oblivion.

While the ‘dream’ of a Congress-mukt Bharat that Amit Shah began his presidential tenure of BJP with may be a bridge too far, there is no question that Congress today is at the same crossroads that the Liberal Party in Britain faced in the 1930s – when it was reduced from a dominant pole of the polity into an irrelevant also-ran. Or that faced by the Whigs, the Liberty Party and the Free Soil Party, important players in 19th century American politics before the party system coalesced into a set pattern of Democrats versus Republicans.

Comparisons across time and space are tricky. But even so the decline of British Liberals offers a cautionary tale to Congress. Best symbolised by William Gladstone, the legendary counterpoint to the great Victorian imperialist Disraeli, it was a party that created the first basic British social welfare state.

As one permanent end of London’s politics, it never won less than 40% of vote share in every British election from 1859 to 1910. It was almost sunk by World War I, fought back somewhat in the 1920-1930s where it fluctuated between 13-29% of vote-share in successive elections, but was wiped out in 1931 when its support fell to just 6.5%.

Liberals had remained politically strong for almost a century because of their appeal to British working classes but the rise of the Labour Party, which articulated the concerns of lower classes better, combined with poor Liberal leadership eventually made them irrelevant as a major player.
Like the British Liberals Congress consistently polled over 40% of votes in every Indian election from 1950 to 1984 except for the post-emergency low of 1977. After the reverses of the early 1990s it managed a national vote-share percentage in the high-20s through the coalition-building years from 1996-2009.

In 2014 though its national vote-share fell below the 20% threshold for the first time, an astounding 178 of its 464 parliamentary candidates lost their deposits and its total number of state assembly legislators also fell to the lowest point ever. Even more serious for Congress is its inability to weave a convincing new narrative about itself.

With the exception of Assam, every state with over 50% of youth voters (UP, Rajasthan, Delhi, Jharkhand, Haryana, Bihar and MP) delivered astonishingly high returns to NDA in 2014. Politics is never static and fortunes may change. But the harsh fact for Congress is that the ‘there is no alternative’ argument that won it many state elections by default through the 1990s doesn’t hold water any more.

AAP emerged as an alternative in Delhi and did the unthinkable. Just as the Labour Party in Britain usurped the narrative of social equality from the Liberals, Congress is finding itself increasingly speaking an idiom that few new voters relate to, even if its core message of left-of-centre economics and social equity may still be relevant.

Congress needs a reboot but is losing previous time. BJP is already claiming to be the world’s largest party. But across the world, the trend is towards a decline of the traditional hold of political parties as permanent tribes. Instead, they are turning into platforms which grow or shrink with swing voters on the strength of their message and leadership in every election. Party leaders need to keep the platform alive and viable. Simply relying on history or a glorious past as a guarantee of survival will be a grievous mistake.