HomePolitics & Current AffairsDabang kaun: Being macho in UP 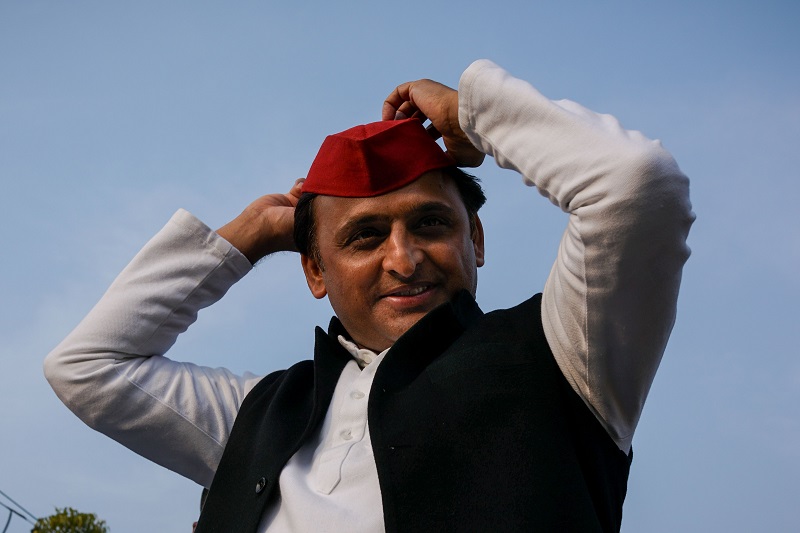 Machismo has always had political currency in UP, the original birthplace of terms like ‘dabang’, ‘bahubali’ and the utterly untranslatable ‘varchasv ki larhai’. It lies at the heart of Akhilesh Yadav’s 2017 makeover, as epitomised by his “let’s swap seats if you like UP so much” jibe at PM Narendra Modi this week as well as his low joust on “Gujarat ke gadhe” earlier. In an election that’s being fought presidential style, aggressive personality politics is par for the course. But the question is, will it matter more this time than the traditional game of jaati sameekaran (caste arithmetic) and social engineering that defines UP’s politics?

UP’s voters have turned out more heavily in the first four phases of voting in 262 seats across 50 districts than they did in the same seats in 2012 or the 2014 Lok Sabha election. Are they being driven more by the pushes and pulls of caste calculations or something more primal? Mayawati may be banking on Muslims and Dalits, BJP on non-Jatav Dalits and non-Yadav OBCs, and Akhilesh on his core Yadav vote. Yet, the fact is that the election will be won by the leader who attracts the most unattached groups of voters or gets more groups from the other side to defect. This is where personality play and aggression become crucial.

For BJP, Narendra Modi, of course, is the original macho-man of Indian politics and it makes sense for the party to frontload its UP campaign with him. The tactic didn’t work in Bihar but BJP has emerged as the primary pole on most seats — the party everybody else is fighting the election against — only because of the PM’s continuing brand equity. For a state unit that hasn’t hit double figures in the UP assembly after 1996, the NaMo factor is vital. Even if BJP drops a sizeable chunk from its 42% vote share in 2014, it has significant leeway in a state where 29% votes handed Akhilesh a sweep in 2012 and 30% a full majority to Mayawati in 2007. The PM’s typically full-on acronym-laden attacks — SCAM (SP, Congress, Akhilesh, Mayawati), Behenji Sampatti Party — combined with his kabristan-vs-shamshan analogy and Amit Shah’s Kasab formulation are all part of an aggressive and polarising BJP positioning to augment its underlying caste arithmetic.

For Akhilesh, showing toughness is fundamental to his repackaged political avatar. Transforming his image from the ‘bhala but bechara larhka’ (well-meaning but helpless boy) into an aggressive man of the world who took on his dad and chacha — and won — has been crucial for keeping his party in the fight. For a leader who used Modi’s Gujarat template to reboot himself as vikas purush after 2014, it was essential for Akhilesh to show that he could fight his corner — and do it in full public glare. The unlikely alliance with Congress and the macho talk are all part of his rejigged political narrative. Even if SP loses power, Akhilesh has ensured that politically he will live to fight another day.

Mayawati, in any case, has always been the macho-woman of UP politics. Ever since the attack on her at a Lucknow guest house in 1995, toughness has been at the centre of her political imagery. It manifested itself earlier with the police and law and order when she was in power, but this time she has changed her oratorical style as well. The Mayawati of yore only read out from prepared speeches and hardly ever spoke to the press. The Mayawati of 2017 frequently departs from the text with off-the-cuff observations, like her retort to Amit Shah that he was the “biggest Kasab of all”. Fully conscious now of social media, Mayawati knows she is fighting for political survival and has been in attack mode at least since October 2016.

The only one missing out from the macho game in UP are the Gandhis. Sure, Rahul Gandhi has been giving out occasional hard soundbytes and spoke much more than Akhilesh at their maiden joint press conference but unlike the others, he hasn’t been on the ground 24×7. The alliance may end up benefiting Congress more than SP but yet another election has gone by with Rahul flitting in and out and Priyanka sticking to her family pocketboroughs.

Sheila Dikshit’s comment on Rahul needing time to mature hasn’t helped. Caste may be the bedrock of UP’s politics but narratives matter too. As sociologist Dipankar Gupta has pointed out, the “relationship between caste and election results is untestable” because voters do swing and the most numerous caste barely crosses 20% anywhere. There are 25 lakh new voters in UP this time, and 76 seats in 2012 were won by a less than 2% margin: SP won 37 of these. It is marginal seats like these and non-ideological fence-sitters among voters who will tilt the balance. This is why personality battles matter. Brace yourself for more aggression as the campaign hits the final lap. 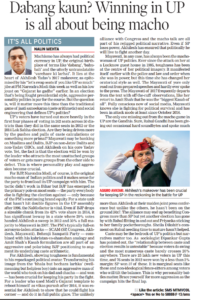