Glad NDA learnt democracy not about arrogance but about dialogue: Jyotiraditya Scindia 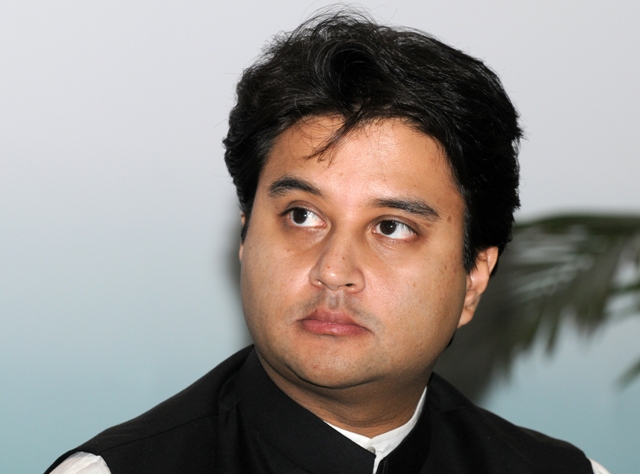 A thaw between government and opposition enabled 13 bills, including the constitutional amendment on GST, to be passed in Parliament’s monsoon session, the most productive since 2014. Jyotiraditya Scindia, Congress chief whip in Lok Sabha, spoke to Nalin Mehta and Sanjeev Singh about changing government-opposition equations and concerns over the government’s handling of Kashmir and cow vigilantes. Edited excerpts:

After the all-party meeting, are you satisfied with steps being taken on Kashmir?
We passed an all-party resolution in Parliament, Congress piloted it. I personally spoke to the government and said we must pass an all-party resolution because the situation is very alarming. We spoke to all political parties across the spectrum. I spoke to Sudeep Bandopadhyaya ji (Trinamool Congress), Bhartruhari Mahtab ji (Biju Janta Dal), Anant Geete ji (Shiv Sena), Mulayam Singh ji (SP), Jay Prakash Narayan Yadav ji (RJD), Tariq Anwar ji (NCP) and the Left: everyone was in full agreement. I then coordinated with Rajnath Singh ji and Ananth Kumar ji and we passed the all-party resolution.
The situation is extremely alarming. We urge the government to act to ensure that there is peace and stability in the region. There can be and there will be no compromise with regard to unity and integrity of our nation and national security. Kashmir has always been and is an integral and important part of India and will always remain so.

Do you think the PM should have spoken much earlier than he did on Kashmir?
PM should have spoken much more on many issues confronting the nation. As the pradhan sevak, as he calls himself, 125 crore people expect him to voice his views on many issues that may range from Kashmir to price rise to unemployment to Dalit atrocities, to the flood situation, to failures in foreign policy and with regard to membership of the NSG.
There are multiple issues but there has been a studied silence by the PM. He has made certain statements but those have come almost three weeks to a month post the incident. On Dalit atrocities, none other than Babasaheb Ambedkar’s grandson, Prakash Ambedkar, himself has commented on the PM’s statement that it is too-little-too-late. These four words symbolise the government’s response on multiple issues.

What is your position on talking to Hurriyat and separatists in Kashmir?
Congress party’s position on this is extremely clear. Congress in its ten-year tenure not only made sure that all stakeholders were spoken to with regard to the Kashmir issue but ensured peace and stability in the region.
Now there is certainly a feeling of distance and vacuum. There seems to be a lack of communication between Centre and state. There is also a conflict within the state government. It is almost like a marriage of hypocrisy where you have two divergent ideologies coming together to form a government.

How do you react to the PM’s statement on cow vigilantes?
PM has given a very strong statement where he has said that 70% to 80% are “anti-social elements”. So my question to the home minister to which we received no response and which was one of the reasons why Congress party walked out of the house, is that if PM himself has said that 70% to 80% of the gau rakshak samitis are “anti-social elements” then what is the action that this government is going to take against these anti-social elements? How are you going to identify them and how are you going to take action against them? We got no response.

Do you see any action being taken on the ground?
No, not at all and if you do, kindly enlighten me because i would be very happy to be enlightened if there is action on this front.

After GST Bill, are we seeing a turning of the page in the government-Congress relationship?
The relationship between government and opposition in Parliament, the tone and tenor of that dialogue, is the responsibility of the government. There was a great sense of obduracy, confrontation, sense of arrogance, and a steam-rolling attitude by this NDA government in the first two years of its tenure. It finally realised when it met with a roadblock in the upper house that this policy cannot last forever. This enlightenment process took them a period of two years and i am glad that it has dawned on them that parliamentary democracy is about dialogue and conversation.
On GST, initially there were seven issues – which we then lowered to three – that we insisted upon. It took this government two years but it realised that Congress was arguing in the interest of the nation and finally relented and agreed. I thank them for that.

Is this a template for how politics will unfold from now on?
A month is a very long time in politics so it will be very difficult for me to tell you. 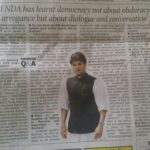