A man was bludgeoned to death in cold blood inside his own house. His son beaten to within an inch of his life. Yet, we see little remorse, shame or introspection. Only politics.

India’s culture minister Mahesh Sharma has called the mob-murder an “accident”. Another former BJP MLA told TV cameras it happened in “excitement”. Tarun Vijay, Rajya Sabha MP and former editor of RSS weekly Panchjanya, has asked why there was no outcry from the secular media and leaders when BJP leader Tika Lal Taploo was killed by jihadis in 1989? He has also asked a question of “so-called liberal Muslims”. “Have you done anything to show Hindus that you stand with them when they are assaulted by the Andrabis? Muslim silence on Hindu woes is often taken as support for intolerant Islamists.” 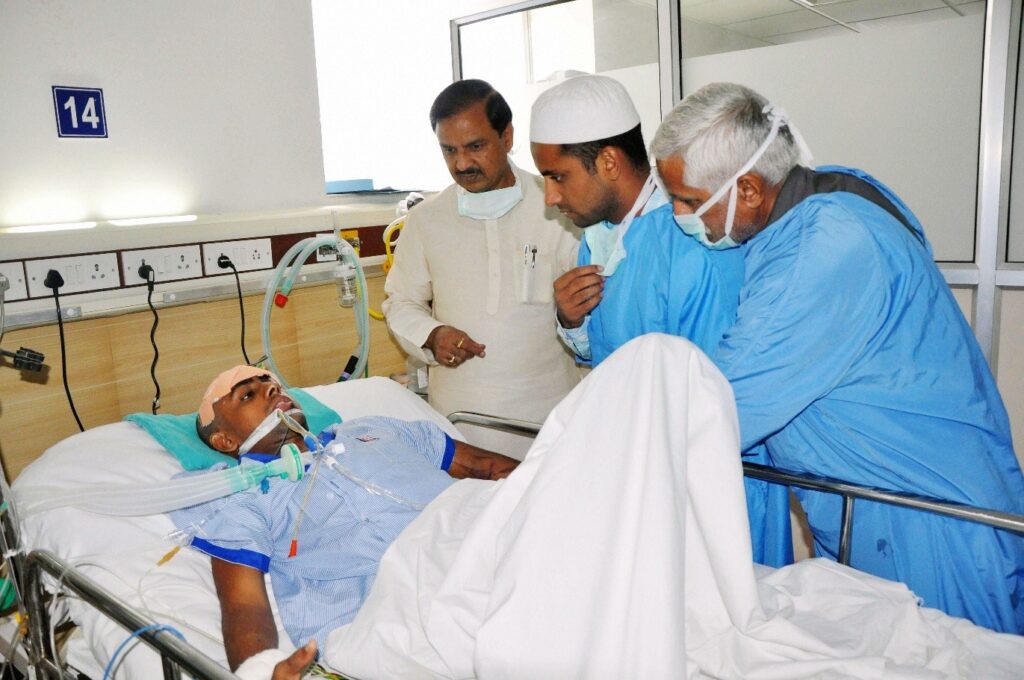 Yes, they have all also condemned the incident and promised justice. Vijay has been the most specific in this. “Lynching a person merely on suspicion is absolutely wrong, the antithesis of all that India stands for and all that Hinduism preaches” he has argued, going on to add that such incidents will be antithetical to Narendra Modi’s development agenda.

What secularists, media or hotheads from either religion have done in the past (correct or not) is irrelevant. Qualified statements of condemnation or remorse raise even more questions than they answer. Lynching is wrong. Period. Even if there had been beef in the refrigerator, the lynching would have been reprehensible.

Asking why crimes against Dalits are not given equal play (irrelevant in this context) or questioning previous acts of omission or commission by anyone who questions the climate of intolerance does not reduce the gravity of what has happened.

This is a moment for signaling intent. Instead, what we are getting is twisted political rhetoric that is laying bare the wide gulf between what right-wing hotheads want and what a liberal idea of society is (which is essential for good business too, by the way).
SP is getting it wrong too. It defied reason why the local police has taken samples of the meat stored in the murdered man’s fridge. So what if it was beef, lamb, or chicken? Murder in cold blood is murder in cold blood.