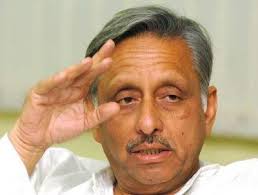 Parts of Srinagar and north Kashmir remain under curfew for the 48th consecutive day since violence first started in the Valley after the death of Hizbul Mujahideen commander Burhan Wani. Congress leader Mani Shankar Aiyar was recently in Srinagar with a civil-society delegation that met various Kashmiri groups and talked to Nalin Mehta and Sanjeev Singh about his impressions:

Why do you think the current unrest in Kashmir is different?
The Kashmiris we met stressed this is not like the agitations of 2008 and 2010. Those had specific antecedent causes and they insisted it was just happenstance that the killing of Burhan Wani took place before the current trouble started. They said an enormous amount of pent-up resentment was bubbling up and had exploded.

What can be done to defuse tensions?
The local delegations said they had been hearing this question for 25 years. It took us a while to get them to start talking. Then they said the first step is to apologise to the people for what they have suffered most recently.

What do they specifically mean by ‘azadi’?
As far as the crowd at the hospital where i was stopped from entering was concerned, the ‘azadi’ slogan was attached to the slogan ‘go India go’. They want complete separation from India.
But the other people whom we met – teachers, doctors, intelligentsia – they said if you don’t give us autonomy what alternative is there to ‘azadi’?
When i pointed out that as home minister P Chidambaram had taken a proposal to the cabinet committee that suggested we begin with 1947, when the state’s accession was accepted with only three subjects allotted to the Centre, there was pause for reflection. We said you must accept the accession and then cherry-pick from all the legislation and programmes that came since.
We asked do you really not want MGNREGA, RTE, RTI, NRHM or ICDS? They began to reflect. Intriguingly, AFSPA is not the primary issue any more, like in the past. It is a definitive political settlement they seek.

What about Pakistan’s interference?
No one said we want to go to Pakistan. They only said what has Balochistan to do with Kashmir? They were infuriated that PM Modi didn’t say a word on their suffering in his Independence Day speech. He did say something later but it is too little too late.

But who should we talk to?
There is no point in only talking to those we are already talking to. It doesn’t only mean Syed Geelani or Hurriyat but also the phenomenon of kids on the street who seem to be out on their own. The teachers said they have no control. They said do you really think that in return for some money from Pakistan we would send our children out to be killed? They indicated we had to go down to the masjid committees or the mohalla committees to reach the kids.

But finance minister Arun Jaitley has blamed Pakistan?
Jaitley is one million percent wrong, as he usually is. He is from Jammu and showed himself to be paranoid by saying Kashmiri children are stooges of Pakistan.

But it has been clarified that Jaitley did not call Kashmiri children ‘Pakistani stooges’.
They always do that but this kind of attitude is wrong.

What about the view that the vast majority of Kashmiris are not agitating, only a small minority is?
PDP workers are responding to Mehbooba Mufti’s claim that only 5% were involved by saying that actually only 5% are not involved – and that 5% includes Mehbooba.
Despite the very negative attitude we found among the people we met, they are willing to at least begin to talk but they see no serious intent by the current government. Instead of going back to the distant past we should see whatever has been recommended by various forums since 1995 and decide what we in Delhi are willing to offer instead of clichés about how sorry we are. This is like pinching a baby and then rocking the cradle to put it back to sleep.