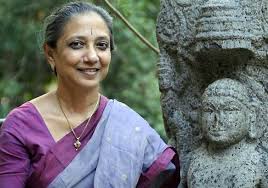 The arrest of Central Board of Film Certification (CBFC) CEO Rakesh Kumar on charges of bribery is at one level a case of alleged personal dishonesty. But at a deeper level, as chairperson Leela Samson has argued, it is another reminder of India’s flawed system of film censorship. This must now end. CBFC is a statutory body under the information and broadcasting ministry, its now-arrested CEO an Indian Railways officer. What pray does expertise in railways have anything to do with films? Unless, you are looking to appoint any government officer, with whatever expertise, under the misguided notion that only government knows best.

Tight-fisted government control over funding and appointments means that even independent-minded artists like chairperson Leela Samson end up as just figureheads, with little say on operations and appointments. Samson has been quoted in the past, saying that 90% of her colleagues are “uneducated” and an “embarrassment”, many with political links. Further, CBFC remains cloaked in opaqueness. It hasn’t published its annual report online since 2011. And for a body that certifies 13,500 films yearly, it is short-staffed. Even Samson’s own term has expired, with no replacement.

Film censorship in other democracies is not controlled by government. Australia’s film classification board is an independent statutory body, answerable only to Parliament and comprising full-time multi-sector representatives. Britain’s equivalent is an independent self-funded body, also accountable only to Parliament and the public. The Motion Pictures Association of America is more industry-oriented, essentially run by the film industry itself. Overall control of film censorship by an opaque government ministry is a relic of British India when films were seen to be too socially volatile to be left outside the purview of government. It is time to scrap the old system and create an independent self-funded body more in tune with the times.

If Punjab goes out of ‘Udta Punjab’ will India go out of ‘Mother India’?