Modiji is a master of many things. A manly chappan-chati-ed deliverer of soaring words, a conductor of non-stop action, a magic weaver of consummate dreams and now also an international rock star whose name, like Mohammad Ali’s, will forever be conjoined with Madison Square Garden. Achhe din may not be here yet but they are just a garba away with the pied piper from Gujarat playing his one-man band. The question is how. 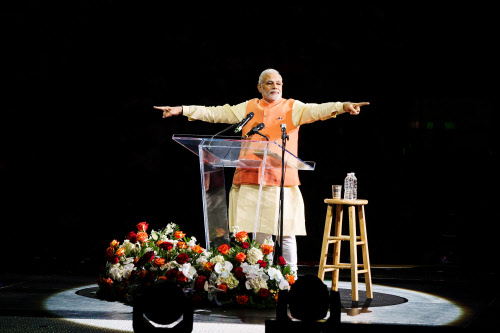 If sports ministry is a microcosm of the ground beneath the halo then Modiji may just have to be careful with the density of his dhokla. Just as India’s athletes were getting ready for Incheon in those soaring days of Modi’s May coronation, the ministry of youth affairs and sports was redesignated as a new ministry of skill development, entrepreneurship, youth affairs and sports. Skill development is a mantra for Modiji who, as he reminded swooning crowds in New York, is betting on India’s three Ds: democracy, demography and demand. Good idea, except that when you click on the skills development and entrepreneurship section of the ministry website, all it shows is a deadpan message: ‘under construction’. It is nicely designed, three hard-working looking cartoon characters doing the heavy-lifting for the message but four months after such a crucial department was merged into a new omnibus ministry, even the gaiety of the animators cannot mask the dismay at lack of content.
No doubt, Modi sarkar has many grand plans for its much-needed Skill India project, and the newly empowered ministry has the humongous task of coordinating what was earlier done in isolation by 20 ministries implementing 73 different skill-related schemes worth Rs 6,000 crore. When the hapless Manmohan Singh tried to create a similar ministry in 2009, bureaucratic turf wars ensured he failed. Modi has pushed through the impossible by getting powerful ministries like finance to cede control of entities like National Skill Development Agency, which report now to one minister, two-time Assam MP Sarbanand Sonowal. But for a government that is so big on digital media, for such a path-breaking department to have virtually nothing to say for itself online is puzzling. The officers come on time now, the minister says he is in office till 9 pm clearing files but either the ministry has seceded from online publicity or it doesn’t have much to say so far. Therein lies the devil in detail for Modi.

So overpowering is his persona, so omnipotent his imprint that even a simple matter like the Asiad athletes’ lists was sent to PMO for clearance. The PMO duly reduced the original 942-member list (662 athletes, 280 officials) to 679 (516 athletes, 163 officials). When athletes cried foul at this sudden bureaucratic sleight of hand, another 17 names were added on September 14, five days before the opening ceremony. It would have been funny if it wasn’t so tragic. One could be forgiven for asking, as Sir Humphrey did of PM James Hacket in the BBC series, Yes Minister. “Prime Minister, what is our policy on labour and employment?” To which he replied: “Our policy is not to have a policy.”

Athletes prepare for years for that one shot at glory and the last-minute roulette added to their uncertainty. Abhinav Bindra complained that late clearance forced him to worry more about his visa than his gun or the shooting range. No one will quibble with cutting costs but surely these things can be better planned and done in advance.
The sports minister mercifully chose not to go to Incheon but the sports secretary did, accredited as sports minister! So has the secretary’s wife — on her own expense — but this goes against the ministry’s own position. It refused to allow athletes to travel at their own cost, even if accredited.
If Manmohan Singh was like the geeky class nerd, happy to be adopted by the powers-that-be and be their voice as class monitor, Modiji is the throne, the power behind the throne and the man on it – all rolled into one. But he cannot rule India all by himself. The sports ministry mess is a case in point. 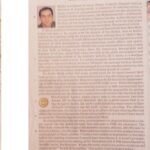