MOVING BEYOND THE BANDH

Enunciating his political ideas for India in 1908, Gandhi wrote a book called Hind Swaraj, that among other things, distilled his ideas about non-violent resistance, bandhs and hartal. In a week when several political parties seem to have rediscovered the bandh as a political tool, it is useful to go back to the original master of the non-violent protest who argued that such passive resistance was a “method of securing rights by personal suffering” and was a traditional method of expressing political discontent in India. “We cease to cooperate with our rulers,” he wrote, “when they displease us.”

Gandhi was drawing from indigenous pre-colonial forms of protest and at least from the famous Banaras House Tax Hartal of 1810-11, such modes of protest have had a long pedigree. For Gandhi though, such mechanisms of protest were about morality and about the self.

They were never to be coercive. When he first called a national strike over the Rowlatt Bills of 1919, he chose a Sunday when few people were at work anyway and even those were instructed to take prior permission from their employers!

Compare this with the cynical uses of the bandh in the past week. Food prices are a serious issue but does virtually closing down the nation for a day provide any solutions? Trains were cancelled, airports were affected, commercial activity was hit and FICCI estimates a price tag of Rs 13,000 crore.

With the exception of Mumbai, the clear divide in the street response between Congress and non-Congress states hints at the role played by political coercion at the ground level – surely the price rise hits everyone equally and not just those in BJP-ruled states. The RJD-LJP bandh in Bihar against Nitish Kumar’s government is equally a choreographed act of political theatre, aimed purely at scoring political brownie points, and less at any principle.

The point is that bandhs for the sake of it may get politicians headlines but they have little efficacy beyond that as a tool of real politics in the 21st century. Gandhi and the nationalist movement evolved the tactic as a necessity against a colonial state and in an age where there were few other avenues for dissent.

They served then as a conduit of popular opinion and of mass mobilisation. The India of 2010 is very different. It has enough avenues open for us to go beyond the simple politics of obstruction.

The problem perhaps is that most of our politicians came of age in an older age, one in which the idea of the street strike and of obstruction were in vogue. The national mood today has moved along and regards bandhs as more of a hindrance to put up with than one that is necessarily empowering.

There is no question that the issue of food and fuel prices is crucial but it calls for a seasoned debate, an informed critique and political creativity by the Opposition, rather than going back reflexively to the blind politics of obstructionism that may well be past its use-by date.

Instead, we have seen the pantomime of the Left and the BJP organising bandhs on the same day and on the same issue, all the while pretending that they had nothing to do with each other. Only for Lalu and Paswan to then orchestrate a strike on the same issue against a state government that includes the BJP.

There is no question that rising food prices are a lightning rod but the fact is that there is no cogent idea so far for an alternative to reducing the unsustainable fuel subsidies bill. The BJP itself tried rolling back the subsidies in 2002 but aborted the move a year later in the face of similar protests. Now the clock has come full circle. With an unsustainable deficit of 5.5 per cent of the GDP, spending nearly $20 billion on subsidising fuel is simply too much. It is a difficult pill to swallow, after decades of subsidies, but we can not have the benefits of economic reform without its downside.

But equally, market pricing must be balanced with a way to replace general fuel subsidies with targeted assistance to the poor who genuinely need it. This is where we need a real debate and a concerted effort for effective solutions going beyond political theatre that borders on the absurd. 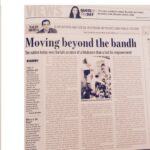