Muslims in quandary over SP, BSP 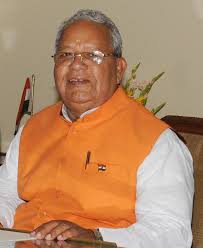 Kalraj Mishra is Union cabinet minister for micro, small and medium enterprises and BJP MP from Deoria, Uttar Pradesh. With UP’s voters set to cast their votes in the state’s fourth phase of voting on February 23, he spoke to Nalin Mehta and Sanjeev Singh about his party’s campaign and its poll strategy:

What is your feedback after the initial phases of voting in UP?
In the first phase on 73 seats, it did look initially that Muslims would go to BSP and RLD would get some of the Jat vote. However, seeing the way voting unfolded overall, Jats and non-Jats – especially most-backward classes – along with Savarnas have voted in huge numbers for BJP. In western UP, BJP will get a large number of MLAs elected in phase 1. Phase 2 went even better for us. In phase 3, SP won most seats in 2012 and we had only five MLAs. This time, the way SP has been struggling with internal strife and the manner in which Mulayam Singh Yadav talked of his helplessness in his speech at Jaswantnagar, even some Yadavs will vote for us. Yadavs can never go with BSP and a section of Yadavs will come to BJP. Most backward castes – whether they are Shakya, Maurya, Kushwaha, Sainis, Kumahar or Vishwakarma – are joining with BJP en bloc. In towns, traders were a little angry with us but as the election has progressed, they have also rejoined us.

You are confident of support from the trading classes?
Whatever little unhappiness they had is almost finished. Traders have joined us.

Has demonetisation not had any adverse impact on BJP?
I don’t think so. Traders were unhappy a little bit at first but now they think that nobody can do more for them than BJP. The announcements made in the budget and the one made by PM Modi on December 31 on collateral-free loans for smaller businesses for which the government will take a guarantee are big moves. The 5% tax relief for companies with turnover of up to Rs 50 crore will amount to benefits worth about Rs 7,200 crore and thousands of companies will gain from it. Traders are hopeful that they will get more benefits in the future. Demonetisation hasn’t had any negative impact.
We will benefit from division among Yadavs. Savarnas are with us while Muslims are in a quandary on whether to go with BSP or SP. The question is how much of their votes will go where but a division is certain. If Muslim votes get divided, our prospects get even better.

What about Mayawati’s Dalit-Muslim gambit?
Earlier she had all the Dalit sub-castes. This time it is not so. She only has Jatavs. The rest of the Dalits – Koris, Pasis, Valmikis – have left Mayawati. These are largely with BJP now. This is why the Dalit-Muslim card will not work because Dalits themselves are not together and the Muslim vote is in a quandary.
Our biggest plus point is Narendra Modi. It used to look earlier that the election would be fought on state issues but in village after village the way people are expressing support for Modiji has been astonishing. I am amazed at how people are saying that even if they didn’t like something they will still vote for Modi. The more the opposition hits Modiji, the more we benefit.

Have you succeeded in attracting non-Yadav OBC votes?
There is a BJP wave among non-Yadav most backwards castes. They are polarised in our favour.

Has this election been communalised?
Not at all.

What about anti-Romeo squads you promise?
The anti-Romeo squad is not communal. It is for protecting girls. SP brought goondas and spoiled law and order but no one ever behaved so badly with women as has happened now. Many incidents of molestation and rape happened in broad daylight, while a cabinet minister of SP government said politics is behind this. These kind of comments have only encouraged such bad behaviour.

But won’t BJP’s decision not to have a CM face adversely affect you? Why couldn’t experienced leaders like Rajnath Singh or you have been projected?
Our party’s ticket selection and strategy is decided by our parliamentary board which decided that it is not suitable to fight this election by projecting any one person. When the time comes, we will take a decision. Other parties are single-leader parties: like with Akhilesh or Mayawati. They have only one option. We have many faces and are fighting this election with collective leadership. There’s no downside to it.