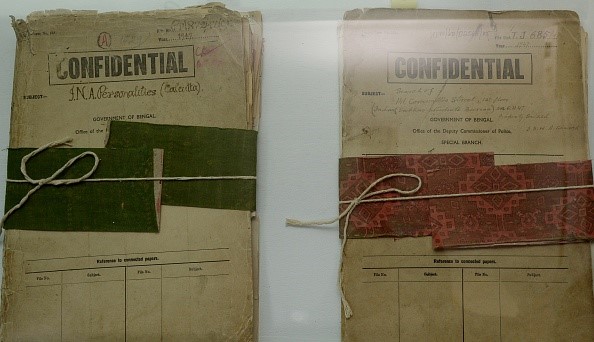 Did Shah Jahan want to build a black Taj Mahal? Did Lal Bahadur Shastri really die of a heart attack in Tashkent in 1965? Does the yeti really exist?

The mystery of Subhas Chandra Bose has been among great unsolved mysteries of India. Mamata Banerjee’s declassification of 64 Netaji files has just made it even more tantalizing. In one bold stroke Didi has got his family on her side, stolen a march over Prime Minister Narendra Modi who had personally promised to look into the matter and re-ignited a decades-old whodunit.

Whether Netaji was a Stalinist prisoner who returned as Gumnani Baba and whether Nehru’s government made a deal on him can only be answered from the files. On 14 December 2014, minister of state for home Haribhai Parthibhai Chaudhary said in a written reply in the Rajya Sabha that 87 top secret Netaji files could not be declassified because they are of “sensitive nature” that could be a problem for “India’s relations with other countries”.

The Netaji legend has also endured for so long because of what he represented as an alternative future for India — a muscular, “manly” counterpoise to dominance of Gandhian ahimsa and Nehruvian morality that defined the nationalist movement and post-independence India.
There is a reason why stickers of revolutionaries like Bhagat Singh and Chandrashekhar Azad still adorn most trucks and many car-windscreens. While most Indians followed Gandhi, many were equally ashamed at the notion of non-violence that was seen by many nationalist streams as too “effeminate”. Bose and his Indian National Army, in that sense, represented the martial valour of India in service of the nation.

Netaji loved dressing up like a general (even when he was the head of the Congress) and had dictatorial tendencies.
His 1935 book ‘Indian Struggle’ argued for a political system that was a mix of fascism and communism. In a 1943 speech in Singapore, Bose specifically called for a “iron dictator” who would could rules over India “for 20 years.” “There must be a dictatorship” he argued, “No other constitution can flourish in this country and it is so to India’s good that she shall be ruled by a dictator, to begin with …”

Many middle-class Indians still yearn for a strongman who can cut through the messiness of democracy and deliver governance. Netaji endures because while being a great patriot, he could also have filled in the blanks in that fantasy and for what could have been.