Oh Nalanda! We need a thousand Nalandas, but if Rajgir’s current experiment is a trailer then God save us 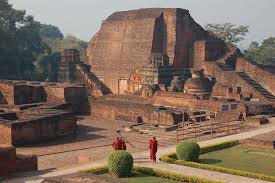 Aspiring students at the ancient Nalanda Mahavihar could only enter by answering tough questions from the ‘dwara pandit’, guardian of the entrance gate. Only one in 10 passed satisfactorily to join this Oxford of India which was already a few centuries old before even the idea of Oxford became a glimmer in the eyes of English dons in 1096. Nalanda II is meant to recreate that ancient glory, but seven years after Bihar’s assembly passed the first Nalanda Bill and four years after Parliament superseded it with the Nalanda Act, the new ancient dream has finally managed to open with just 15 students in Rajgir.

Not a brick has been laid except for the boundary wall, but its vice-chancellor, lost in the contemplative beauty of the ancient ruins, grandly declaims that Nalanda II will eventually have a teacher-student ratio of 1:8. Amazing ambition, when even Oxford and Cambridge have a 1:11 ratio. Only Harvard, current home of He Who Cannot Be Criticised, Amartya Sen, argumentative Indian at large and Nalanda’s chancellor, has one teacher for every seven students, but then Harvard also has a $30 billion endowment fund. Nalanda has only $446 million (Rs 2,727 crore) over 10 years.

The Nalanda idea is irresistible. To see its majestic goose-bump-raising ruins, to hear legendary tales of its scholars like Shilabhadra and the Chinese pilgrim Hieun Tsiang — just to meet whom King Harsha of Kannauj threatened to cut off the head of the King of Kamarupa — is to dream of reviving India’s ancient academic glory. So prized were these scholars and Nalanda such a brand name that, Hieun writes, it was common for frauds to pretend they were Nalanda alumni and thus “receive honour in consequence”.

So it may be understandable for today’s Nalanda grandees to get carried away and want to resurrect Nalanda’s glories (10,000 students, 2,000 teachers at its height) but can romance be a substitute for reality when you are building an institution — and a Nalanda, no less?
The word “Nalanda” is a Sanskrit combination of three words, Na+alam+Daa, meaning “no stopping of the gift of knowledge”. Nalanda II was meant to renew this gift to the world extending Indian soft power. Successive foreign ministers since the 2007 East Asia Summit never failed to drumbeat this, MEA even has a Nalanda cell, and over a dozen countries pledged support. The Chinese are gifting a library floor, the Singaporeans the library itself but they have all watched aghast as this symbol of revitalised Indian excellence turned into a familiar train-wreck of Indian babudom and file-pushing.

Some of the new IITs and IIMs, with much less money, are examples of what can be done despite facing similar faculty shortages and bureaucratic laal feetashahi. IIM Udaipur was announced three years after Abdul Kalam first arti-culated the Nalanda II idea in the Bihar assembly, two years after it passed the Nalanda Bill, but was off the blocks with its first 58 students in 2011. IIT Gandhinagar was born in 2008 but has already won a World Education Summit award for innovative education and will shift into its own campus next year.

In contrast, despite Nitish Kumar and the previous prime minister’s direct interest for almost a decade, Nalanda II has become an example of how not to build an institution. Even as different ministries such as finance and MEA fought for control over the new cash cow, the vice-chancellor’s appointment got embroiled in an unseemly controversy. Abdul Kalam, an original moving force, quit. Amartya Sen fretted that if Shilabhadra of ancient Nalanda had to deal with austere bureaucrats then the original university itself would never have existed. Between the dreaminess of its guardians and the clerical instincts of babus, Nalanda II became a tragic joke.

Except this is no laughing matter. Nalanda must not fail, cannot be allowed to fail. Dreaming is not enough to recreate a dream, nostalgia and romance no substitute for the brick and mortar work of institution-building. India needs a thousand Nalandas but if this is a template then we need a new one. 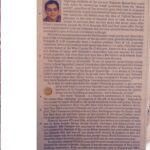