Open up for women: In Sabarimala temple case, constitutional right to equality trumps other arguments

HomePolitics & Current AffairsOpen up for women: In Sabarimala temple case... 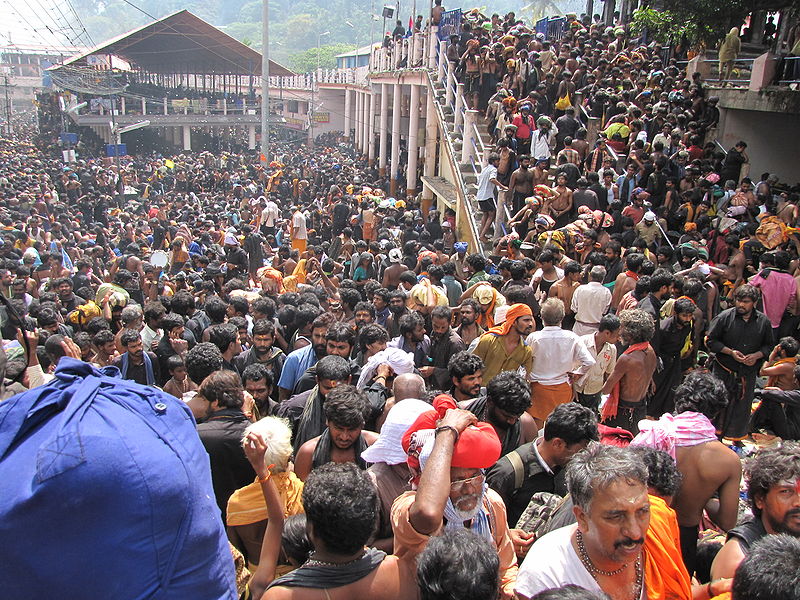 Should the 1,500 year old Sabarimala Sri Ayyappa temple be opened up to women? The temple authority, Travancore Devaswom Board, cites tradition to say no to women between the ages of 10 to 50 for its sanctum sanctorum.

The Supreme Court has rightly cited constitutional guarantees of equality to question why. “Unless you have a constitutional right to prohibit women entry,” remarked Justice Dipak Misra, heading a three-member apex court bench on the case, “you cannot prevent them from worshipping at the shrine”.

The case is still being heard, but it has already re-ignited old debates about legal secularism, the state and its right to intervene in religion. From political parties to traditionalists, a wide social coalition of those who oppose change is bandying around loaded accusations of “judicial misadventure”, charges of disrespect to age-old customs and warnings of adverse consequences if faith is trifled with.

Temple representatives have fielded three major arguments in favour of keeping women out. First, they argue, the deity is a ‘brahmacharya’ and the Constitution mandates that citizen’s beliefs should be protected. Second, they cite traditional notions of “impurity” and “purity” of menstruating women with the catch-all “beliefs are beliefs” argument. “In our houses females will not enter the kitchen during those days”, Prayar Gopalakrishnan, head of the Travancore Devaswom Board, has been quoted as saying.

Third, it is not safe for women to undertake the arduous trek to the shrine. “Why can’t people imagine Ayyappan in their thoughts and aspirations and pray to him? Why are women insisting to come to the temple that is in the midst of a jungle?” questions Gopalakrishnan. Well, in that case, why can’t men just imagine the deity in their minds too?

The safety and impurity arguments are both reflective of an outdated patriarchal worldview where women were expected to play subordinate social roles to men. Shutting women out on grounds of safety signifies a mindset that is unable to come to terms with a new India where women have equal status as men, serve in the army and air force and do not conform to old stereotypes of only being the beti, bahu or grihini.

The deity himself was born of a woman – Vishnu in his Mohini form. In a country where the mother goddess in its many forms is venerated across communities, to argue that menstruating women are in some way impure flies not only in the face of modernity and reason but also older traditions that antedate these beliefs.

From Gargi, who challenged the sage Yajnavalkya on questions of reason and was hailed as one of the greatest spiritual authorities of her age to Maitreyi, Lopamudra and Romasha, all of whom are said to have composed some of the hymns of the Rig Veda, women in ancient India did not have a subordinate place, nor were they excluded from any spiritual functions.

The ‘brahmacharya’ argument hinges on the question of belief and the right of believers to practise it. Yet, this must pass the test of constitutionality and citizenship rights. Dalits were also excluded from temples, precisely on the belief that their entry was considered polluting, but temple doors were thrown open after the Constitution made caste discrimination illegal. How is discrimination against women different? Article 15 of the Constitution guarantees that no person shall be discriminated against on the basis of religion, race, caste, sex or place of birth.

Unlike the American Constitution, the Indian Constitution combines freedom of religion clauses with a mandate to the state to intervene in religious affairs. Article 25 allows the state to restrict or regulate religious practices. It has done so ever since the Madras Hindu Religious and Charitable Endowments Act in 1951, the first state legislation to put in place an elaborate regulatory mechanism for Hindu temples and mutts.

Since the landmark Shirur Mutt judgment in 1954, which validated much of that legislation, the Supreme Court over the years evolved a doctrine of “essential practices” to decide which religious practices and rituals are eligible for constitutional protection and which weren’t.
It is equally true that over the years, the courts have also been criticised for pushing for what scholar Ronojoy Sen calls a “rationalised form of high Hinduism and delegitimating usages of popular Hinduism as superstition”. As Rajeev Dhavan and Fali Nariman once argued: “With a power greater than that of a high priest, maulvi or dharmashastri, judges have virtually assumed the theological authority to determine which tenets of a faith are ‘essential’ to any faith and emphatically underscored their constitutional power to strike down those essential tenets of a faith that conflict with the dispensation of the Constitution. Few religious pontiffs possess this kind of power and authority.”

While some of these concerns are valid, when constitutional guarantees for personal freedom and religious freedom are in conflict, there is no other agency but the courts that can adjudicate.

The Sabarimala case, along with the ban on jallikattu and the question of RTE exemptions to minority educational institutions, has once again put a spotlight on the dichotomy between modern notions of justice and equality and older religious practices, across religions. In a country of religious vote banks and in the absence of any political consensus on religious reform, it is up to the courts to evolve a new framework.