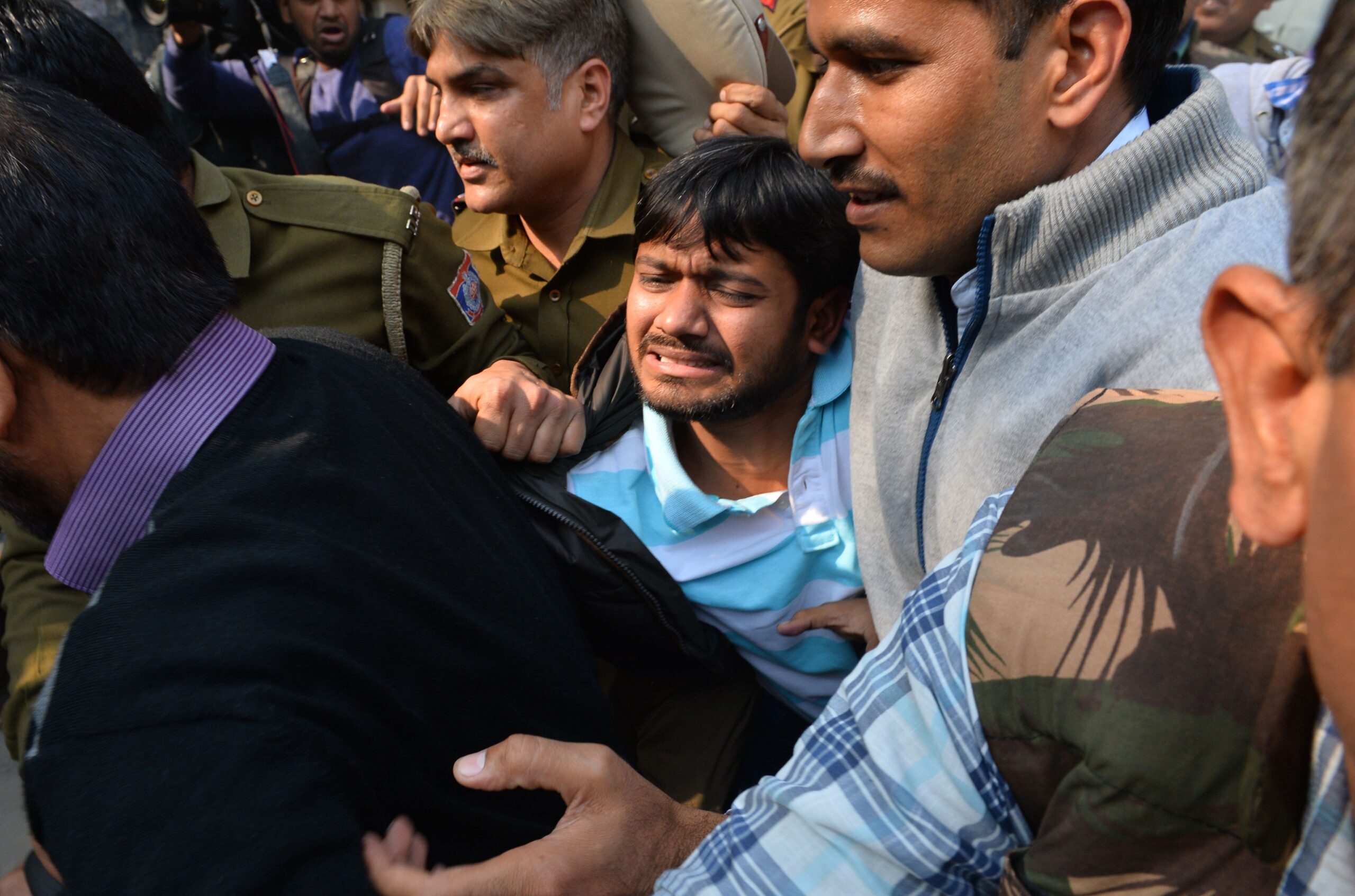 To be a patriot is not a license to be a goonda. To be a lawyer and “officer of the court” is not a license to beat up people. Just holding the tricolour and shouting “Bharat Mata ki Jai” does not confer immunity from punishment when you violently defy the express orders of the nation’s highest court and constitutional law.

Whether you agree with JNU student leader Kanhaiya Kumar or not, to allow a second attack on journalists and students in Delhi’s Patiala House courts by goons dressed in black is a shocking indictment of the Delhi Police. Its failure to take action the first time this happened emboldened the goondas in black who took the law into their hands, a second time.

The fact that Kanhaiya Kumar could be beaten up on court premises, despite heavy police protection and despite direct instructions from the Supreme Court, is shameful. That such vigilante-ism could happen in the heart of the nation’s capital, in its most high-profile court case and within walking distance of the Supreme Court and less than two kilometres away from the police headquarters should make us all worry about the state of the republic.
Police commissioner BS Bassi’s response that “use of force would have been inappropriate” because “lawyers are officers of the court” is indefensible. Lawyers have no special right to turn into goondas- no one has. If the Delhi Police cannot handle a bunch of lawyers going berserk, how can we expect it to handle real terrorists?
Somehow, it reminds me of the “there is a general sentiment in society” response that then-Ahmadabad police commissioner PC Pandey trotted out on 1 March 2002 when his police was swamped by the post-Godhra violence that engulfed Gujarat. That was still a mass riot though, Bassi’s cops were dealing only with a bunch of unarmed lawyers. Yet, disgracefully, they chose not to act.

Partisan policing is not new in India. What is new is that could happen so brazenly in defiance of the Supreme Court’s direct orders. The backdrop of aggressive public messaging by BJP spokespersons means that even the pretence of even-handedness has been given up.

Bereft of answers, the police commissioner was left to quote the 1954 Pradeep song “Dekh tere sansaar ki haalat kya ho gayi bhagwaan, kitna badal gaya insaan’ [see what has happened to your world, God, how man has changed’]. We don’t know whose fate he was lamenting but as the Times of India has argued “if vigilante groups are allowed a free run in the heart of the capital and on court premises at that, the rule of law becomes a sick joke.” 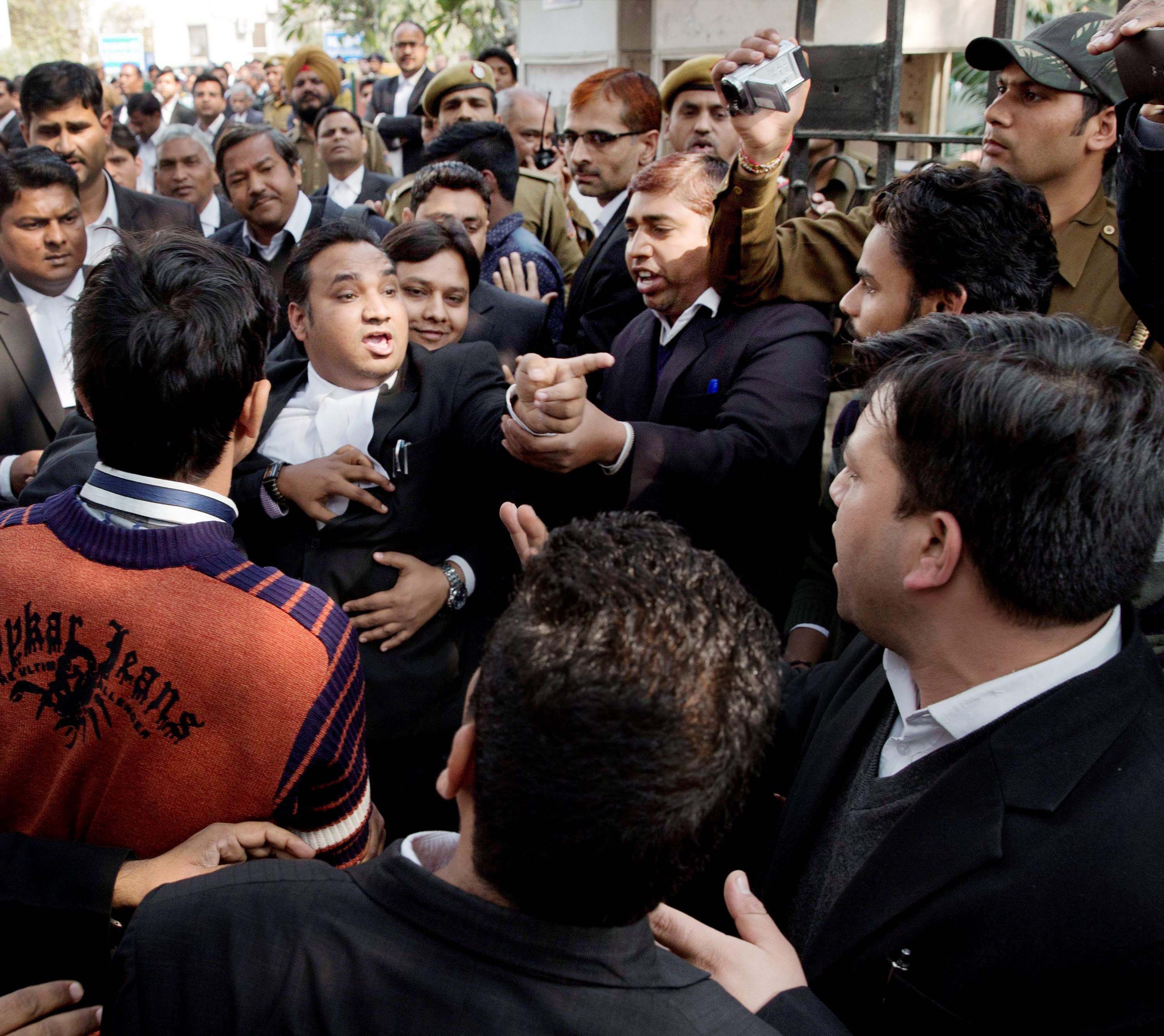 Ultimately, the buck stops with the police commissioner, who the Supreme Court has made personally responsible for the safety of Kanhaiya and he has “lost every moral right to lead the force,” as the Times forcefully put it.
Oscar Wilde was not entirely right when he argued that patriotism was only the “virtue of the vicious.” Most of us, after all, are patriots. But as the three ABVP students who have resigned following the government’s handling of the JNU action rightly put it, “there is a difference between nationalism and hooliganism.”