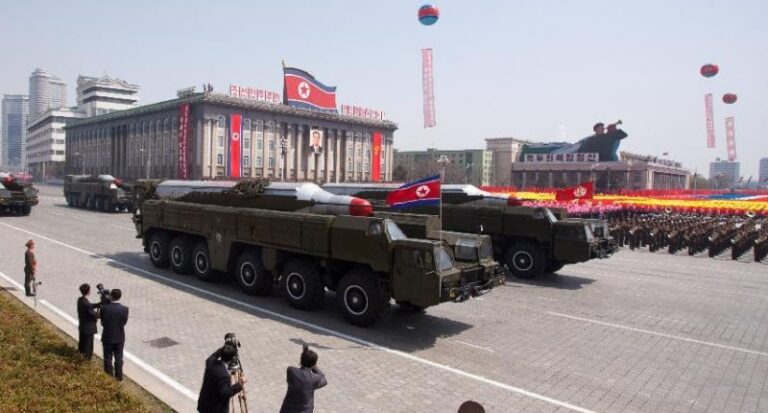 Kim Jon-Un’s advance birthday gift to himself of a hydrogen bomb test which North Korean TV announced as a “perfect success” has once again confirmed Pyongyang’s rogue instincts. With this explosion, North Korea is directly poking Washington in the eye and Americans should remember that all this is only possible because of help to North Korea in the past by a US “ally”: Pakistan.

While China has also played a role in North Korea’s programme, Pakistan’s assistance is well-documented. On 24 November 2002, for example, the New York Times reported in a detailed investigative article that American spy agencies had tracked Pakistani military planes landing several in North Korean airfields to take home a secret payload of ballistic missile parts in return for a “many of the designs for gas centrifuges and much of the machinery it needs to make highly enriched uranium for the country’s latest nuclear weapons project, one intended to put at risk South Korea, Japan and 100,000 American troops in Northeast Asia.”

It was a “perfect marriage of interests” between Islamabad and Pyongyang and it was conducted through American-built C-130 planes that were supplied to help then-President Musharraf fight Al Qaeda.

The US Secretary of State at the time, Colin Powell, then said that he had repeatedly warned Musharraf that “inappropriate” contact between Pakistan and North Korea would result in “consequences.”

The “father” of Pakistan’s nuclear bomb Abdul Qadeer Khan even confessed in 2004 to selling nuclear secrets to Iran, North Korea and Libya but was immediately pardoned and detained in his home. He was freed even from that in in 2009 by a court ruling that allowed him to “lead a normal life”.

Never mind the fact that a United Nations nuclear watchdog had found in 2008 that Khan‘s network smuggled nuclear blueprints to Iran, Libya and North Korea. The US State Department also imposed sanctions on 13 individuals and three private companies because of their involvement in Khan’s network.

Yet AQ Khan, last in the news for calling President Abdul Kalam an “ordinary scientist” when he passed away in 2015, is still a free man. Pakistan’s Foreign Ministry said on his release that the “so-called A.Q. Khan affair is a closed chapter” and Pakistan managed to successfully shield him from punitive American action.

So, as major western leaders pour opprobrium on North Korea for its fourth nuclear test since 2006, they should not forget that the real issue is proliferation. Despite knowing better, they continue to give Pakistan a free pass.