Rule of Right? Daal-chawal only ideology that matters 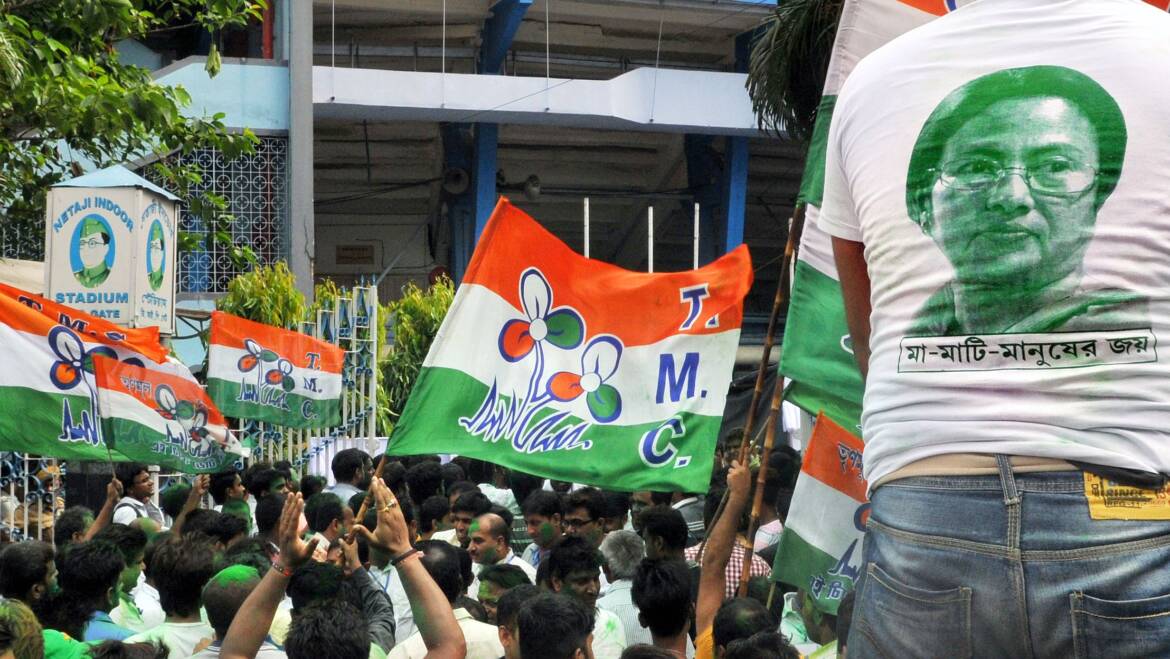 By now, enough has been said about how the state assembly elections have been a booster shot for BJP, how they have moved India closer to a ‘Congress-mukt Bharat’ and how the results have been another kick in the guts for Rahul Gandhi. With over 35% of Indians now under the rule of BJP state governments (43% if we count BJP alliances) as compared to just 7% for Congress (15% if we count its Bihar alliance), Amit Shah is rightly exulting at the prospect of BJP domination from “Parliament to panchayats”. The BJP’s replacement of Congress as the dominant national party makes the narrative of rightwing ascendance seductive.

Yet, look deeper and the most important lesson coming out of these elections is not a triumph of ideology but its demise and the replacement of blind political loyalties of the past by a new neta-voter relationship that is increasingly transactional. Mamata Banerjee decimated the Left with even more seats than her poribartan year of 2011 and Jayalalithaa rewrote the script of Dravidian politics to become the first Tamil CM to get re-elected since MGR because both inherently understood this fundamental shift in political cultures.
Politics in Kolkata and Chennai beats to different rhythms but the one thing that unites the game-changing triumphs of both regional satraps is their single-minded focus on a social welfare net for the rural poor, rural development and a plethora of populist freebies for different interest groups.

Consider the Mamata model first. Just like Nitish Kumar in Bihar, she fixed roads (5,212.94km of roads in Bengal were improved and renovated during 2011-2015 as compared to 3,220.28km during 2007-2011), brought rural electrification (over 90% of below poverty line households electrified by January 2016, compared to just 18.18% in 2011) and increased social spending (tripled from around Rs 7,000 crore in 2010-11 to Rs 20,000 crore in 2014-15).
Along with the Nitish-like Kanyashree scheme for greater enrolment of girls in schools and the distribution of bicycles to four million schoolchildren, Mamata also borrowed a leaf from Raman Singh in Chhattisgarh, who earned the sobriquet of ‘chawal waale baba’ with his Rs 1 and 2/kg rice schemes for the poor. These schemes have been central to Raman Singh’s BJP government remaining in power in Chhattisgarh since 2003. In West Bengal, not only did Didi increase state support for foodgrain almost 12 times, from Rs 516.32 crore during 2010-11 to Rs 6,000 crore, she made rice available at Rs 2 per kilo, entitling almost 80 million Bengalis to subsidized rice.

Mamata’s focus on PDS and freebies, of course, paled next to what Amma of Poes Garden offered in Tamil Nadu, but West Bengal has a much lower starting base. Jayalalithaa’s plethora of promises such as subsidized mopeds and her low-cost canteens, medicines, buses, cement, housing, free goats and cows, etc built on a strong culture of social spending in Tamil politics that both AIADMK and DMK have embraced for decades.

Her focus on delivery — combined with a superb, tactically fought election, where there was virtually nothing to separate the two parties ideologically — fetched her uniform gains in all Tamil Nadu regions. It also allowed her to break the revolving-door rule of Tamil politics where power has see-sawed between the two main parties for three decades. Jayalalithaa may have returned to power with a reduced majority, but make no mistake: this is a historic victory.

The BJP’s path-breaking triumph in Guwahati completes the ideological lesson from these elections. Unlike Congress, BJP learnt its lessons and course-corrected after losses in Bihar and Delhi where its local leaders felt sidelined and its message of development got sidetracked by divisive issues. In Assam, not only did it project a local chief ministerial face in Sarbananda Sonowal, it reaped the benefits of local clout through its ex-Congress import Himanta Biswa Sarma and smart alliances with the Asom Gana Parishad (AGP) and Bodoland People’s Front (BPF). Although this was the first state election being fought after the JNU and beef controversies, the BJP remained focused on local issues during the campaign. The BJP’s Assam model offers a good template as the party seeks to expand further from its north Indian heartland.

The BJP is dominant nationally and Narendra Modi remains India’s most popular leader — but in a polity where both BJP and Congress put together have won less than half the seats and votes polled in all the 30 assembly elections held since 2012. As this paper has reported, the two got 42% of the votes polled in these contests, 58% went to other parties. Even in the latest contest, Congress won 115 seats, BJP 64, but others won 643. As many as 465 seats were won by parties not allied to either BJP or Congress.

This is the most revealing statistic that defines Indian politics today. The Congress may be declining but regional parties continue to hold the bulk of India and more than Left or Right, voters care more about daal and chawal — and who provides it better. 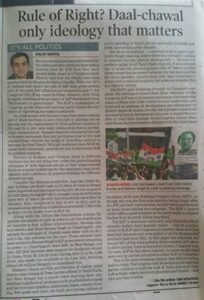