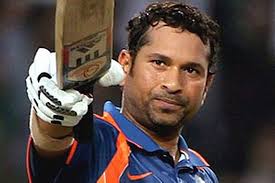 Everyone knows that Sachin Tendulkar made his debut for India against Pakistan in 1989, but did you know that he actually got his first taste of international cricket two years earlier, not playing for India but for a Pakistan team – against India! During Pakistan’s tour of India in 1987, Sachin was sent in as a substitute fielder for Imran Khan’s team during a festival match with India at Mumbai’s Brabourne stadium.

Javed Miandad and Abdul Qadir left the field at lunch time and Sachin was asked to field. Imran deployed him at long-on and soon Kapil Dev hit a skier in his direction. Despite running 15 metres, Sachin could not reach the ball.

Recounting the incident in his recently released book, ‘Playing it My Way’, Sachin remembers complaining to a friend later that he could have taken the catch had he been positioned at mid-on instead of long-on.

“I don’t know whether Imran Khan remembers this or has any idea that I once fielded for his Pakistan team,” writes Sachin in his book. 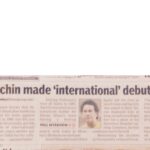 8 in 10 Indians have a favourable view of Modi: Pew Research