The story of how an Asiad remade a city

HomeSportsThe story of how an Asiad remade a city 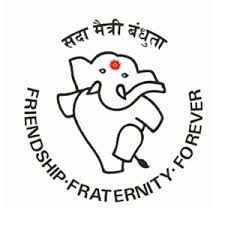 India may not be a major sporting power, but as Indian athletes get ready for the Incheon Asian Games, few remember the central role the Asian Games have played in the remaking of Delhi.

The Asian Games themselves were virtually invented by India as part of Nehru’s attempt to forge a new Asian solidarity and sport was a convenient device. The first Delhi Asian Games in 1951 emerged out of this crucible.

In a similar vein, the 1982 Delhi Asiad – the ‘Indira Gandhi Games’ as Buta Singh called them — became a useful vehicle to project Indira’s politics and diplomacy, resurrecting her legitimacy and helping her discard the opprobrium of the Emergency.

THANKS TO SOME CRICKET MONEY

At a time when the Army’s 161 Infantry Brigade had just been airlifted for the defence of Kashmir and thousands of refugees were still camped in Delhi, Nehru patronised the Asiad idea but couldn’t provide funds.

Invitations were sent in 1949, but Delhi didn’t have a proper stadium, equipment or an athletics track. In stepped BCCI founder Anthony de Mello who took over the organising committee and loaned Rs 1 lakh from his National Sports Club of India alongside funds from Bombay’s Cricket Club of India.

It was this cricket money that created Delhi’s new National Stadium around the Bhavnagar stand of the old Irwin stadium, nestled amid the majestic Purana Qila ruins. Nehru’s government only provided tax exemptions and ‘half-price railways tickets’ for transport.

The remaining money was raised by a volunteer group of notables. Army chief General Cariappa provided defence buildings, British contractors completed the National Stadium in 300 days, Lillywhites, a British firm set aside some track and field sporting equipment it was preparing for the Helsinki Olympics and Rajkumari Amrit Kaur chipped in.

When 600 athletes from 11 countries finally marched into the newly minted National Stadium, de Mello wrote to Nehru that the Games had convinced him of the power of “miracles” and “divine providence”, making “New Delhi the capital of Asia.”

APPU AND THE INDIRA GANDHI GAMES

Rarely has a sport event so fundamentally transformed a country as the 1982 Delhi Asiad transformed India. Unlike the 2010 Commonwealth Games disaster that sucked in crores with little accountability until the very end when Manmohan Singh finally woke up, the 1982 Delhi Asiad not only recreated Delhi, but it also fired India’s imagination by creating the first national TV service and introducing colour TV.

In a pre-satellite age, what became known as the ‘National Programme’ at 9 pm was created as a prelude to the Games: Appu, the Games mascot, doubling as the daily messenger of the ‘prosperous nation-state’ into Indian drawing rooms.

As host broadcaster, I&B minister Vasant Sathe was deluged by demands for a live colour TV telecast from Asian countries and realised to his horror that even tiny Sri Lanka had a colour service. Government was finally forced to colour black and white Indian TV screens, unleashing a new dynamic into the Indian imaginary.

ATHLETES MUST GET THEIR BREAD! 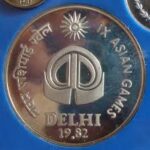 With the new athletes Village, the Games changed drastically the city’s geography. At a time when getting a phone connection was a rare privilege, Delhi got 12,000 new phone lines, power distribution was upgraded and Delhiites began getting an extra 15 million gallons of water daily with the Ganga-Yamuna Link.

Government officials were so paranoid that they even stopped the ‘export’ of bread from Delhi to other states. The rest of India could eat rotis, but foreign athletes had to get their bread!
As 1972 and 1976 Olympic Games organiser and present FIFA president Sepp Blatter wrote about the 1982 Asiad, “There is very little I could say towards their improvement.”