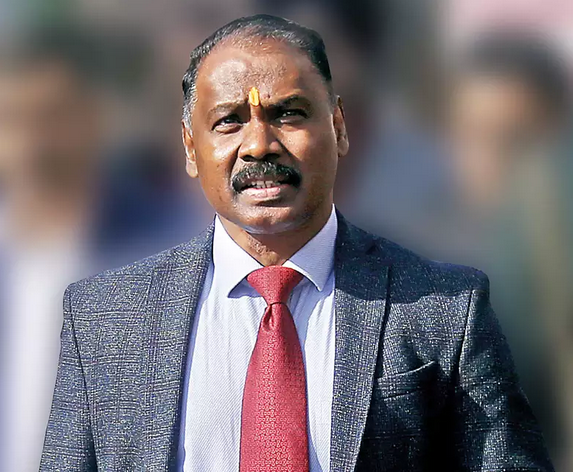 Girish Chandra Murmu was appointed the first lieutenant governor of Jammu & Kashmir after it lost its unique status under Article 370, was bifurcated and downgraded to a Union territory. As his tenure drew to a close he shared his experiences with Nalin Mehta  and Sanjeev Ratna Singh:

Can you list some of the important milestones that have been achieved in the past one year?

Out of 2,300 languishing projects, the government has completed 606 and rest are progressing. In the prime minister’s development package, which was announced in 2015, only 7 projects were completed with 27% expenditure of the total allocation. But in the past year or so, we have managed to complete another 10 of them and achieved almost 50% expenditure out of the total allocation. Another unique programme was ‘back to village’ where all the officers, top to bottom, camped in the villages to interact with villagers like in gram sabhas, where there was a lot of public participation.

The government had promised 50,000 jobs to the people here. How is this target going to be achieved?

We have recently started a recruitment drive for 10,000 jobs and another 20,000 to 30,000 more jobs are being lined up. We are talking to the private sector as well to promote investment activities which will provide self-employment and jobs as well. We have regularised ad-hoc jobs of around 30,000 teachers recently. The process of recruitment has been streamlined, made systematic and transparent. We have also streamlined the reservation policy to include those who were being deprived earlier.

What about tourism and the state of the overall economy?

There have been disruptions, partly due to the pandemic. The tourism industry has been affected. We have not allowed Amarnath yatra and Mata Vaishno Devi yatra. But we have been trying to hand hold them by providing some kind of incentives under various schemes. We have now relaxed norms for hotel booking, transport etc so I hope this integrated effort will help them out.

We wanted to hold an investment summit here. For that we held many roadshows across the country, and signed MoUs worth Rs 20,000 crore. We wanted to hold the summit in May but had to unfortunately postpone it. We had formulated 14 different incentive policies for different industries and sectors. For this we had identified nearly 6,000 acres of land which we wanted to develop into small industrial estates, IT and food processing zones and some other investment activities were also planned.

Some terror activity monitoring websites suggest there has been no let up.

I think that is not correct. I will say that terrorism and militancy have definitely been brought under control. Our security forces have met with a lot of success in neutralising militants. Many of the misguided youth who had recently joined these kinds of activities have also surrendered. The normal recruitment that happens at the local level for such activities has reduced by at least half. We have adopted a multi-pronged approach. We have provided a transparent and corruption-free government which makes the youth realise they will get justice and have a bright future. Partly this and partly due to low level of infiltration and robust law and order situation, militancy is slowly petering out.

When will the political activity resume and when will we see movement towards decentralisation?

There is a lot of activity happening at the grassroots level. The panchayati raj system was not so vibrant here. But in 2018, there was unprecedented turnout of nearly 90% of the voters in many places. Almost 7,000 panchs, 4,500 sarpanchs, 285 block development chairmans were elected. We started empowering them. There were a lot of issues like no financial empowerment, no delegation of power etc. We gave them importance in the order of protocol precedence so that they feel they are a part of the government and representatives of the people. We don’t have a legislature yet so it is natural to have less political activity. People here are cooperative and good natured and I think they are seeing things move in a positive direction and they are content with that for now.

What does the future hold for an average Kashmiri in terms of economy, education and politics?

The future is bright. We have tried to remove retrograde provisions and policies in governance. We have made a transparent system that provides equal opportunity.