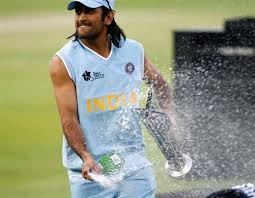 When George W. Bush barely scraped through in Florida in 2000, many Indian observers rightly pointed in glee to the successes of our own Election Commission and the inherent checks and balances in Indian democracy. At a time when America was turning red-necked, the seeming superiority of Indian democracy was underlined in 2004 with the emergence of a sikh prime minister, a roman catholic as head of the ruling coalition and a muslim as president (at the time). It now seems like a tired cliché, but the symbolism of 2004 lulled many into believing that the Indian system was inherently better.

Barack Obama has forced a rethink. It took Obama only five years to transform himself from an unknown Chicago lawyer to the next occupant of the White House. In contrast, Indian political parties, at the highest level, are essentially closed houses. A quick glance at the Indian political firmament confirms that the longevity of strongmen/ women and their cliques is a feature shared by virtually every political party in every state of the union. The Nehru-Gandhis have controlled the Congress party since independence, the firm of Advani and Vajpayee has held sway over the BJP since the mid-1970s, Farooq Abdullah’s family has controlled the National Conference since its inception, the Chautalas’ sway over Haryana’s INLD remains unchallenged, Mayawati’s iron-clad grip over the BSP is as solid as her mentor Kanshi Ram’s was, Chandrababu Naidu continues to define the TDP like his father-in-law N.T. Rama Rao did, Mamata Bannerjee’s Trinamool Congress is inseparable from her persona, the Left in West Bengal and Kerala has been defined as much by personality politics as other parties, Karunanidhi has controlled the DMK since at least the 1960s, and Jayalalitha has successfully controlled the legacy of MGR in the AIADMK. Politics in any society, after all, is about the nature of power and the patterns of social control, and our political culture mixes democratic processes with older forms of feudalism and organisation. At a deeper level, while India has undoubtedly grown more democratic with the empowerment of hitherto marginalized groups — OBCs, Dalits etc. —, the structures of political power even within these new groupings remain bound in immutable hierarchies.

So, can an Indian Obama emerge? The greatest symbolism of the Obama moment lies in the politics of his colour. While he achieved near universal support from the minority vote — Blacks and also from the Hispanics —, his political appeal transcended the minority. In contrast, our politics remains a prisoner of our caste and social divides. Mayawati, for instance, is a real agent of change but despite her recent alliance with the upper castes in Uttar Pradesh remains too divisive a figure, hostage to the Dalit discourse. Narendra Modi is trying to build himself up as the candidate of a new Singapore-like developmental India, but his past can never be wished away. Historically, Nehru remains the only Indian political leader who successfully managed to delink his politics from his social origins to emerge as the harbinger of an overarching idea of India. Rajiv Gandhi did promise to be the great white hope but fell prey to the system within two years of attaining power. On a somewhat diminished scale, Rahul Gandhi now promises to introduce a new politics of merit, but remains unproven.

Sure, we have had the politics of symbols. Fakhruddin Ali Ahmad became the first muslim president as early as 1974 and K.R. Narayanan the first dalit president in 1997. But the head of state is not quite the same thing as the head of government. Moreover, the symbolism of the figureheads never quite translated into real political ascendance for disadvantaged social groups within mainstream national parties. This is why the Dalits turned to Kanshi Ram and Mayawati, and the Muslims of North India are still looking for a new direction after initial dalliances with the two Yadavs. One of the smartest things about the Obama campaign was that it changed the political geography of the US by tapping into the new demography of the young, and the minority groups migrating into the American heartland. In the youngest country in the world, can the BJP or the Congress take a cue?

On a recent television discussion, Ajay Jadeja pointed to Mahendra Singh Dhoni as the Indian Obama. This after all, is a cricketer from a non-traditional centre, who has arisen out of obscurity by sheer dint of his own effort and mirrors the hopes of an increasingly young and meritocratic India. Cricket, in that sense is a social mirror, but the hard fact is that the political equivalent of a Dhoni or an Obama remains a distant dream.

The author is a Visiting Fellow at Australian National University, Canberra