BJP can make Ram Temple if it wins UP: Katiyar 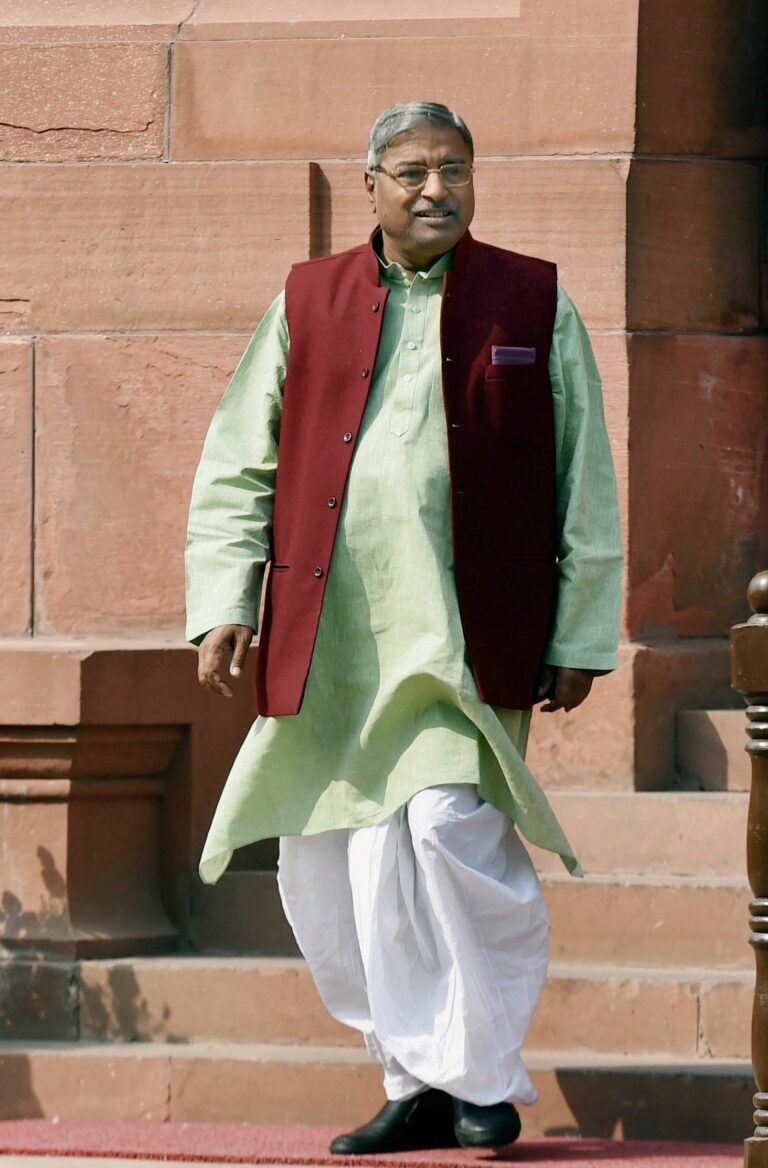 BJP’s Rajya Sabha MP Vinay Katiyar is founder president of Vishwa Hindu Parishad’s youth wing, Bajrang Dal, and has been a long-time advocate of building a Ram temple in Ayodhya. He spoke to Nalin Mehta and Sanjeev Singh about BJP’s electoral prospects in UP and how it could impact the Ram temple dispute:

What is your opinion on the high polling in the first two phases of voting in UP?
BJP is winning. Our party should be number one and win enough MLAs to form a government on its own. The people will give us a clear mandate.

What about RLD bagging Jat votes in western UP? Does it upset your calculations?
RLD has a limited base with pockets of influence in western UP. In fact their real presence is only around Muzaffarnagar but we should be able to win there also.

Opposition parties have accused BJP of playing the communal card to polarise voters. Do you agree?
We have not done anything. We have only talked about riots during SP rule like in Muzaffarnagar. We have seen the exodus of Hindus in Kairana like it happened in Kashmir where Hindus were forced to migrate. We are only raising this issue because Hindus are being forced to migrate from these districts to other areas. Why isn’t anyone talking about SP government’s minority-appeasement policies?

How do you respond to criticism by Congress leaders of Narendra Modi’s remark that he is an ‘adopted son’ of UP?
Rahul Gandhi and Priyanka Gandhi should learn from their mother. She is not even from this country. Our country is one united identity despite being made up of many states. Any Indian from any part of the country is free to contest elections from wherever he or she wants to. Modiji represents Varanasi in Parliament. Soniaji is from Italy, yet she is an MP from UP.

Rahul says Modi promised acche din like Shah Rukh Khan in Dilwale Dulhaniya Le Jayenge but ended up being like the villain Gabbar Singh from Sholay. Your comments?
Rahul is a bachelor and he should get a bride for himself.

Will Priyanka taking on a bigger role in Congress make a difference?
Amethi and Rae Bareli are like tourist spots for Priyanka. Congress will lose in Amethi and Rae Bareli. It is good if she enters politics. She should tour UP and see the power of Congress. What is stopping her from campaigning?

Are you happy with BJP’s manifesto where Ram Mandir has only got a fleeting mention?
I am satisfied as the right terminology has been used in the manifesto. There are three ways to build the Ram temple in Ayodhya: court, discussion or legislation. UP is important for BJP to win because we don’t have majority in Rajya Sabha. If we win UP then our numbers go up in Rajya Sabha. Like the Somnath temple was built by Sardar Patel, we can also make a law and pave the way for the temple. High court has already decided that it is Lord Ram’s birthplace. A government in UP can speed up the process for temple construction.

What about problems in ticket distribution within your own party?
Yes, there is a bit of problem but Amit Shah has worked really hard. He has undertaken so many tours in poll-bound UP and we are getting public support. Small ups and downs happen. It is a big party.

Akhilesh Yadav blames the Centre for deliberately ignoring the state. Your comments?
Akhilesh talks about the Lucknow metro but forgets that 80% of funds were given by the Centre while only 20% money came from the state government. Long and wider roads are being made by Nitin Gadkari in the state. A parikrama of 275 kms in Ayodhya is going to be declared as national highway by the Centre. The list of the work Narendra Modi government is doing to improve UP is endless.

Won’t BJP’s decision not to project a CM-face hurt its chances?
There is no damage. We are asking for votes on the names of Modi, Amit Shah and Rajnathji.

What about SP’s charge that BJP and BSP will align to form a government after elections?
Akhilesh forgets it was his father Mulayam Singh who formed the government with BSP for the first time. In those days, Mayawati would come and take stock of government every week. SP and BSP can also have an arrangement to keep BJP out of power. The bua-bhatija combination can easily do that.

What about the effect of demonetisation on voters?
It could have had some effect in the first phase but is no longer an issue. If someone rakes up the issue, it will only help Modi.