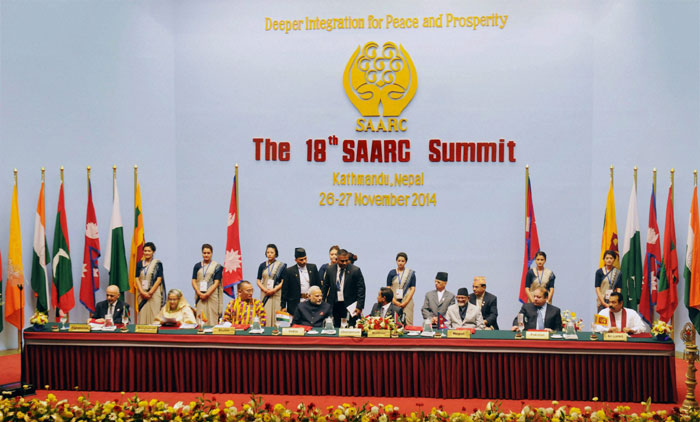 China has been a Saarc observer since 2005. But it has recently lobbied to be upgraded to full Saarc membership and thus push its way to a dominant position in all of Asia. Pakistan, China`s “all-weather friend”, has backed the Chinese. But it is not in India`s interest to facilitate this. Blocking China`s entry is the right move.

As Prime Minister Narendra Modi pointed out in Kathmandu, Saarc has always performed below par as a multilateral institution. Allowing in another country with which India has a major border dispute will only make Saarc messier. Secondly, the Kathmandu summit demonstrated that Pakistan remains the odd country out in Saarc, opposing most proposals for regional economic integration. Opening the front door to a Pakistan-China nexus can only be detrimental to India’s regional interests.

Third, Saarc has nine observers, including countries like United States, South Korea, Japan and Iran. China is not a south Asian country and there is no reason why any one observer should be made member and not others. Full membership can`t be bestowed without organisational and regional stability. Saarc membership cannot be a quid pro quo for an Indian SCO entry — in that case one might as well merge the two organisations. Chinese nuclear submarines docked recently in Sri Lanka. There is no reason for New Delhi to help Beijing in its immediate neighbourhood.