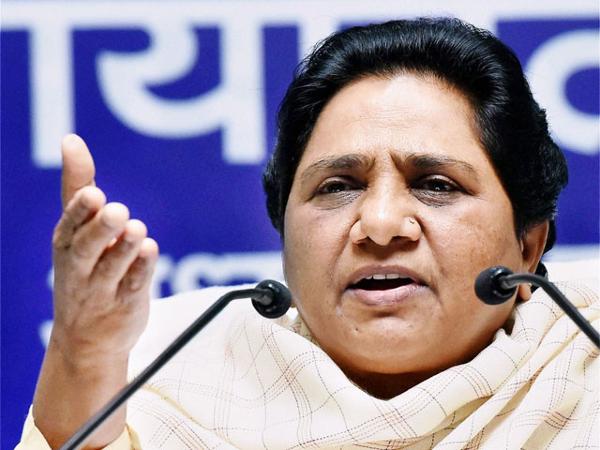 The big elephant statues stand forlorn in the afternoon heat. It’s the height of the election campaign but there isn’t a soul out to see them or the huge four-sided Brahma-like statue of Mayawati that stands as the centerpiece of BSP’s imposing but deserted Dalit Prerna Sthal on Lucknow’s Mall Avenue.

The predominantly Mayawati-focused imagery inside – as many as eight huge carvings depicting Behenji or her family – was one of the marquee creations of her last stint as chief minister (2007-2012). This time, though, Mayawati has responded to barbs that she only made “haathis” in power by announcing that she won’t make “any more statues” because “that work is finished”.

It is a message she keeps repeating in rally after rally. Behenji seems to have learnt the lessons from her 2012 rout and 2014 Lok Sabha polls, when BSP could only manage 9 leads in UP’s 403 assembly segments.

BSP has always operated differently: which is also why it is often underestimated. Unlike Lucknow’s other party offices bustling with poll activity, BSP’s state party office is as deserted as the Dalit Smarak. Appearances can often be deceptive and so it is with BSP.

It was the first party in UP to get off the blocks, appointing vidhan sabha prabharis just after its 2014 Lok Sabha poll debacle. By mid-2016, BSP finished its first round of bhaichara sammelans to reach out to upper castes. Mayawati’s fortunes looked on the downswing for a while after a string of high-profile defections to BJP. But that didn’t deter her from launching her first set of public rallies as early as August 2016 and finishing her candidate lists first, with minimal bickering.

These tactically astute moves must be seen alongside a fundamental rejigging of what Mayawati is offering as part of what we can call BSP 3.0. The party’s first phase under Kanshiram and his anti-upper caste rhetoric through the 1980s and 1990s constituted BSP 1.0. Mayawati’s Brahmin-Dalit alliance of 2007 rebooted the party into BSP 2.0. Now, fighting for political survival in 2017, Mayawati’s new makeover is her last throw of the dice.

Her primary electoral gambit of a Dalit-Muslim alliance in a state with 20.5% Dalits (including her core base of 11.3% Jatavs) and 19% Muslims is key to BSP’s chances. A TOI analysis of electoral data shows that there are 72 assembly seats in UP where in 2012, BSP bagged at least 25% of votes polled and where Dalits and Muslims together constitute roughly 70% of voters listed in electoral rolls. These seats lie at the heart of BSP’s new strategy: 27 in western UP, 41 in east UP and 4 in Bundelkhand. SP won 36 of these seats in 2012, BJP won 4.

Mayawati, with 99 Muslim candidates, is trying to replace Mulayam Singh Yadav’s old Muslim-Yadav formula with her own Muslim-Dalit combo and looking to wrest these seats. Major Muslim organisations and Shia clerics like Kalbe Jawad have openly backed the BSP supremo. The Rashtriya Ulema Council withdrew 84 of its candidates in her favour. Mayawati also risked undermining her law and order plank by inducting mafia don Mukhtar Ansari’s outfit Qaumi Ekta Dal into BSP, giving a fillip to her chances in some eastern UP seats.

In an election where the Muslim vote is pivotal, the biggest danger for Mayawati is the prospect of it getting split between BSP and SP-Congress. So, she repeats a simple message at every rally: “Every vote that goes to SP, is a vote wasted.” She also moved swiftly on social media speculation about a possible post-poll BJP-BSP alliance to emphatically state that “this will never happen. We are ready to sit in opposition but will not form a government with help of BJP.”

BJP’s response has been three-fold. The first line of attack is characterised by PM Narendra Modi’s sharp portrayal of BSP as “Behenji Sampatti (wealth) Party”. Mayawati retorted with a sarcastic acronym of her own, rephrasing the PM’s initials of NDM as “Negative Dalit Man”. The second BJP line is the one trotted out by Brajesh Pathak, a recent BSP defector who once led its parliamentary party and is now BJP’s candidate from Lucknow Central. “Voters understand,” he says, “that the Dalit-Muslim combination is an election move having nothing to do with people’s welfare.”

The third and most tactical ground move is to target BSP’s Achilles’ heel of non-Jatav Dalits. “Mayawati may have Jatavs but other Dalit castes like Koris, Pasis, Valmikis have all gone away and have come to BJP,” argues BJP’s cabinet minister Kalraj Mishra. Indeed, how non-Jatav Dalits vote this time will be decisive.

Mayawati is also for the first time offering a broader agenda for governance. First, for her core Dalit voters, she promises to put SP’s “dabangs” who have illegally occupied lands in jail. Second, taking a leaf from the Nitish and Jayalalithaa playbook, she is promising milk, eggs, fruits and biscuits in mid-day meals instead of the “sarhi huee daal” served now; bank loan waivers upto Rs 1 lakh for farmers and relief for sugarcane growers. With unemployment a major issue, BSP’s focus on doles and a social welfare net is similar to BJP’s manifesto promises.

Mayawati would be hoping that her gambit pays off and her slogan of “chalega hathi uregi dhool, na chalegi cycle na rahega phool (the dust will fly as the elephant plies, neither the cycle will move nor the flower stay)” delivers. If it does: the idea of a Dalit-Muslim poll alliance will be a template that could be a national game-changer. If it doesn’t, the very future of BSP may be up for grabs.