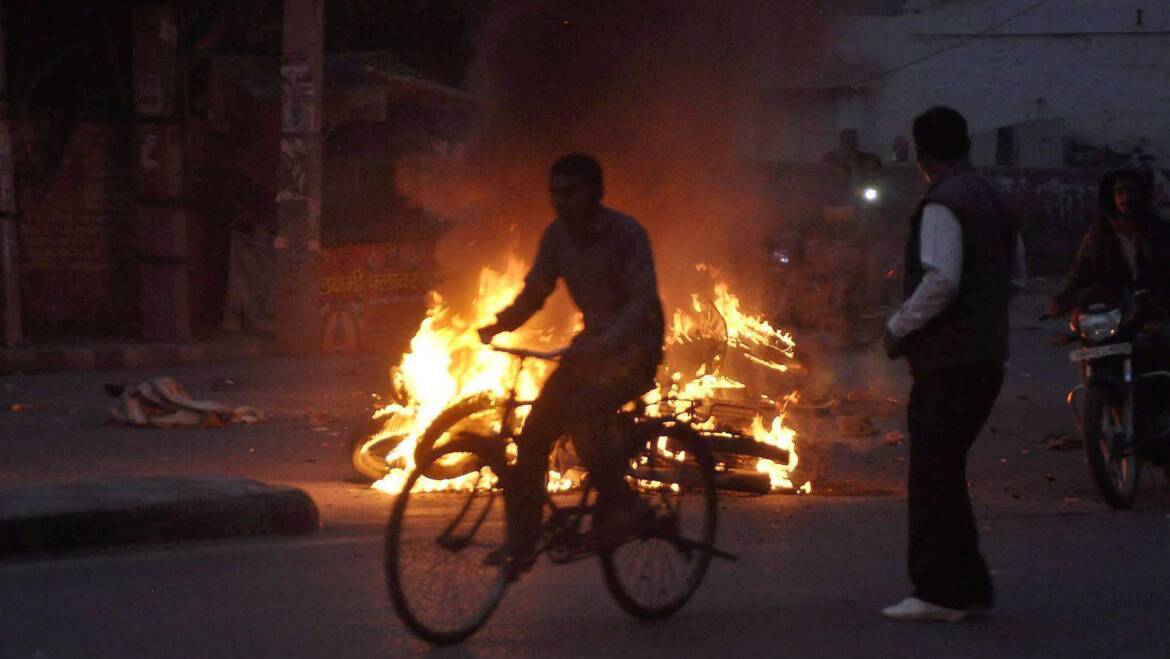 Haryana’s chief minister Manohar Lal Khattar is not only a first time MLA, he is also a Punjabi khatri. Seven of Haryana’s chief ministers so far have been Jats and the former RSS pracharak from Rohtak, hand-picked by Prime Minister Narendra Modi to lead the state’s BJP government in 2014, is struggling to deal with the Jat agitation that is burning across the state.

Jats comprise about 27 percent of Haryana’s voters, about one-third of the state’s 90 assembly constituencies are dominated by Jats and the two many oppositions parties in the state Congress and INLD are also headed by Jats.
Rohtak: Jat community members torch a motorcyle during their agitation for reservation in Rohtak on Thursday. PTI

BJP’s conundrum is that its 2014 victory in Haryana was powered by Jat votes but the Jat reservation bogey has its leaders in a fix. The agitators have rejected the government’s offer of including Jats and four other castes – Jat Sikhs, Ror, Tyagi and Bishnoi – in the category of Economically Backward Persons (EBP) and increasing the quota of EBPs from 10 to 20 per cent. As Hawa Singh Sangwan, state head of the Akhil Bharatiya Jat Arakshan Sangharsh Samiti (ABJASS) put it, Jat leaders want “reservation for Jats separately and not with other castes in EBP.” They want caste-based reservation in the OBC category, not on the basis of their economic condition.

BJP’s problems have been exacerbated by the fact that its own Kurukshetra MP Raj Kumar Saini has been opposing the Jat demand, threatening to unite volunteers from 35 communities for a “direct action” against the protesters. He has argued that the Jat demand for reservation is “an illegal” one “completely unacceptable” to the state’s OBCs. His “OBC Brigade”, he says is ready to fight back because there is “no provision in the Constitution that gives share of reservation benefits of the OBC quota to the Jats.”

Part of the problem is that all political parties have fished in the troubled waters of Jat reservation. The UPA in March 2014 brought the Jats under the central list of so-called other backward classes (OBCs) in Bihar, Gujarat, Haryana, Himachal Pradesh and the National Capital Territory of Delhi, Bharatpur and Dholpur districts of Rajasthan, Uttar Pradesh and Uttarakhand.

UPA did so despite the National Commission for Backward Castes (NCBC) expressly submitting a report to the central government on 26 February 2014 stating that the Jat Community had “not fulfilled the criteria for inclusion in the Central List of OBCs.

NCBC found that “Jats were not socially backward”, and not “educationally backward”. It similarly rejected the claim of “inadequate representation in public employment, finding them adequately represented in armed forces, government services and educational institutions.” 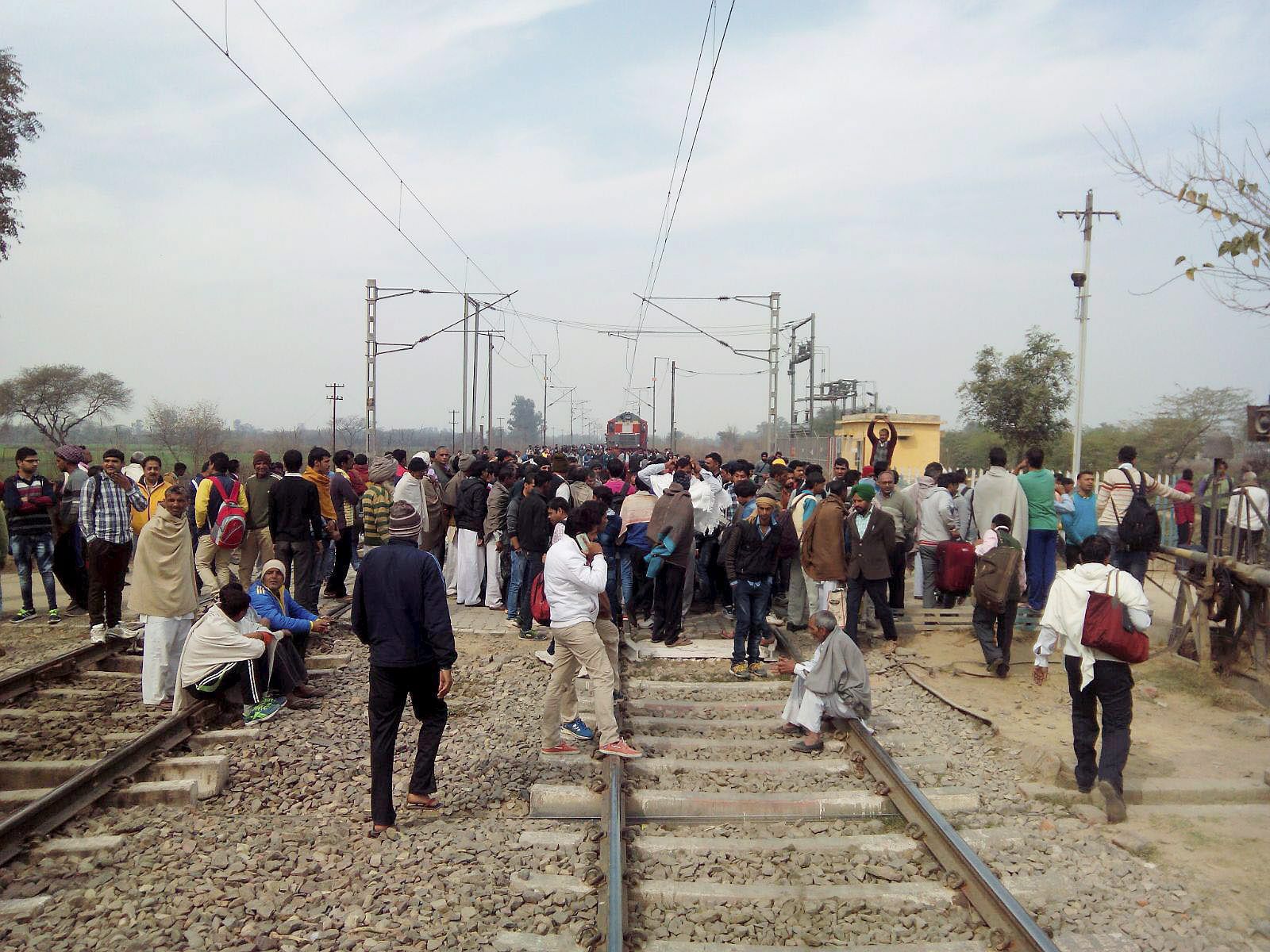 Jat community members block the railway tracks during their agitation for reservation near Rohtak. – PTI Photo

This is why the UPA decision was quashed by the Supreme Court on 18 March 2015, which found it legally untenable to admit Jats as a backward community at the central level.

Haryana’s politicians have played with Jat reservations for over two decades now. INLD’s Abhay Singh Chautala is supporting the demand and so is the Congress former chief minister Bhupendra Singh Hoodam, who also championed it when he was in power.

The Army is out on the streets of Haryana and while it can keep the peace, solving this reservation mess will require a wider political consensus on caste, reservations and the race for downward caste mobility this has sparked off.