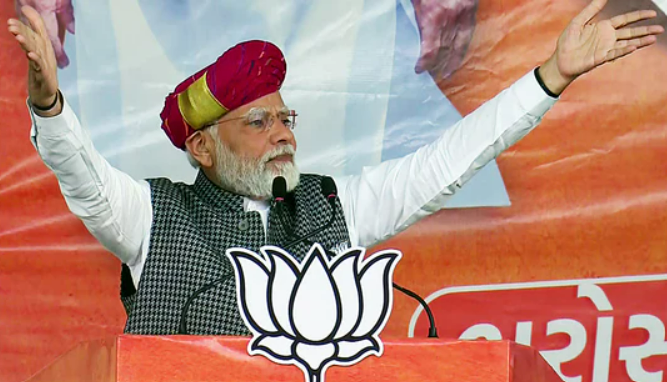 In this triangular fight that upends the state’s two-party polity, the BJP is banking on Brand Modi, Congress on grassroots workers and the AAP on a narrative of change. The outcome will hinge on how much of Congress’s votes shift to the AAP

Just before the 1989 general elections, when the Congress still ruled most of India, a young Narendra Modi, then a relatively unknown party apparatchik in the Gujarat unit of the Bharatiya Janata Party (BJP), called his then party president, LK Advani. He was opposing a seat-sharing pact in the state between the party and Chimanbhai Patel’s Janata Dal. Rajiv Gandhi’s India was in ferment, a national election beckoned, and the rules of Indian politics were being redrawn. “We should fight alone,” pleaded the young party secretary from Ahmedabad. Advani refused. ….