Keep expectations to the lowest: Pullela Gopichand’s advice to athletes for Tokyo Olympics 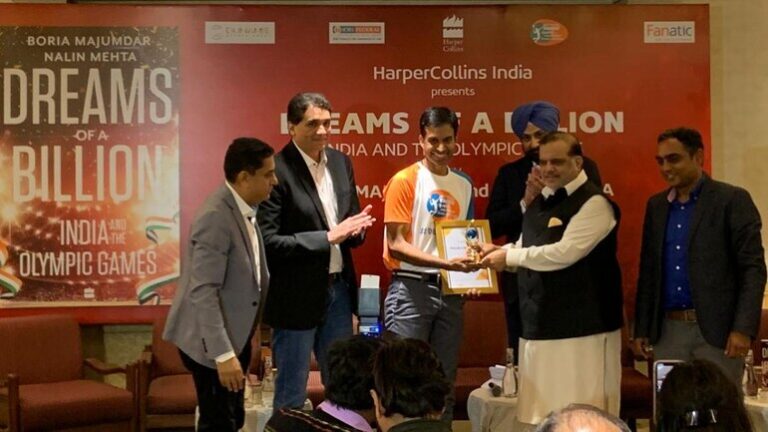 Pullela Gopichand is of the opinion that athletes should not put undue pressure on themselves and just focus on doing the right things during their preparations for the Tokyo Olympics.

India badminton coach Pullela Gopichand said it’s important for athletes to give their best when it comes to preparation for the Olympics but said they must look at avoiding undue pressure.

India badminton coach Pullela Gopichand has high hopes from his star pupils at the upcoming Tokyo Olympics but constantly stressed on the fact that the athletes should concentrate more on the process and do the right things in the lead up to the mega-event.

PV Sindhu was the only student from the Gopichand Academy who managed to bag a medal at the last Olympics in Rio in 2016 and is once again the biggest hope for India from badminton this year. Pressure will be immense on Sindhu to change the colour of her medal from silver to gold this year but Gopichand just wants her to remain grounded and prepare as well as she can for the Olympics.

“There will be pressure but Sindhu has delivered in the big tournaments all throughout in the last few years which is really fantastic and this time I hope it’s the same. She has always done well with good preparation and this time around we have some time before the Olympics and I do hope that she delivers.

“If you treat the Olympics like some super event then you are not going to be successful. Big tournaments need good preparation but if you put undue pressure on yourself then it’s not a great way of achieving success. It’s important to keep grounded, do the simple things right and consistently and hopefully the medal will come,” Gopichand told indiatoday.in at the launch of Boria Majumdar and Nalin Mehta’s book – ‘Dreams of a Billion, India and the Olympic Games’ – in New Delhi.

The 46-year-old former All-England badminton champion also had important advice for the athletes who are preparing to qualify for the Tokyo Games.

Gopichand is of the opinion that the athletes should be realistic in their expectations before heading into such an important sporting event.

“It’s important to keep it simple and focus on the right things, which is to train well, rest well and to keep your expectations to the lowest and focus on the things which need to be done,” Gopichand said.

Speaking about Saina Nehwal and Kidambi Srikanth’s chances of making the cut to the Tokyo Olympics, Pullela Gopichand said the two-star shuttlers have the confidence to get the job done in the last few months of the qualifying period.

Saina and Srikanth are not in the best of forms and need a supremely consistent run in the remaining tournaments if they are qualified for the Tokyo Olympics.

“We’ve got 7 events (in badminton) for the qualification so yes there is a possibility. I hope they do qualify but having said that, it’s going to need some good performances from them which they are capable of. The last few months haven’t been great but they’ve had good preparation and I hope that they have the confidence and luck to get through the qualification.”

Expectations from Indian fans will be immense this year after Sindhu’s stellar performance in the Rio Games four years ago. But fans in our country have the tendency to develop an interest in sports other than cricket only when the athlete or team in concern reaches a certain level at big tournaments.

It is only when an athlete wins a medal that the country celebrates its success without giving much thought about the hard work that has gone on behind the scenes. And god forbid if an athlete fails, then the same fans turn into their biggest critics and leave no stone unturned in slamming them on social media and other platforms.

To change this very scenario, Gopichand feels the country needs to appreciate the efforts of not just the athletes who win medals but also those who couldn’t be as successful.

“As a nation, as more and more we start becoming knowledgeable about the sport we will start appreciating the fact that people who have really pushed hard and done their personal best are also people who have done well. And that is something we should start celebrating.

“Yes, we are a nation which has very less number of heroes and when somebody wins we really start celebrating and sometimes it’s not proportionate to the win as well. But I think that’s okay for the moment but overall, I think we as a nation, as and when the sports culture increases, we will start appreciating the effort more than just the wins,” Gopichand concluded.