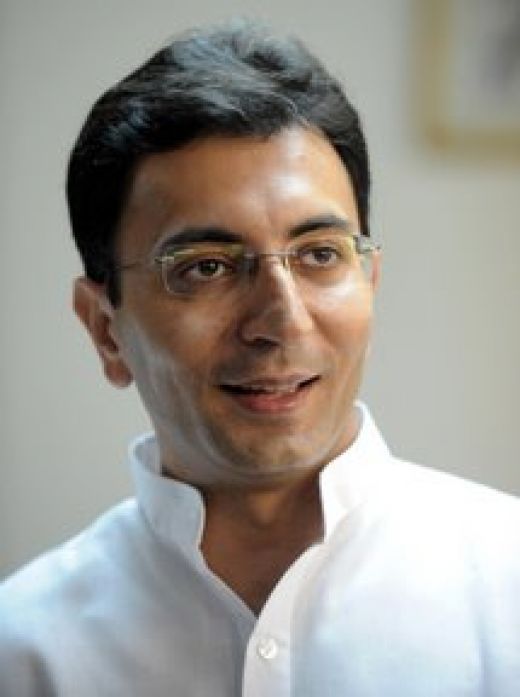 After announcing Sheila Dikshit as its chief ministerial face for crucial assembly elections in Uttar Pradesh, the Congress party in an attempt to revive itself in the state has begun patronising Brahmin sammelans. The party’s campaign committee vice-president for UP and former union minister Jitin Prasada spoke to Nalin Mehta and Sanjeev Singh about the strategic targeting of the Brahmin vote, rumours of a possible alliance with BSP and whether Congress matters at all in the state’s political arithmetic:

Why did you go for a Brahmin face, in the form of Sheila Dikshit, as your UP CM candidate?
Sheila Dikshit brings with her 15 years of experience as chief minister in Delhi and developmental work which transformed the city. If she is a Brahmin what is the harm? Is it a taboo to be a Brahmin?

What about the age factor?
The question is about ability and unmatched experience. She has both.

A Brahmin sammelan is being organised in UP by people affiliated with Congress party?
Congress believes in taking along all sections of society and all castes. If there are some sympathisers in a particular community, if they are inviting us and being sympathetic to the Congress, this will only add to our vote share. If the community is feeling neglected, it is the responsibility of the party to make sure that its feelings are assuaged.

Why is Congress afraid of openly endorsing the sammelan when your strategy seems to target Brahmins?
Congress doesn’t believe in organising caste-based sammelans but if some people are organising and inviting Congressmen, why should there be any problem? The only problem i see is that other political parties are feeling threatened. Otherwise what’s the need to get alarmed? Brahmins had forsaken power but are now feeling politically and socially marginalised.

Strategist Prashant Kishor held a meeting of Brahmin leaders at your residence some days ago. What is the logic behind this push?
Our faith is on capability and adequate political representation for all classes. The Brahmin community feels there is a decline in their political representation. The last Brahmin CM in the state was 27 years ago. So, it is wrong to say that all positions have been captured by Brahmins in UP. In UP, only one particular community is in power. Only members of that particular community are blatantly given political power, jobs and sensitive administrative postings during SP-BSP rule.

Rahul Gandhi will kick-start a 2,500 kilometre padayatra across 42 districts. What is the whole exercise about?
Rahul Gandhi’s padayatra is going to be called the Kisan Padayatra. The focus is on the farmers of UP who are reeling under debt and high electricity bills. The third aspect is of Minimum Support Price (MSP) benefits not being translated to farmers on the ground. Rahul-ji is going to reach out to farmers not by huge rallies but by chaupal sabhas at various locations during his yatra. He will also begin a mass outreach programme in which Congress workers will target 60,000 households per assembly. Our target is two crore signatures in 20 days.

But Rahul has done various such programmes in the past with no follow-up. Why will it work this time?
Rahul-ji has always taken up the cause of farmers. His first speech in Parliament was on sugarcane farmers. In continuation of that he will engage with farmers and put pressure on government to improve their plight.

The last time Congress won over 30 seats in UP assembly was when your father piloted an alliance with BSP. Any thoughts about repeating the BSP alliance this time?
Alliances are a part of strategy and when that alliance happened Congress had split into two (Congress and Congress Tiwari). Congress did an alliance in Bihar to crush BJP’s communal agenda last year. Today, there is no alliance talk in UP. Congress will go it alone and the final call is with leadership.

You could only win 28 UP assembly seats in 2012. How many seats do you expect this time? Why should voters vote for your party?
The voter is totally disgusted with what he has got by various governments in UP, be it SP, BSP, or BJP. They have been divided on caste and communal lines. Congress has never wavered in its agenda that development is the way forward.

Will Priyanka Gandhi play a key role in party affairs and candidate selection in UP?
She has already been playing a role in Raebareli and Amethi. She is very familiar with the politics and problems of UP. Her contribution is very much appreciated by the party at large. There is demand for her to extend that further in the state, but the final call is with her and the leadership.