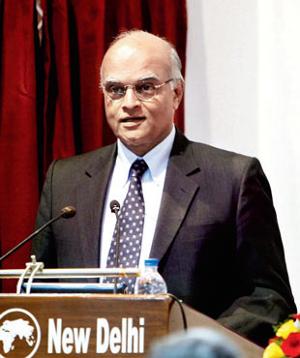 Speaking on India’s strategic culture at a public seminar earlier this year, National Security Advisor Shivshankar Menon pointed out that given the current unpredictability and flux in the international system “it is essential that we further elaborate our own culture and tradition of strategic thought.”

An uncertain world where alignments change all the time is a world “where Krishna, Bhishma and Kautilya would all feel equally at home” so it is only natural to look back at the various strands of Indian strategic thought and clearly articulate some answers to the big questions we face over the next decade or so.

Two months after that speech, the recent publication of the curiously named ‘Non-Alignment 2.0’ report is still causing ripples in Delhi’s strategic circles. Drafted by an independent group of eight respected analysts and policymakers, it seeks to identify the broad strategic challenges and threats India faces, to define the overall approaches it should adopt in its foreign policy and to build a new consensus around them. Much of the heat it is currently generating is driven by the use of the world ‘non-alignment’ in the title, evoking as it does memories of the dogma and the hidebound thinking that the original idea eventually turned into.

The ghost of Krishna Menon who first used the term at the UN in 1953 still haunts us and if the authors were looking to grab attention with a provocative title, they have certainly succeeded. Cut through the din though and what this new rebooted, touched-up ‘non-alignment’ for the 21st century actually means is strategic autonomy, always a central objective of Indian international policy. Put simply, it really is the old Palmerstone dictum of nations having no permanent allies or enemies, only permanent interests.

There is much that is sensible in the document: from advocating that we are better off being friends with the US rather than allies, to some hard-nosed advice on China and Pakistan. A detailed analysis of its prescriptions is best left to the experts but the report also necessitates some thought on two key issues that are directly linked.

First, at a time when India is seeking to reset its place in the world and engage in a serious discussion on its new internal and external priorities, there has so far been little in the nature of an official strategic blueprint. Apart from the annual reports of the Ministry of External Affairs which focus on specific goals, there are no clear defence or foreign policy white papers for instance which can articulate larger objectives in a deeper way. Of course, what you intend to do and what you say in public may not be the same thing but at least an articulation of key objectives is important for coordinated policy actions to follow. China, for example, has published public white papers on its national defence, foreign policy, foreign trade and most recently, on what it calls ‘peaceful development’.

Secondly, even after a coherent and consistent policy is articulated, the biggest problem will be to implement it effectively. India has some excellent diplomats but in comparison with other countries, the physical capacity of its foreign service is relatively limited.

The website of the Ministry of External Affairs (MEA) says that the current cadre strength of the Indian Foreign Service stands at approximately 600 people, running 162 missions and posts abroad, with an average annual intake of 8-15 new recruits. In comparison, the US State Department has over 11,000 diplomats, China over 4000 and even Australia has over 2000.

This structural weakness is so stark that even with the best brains and goodwill in the world, the MEA would be doing well to keep standing in the same place even if it was sprinting all the time. With a more muscular foreign policy must come a more dynamic foreign service with more quality and capacity, able to tap into the best Indian talent and strengths, even if they lie outside the bureaucratic system.

Speaking to the Constituent Assembly in December 1947, Nehru powerfully argued that “ ultimately foreign policy is the outcome of economic policy, and till that time, when India has properly evolved her economic policy, her foreign policy will be rather vague, rather inchoate, and will grope about.” It is undeniable that India’s economic progress over the past two decades is now driving the changes in its foreign posture. Whether one call this “Non-alignment 2.0” or something else, the primary drivers of Indian foreign policy are shifting.

The MEA has to be at the heart of this rebooting and those who are driving this intellectual change will know that the road from ideas to implementation will also need another structural reconfiguration, that of India’s foreign policy capacity. Non-alignment 2.0 will also need an MEA 2.0.