Missing a trick on Pakistan: how Islamabad can be made to change its game

HomePolitics & Current AffairsMissing a trick on Pakistan: how Islamabad can... 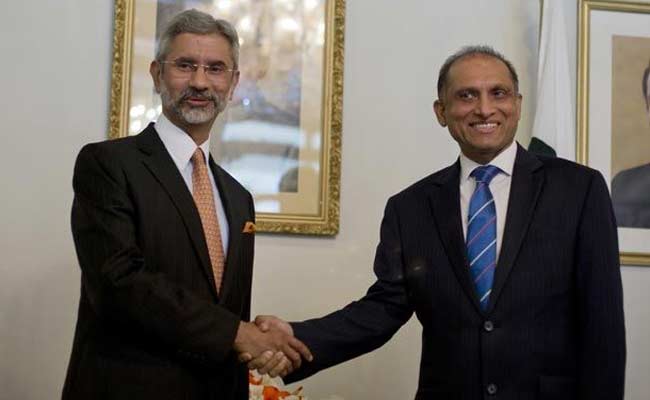 With Pakistan foreign secretary Aizaz Ahmad Chaudhry’s visit to Delhi achieving nothing except familiar restatements of old positions on terrorism and Kashmir, is New Delhi missing a trick on Pakistan? Back to a weary pattern of one step forward, two steps back with Pakistan the Modi government’s Islamabad policy, in that sense, seems struck in the same cul-de-sac that Manmohan Singh found himself in through the UPA years: damned if you talk, damned if you don’t.

With the Pakistan army showing no signs of reversing its anti-India terror policies and the rest of the world largely uninterested, is there any way out for New Delhi except for the diplomatic version of constantly breaking your head against a wall?

The challenge for India is how to find enough external levers of power to make Islamabad change its game. Despite the Pathankot attack, Pakistan succeeded in getting Washington’s nod for new F-16 fighter aircraft soon thereafter on the laughable grounds that they would be used for fighting terrorists.
US State Department going ahead with F-16 sales to Pakistan

The decision prompted former US ambassador to India Robert Blackwill to memorably describe America’s recent Pakistan policy as a “failure” of Einstein-ian proportions: “Einstein said that insanity is doing the same thing over and over again and expecting different results.” The same could also be said about our Pakistan policy too.

First, India can and must do much more to link Pakistan’s anti-India terrorism, from Pathankot to 26/11, with wider networks of global terror. Earlier this month in Salzburg, Austrian investigators detained Muhammad Usman Ghani, a veteran bomb-maker for Lashkar-e-Taiba and Lashkar-e-Jhangvi, with links to the 26/11 Mumbai bombings. He was detained along with an Algerian IS fighter. The Austrians are probing a possible link between the 2008 Mumbai attacks and November 2015 bombings in Paris.

Establishing deeper linkages between the perpetrators of terror attacks in India and those in the West, will make it more difficult for Pakistan to defend its flawed distinction of good terrorists versus bad terrorists. Foreign policy experts like Bruce Riedel from the Brookings Institution, for example, have argued that the Paris attacks themselves followed a template first created by 26/11.

Second, as we look for a new toolkit, there may be useful lessons to learn from Saudi Arabia’s recent travails in Washington due to rising public clamour over possible terror links. First, growing bipartisan support for a bill that would allow Saudi officials to be held responsible for any possible role in the 9/11 terrorist attacks, led Saudi foreign minister Adel al-Jubeir to deliver a warning to US lawmakers last month that the Saudis could be forced to sell up to $750 billion in US treasury securities and other assets to avoid these being frozen by American courts if the bill was passed.

Second, despite the Obama administration’s clear line that the bill should not be passed, both Democratic presidential candidates Hillary Clinton and Bernie Sanders strongly supported it. Third, President Obama on the eve of his fourth trip to Riyadh last week announced support for releasing a secret 28-page chapter from a 2002 US congressional enquiry on 9/11. According to its chairman, Bob Graham, these pages raised questions about the role of some Saudi officials. Saudi Arabia, of course, has long denied any role in the 9/11 attacks and remains a major American ally.

The big lesson for India here is that pressure on the Saudis has largely been led by lawmakers, not government. In much the same way that a strong Jewish lobby on Capitol Hill allows Benjamin Netanyahu leeway to often cock a snook at the White House, cultivating a much stronger and consistent pro-India lobby in the US Congress would be in India’s interest.

Annual American aid to Pakistan is now down to about $743 million, from $2.4 billion annual average between 2002-10, but it is still a substantial sum. This is a significant geo-economic lever of power that Blackwill, co-author of a new book ‘War by Other Means: Geoeconomics and Statecraft’, says America has never used enough. India must do more to push it in this direction. “The only time that America used coercion with Pakistan was when Richard Armitage (after 9/11) told President Musharraf, you are either with us or against us,” he said recently. “That led to a period of changed behaviour and cooperation.”

Delhi must act smarter and more tactically to pin Islamabad down. 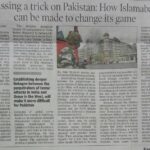