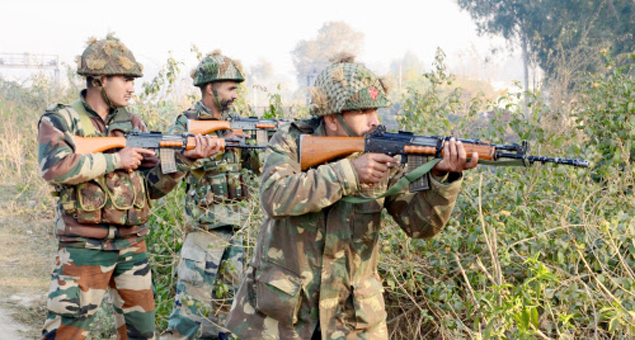 The government’s public handling of the Pathankot attack raises several serious questions which show that the lessons from 26/11 or other terror attacks haven’t been learnt.

First, why was there no clear communications strategy and why did ministers prematurely rush into congratulatory mode? The primary aim of terror is to spread public panic and clear public messaging in times of crisis is crucial. In Pathankot, like in 26/11, we had a mish-mash of too many authoritative people – senior government ministers, Punjab Police etc. – all getting into the act. Home Minister Rajnath Singh, for example, had to retract a tweet he put out on Saturday where he congratulated the security forces on successfully neutralising “all the five terrorists”.

In the absence of a clear focal point for authentic information, until the Home Secretary’s press conference on Sunday evening, the media reported what the ministers put out and the government’s eagerness to claim victory while the operation was still not over proved embarrassing.

The golden rule for communications during operations normally is for the commander on the ground to decide what to put out, and to do this himself or through his information officer. In Pathankot, the absence of a coordinated communication strategy in an operation that was reportedly coordinated from the start by the NSA, meant a great deal of information confusion.
Even when Home Secretary Rajiv Mehershi addressed the press on Sunday evening, he listed the Defence Security Corps martyrs in his casualty list as those from the Air Force. Only when questioned, it was clarified that the DSC men – who are ex-servicemen re-employed for security tasks- were being counted with the Air Force, which actually lost only one Garuda commando.

Contrast this with the Paris attacks, where no ministers or officials spoke prematurely and the French expertly controlled the information narrative with their President giving regular messages of reassurance. Pathankot is obviously not an urban attack like Paris but the crisis communication lesson there was clear.

Nobody expects the government to put out a running tactical commentary while an encounter is on but in an age where perception is everything surely putting one person in charge, and giving out regular information bulletins to provide clarity on facts that can be revealed and perspective on what can’t be put in the public domain should be the basic minimum. This is what Army Headquarters did on a daily basis during Kargil, for example.

Second, the casualty list is of 7 dead and 20 injured (as of Sunday evening) – is way too high, especially for an attack that was anticipated and for which specialist NSG commandos were put in place in advance. So, what happened? The defence minister has already ordered an enquiry and it is critical to find out what happened. Were standard operating procedures followed and were there command and control issues with too many agencies being involved?
Third, Pathankot is a military area and nearby Special Forces or infantry battalions could easily have been mobilised. So why wasn’t detailed combing of the region done after the information revealed by Punjab Police SP Salwinder Singh who was let off by the terrorists after being carjacked a few hours before the attack?

While the big-picture from Pathankot is the impact it will have on Prime Minister Modi’s political gamble on a peace move with Pakistan, it is equally critical to answer these questions from the internal handling of the encounter.