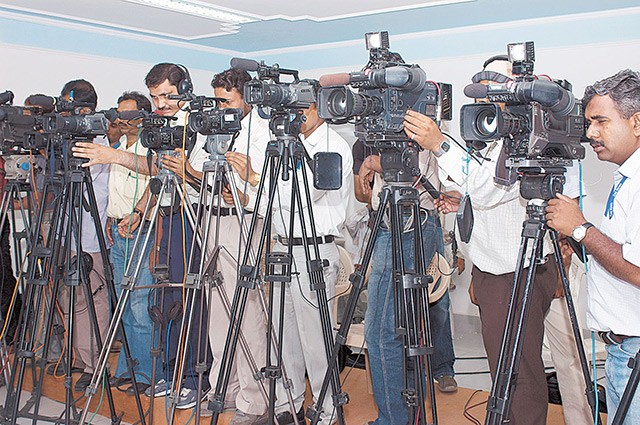 They then used their incumbent first-mover advantage to build turf walls and defended themselves against ambitious newcomers. The deep complexities of language and the unique challenge of India’s regional peculiarities meant that the regional players in the initial stages remained protected from predatory outsiders or from big media groups looking to expand. Television still operated like a cottage industry until the early years of the first decade of twenty first century and the initial big players – whether in Hindi or in the regional languages – more or less remained intact in their splendid isolation.

Since 2008 though, India’s television map has changed significantly with a spate of buyouts and moves towards consolidation. This phase has coincided with a greater corporatization of the industry, the availability of greater capital for expansion, and with a realization that it is the regional markets where the primary growth lies. It started with Zee’s first hesitant forays into regional languages, turned into a trend with Star’s determined push into the non-Hindi space and was cemented by Sun T0V’s underrated tactical brilliance in buying up channels in the non-Tamil south Indian languages.

Sony belatedly joined the rush too with an attempt to acquire the Telugu language Maa TV that later fizzled out. The first thing that stands out when one looks at the ownership map of the Indian television network business is that five players dominate the TV entertainment business: Star, Zee, Sony, Sun and Viacom. Between them, by 2012, these five big players ran about 10–12 per cent of the total TV channels in the country and controlled about 61 per cent of the viewing market (see Table 1.1). By January 2015, for example, the Telugu-language Maa TV remained the only major TV channel which still enjoyed a significant viewing share in any language and was not owned by one of the big five – until it too was acquired by Star.

The second thing that stands out is how little they control. The 61 per cent viewing market share of the big five companies might seem like a lot but not when one knows that this is the lowest when compared with other countries with big television industries. Indian television, for instance, is far more diverse than in other comparable countries. The top five companies in the United States control as much as 69 per cent of the cable TV market (and the top six companies almost 80 per cent, if you calculate by revenue share);14 the top five in the United Kingdom and Australia over 80 per cent, and the top five in Canada almost 80 per cent. In Japan, this is as high as 92 per cent, in Brazil, 77 per cent and in Italy and Mexico, the top two companies control almost everything.

So in relative international terms, Indian television remains a highly competitive and tough market, despite the trend towards consolidation.

Looking deeper into the Indian figures, no one network controls more than 20 per cent of the national market. Only Star reached near this mark in 2012, while the other four hovered between 6–14 per cent. The share of the big five is distributed across nearly a hundred individual channels, and if you drill down by language and by channel, the picture gets much more complicated.

Star is the leader in these languages but its next best competitors in each group is within 5-6 percentage points and closely snapping at its heels. This is especially true in Maharashtra where it has remained neck to neck with Zee. The key feature here is that, with the exception of the Asianet channel in Kerala, which alone accounts for one-fifth of the local market for Star, no single channel (as opposed to media group) in any language is so decisively ahead of its rival to be uncatchable. For example, the largest individual channels in Hindi hover between 6.5–8.5 per cent of the market share, in Marathi between 5–7 per cent and in Bengali between 12–15 per cent.

Leadership in these languages is less about having one big dominant channel and more about building it incrementally by running a diverse line-up of different kinds of programming: general entertainment, music, movies, children-focused channels. This is where conglomerates with diverse offerings and deep pockets have a built-in advantage and this is why stand-alone channels are difficult to sustain by themselves.

The second model is one of complete network dominance. This is the case in Andhra Pradesh, Karnataka and Tamil Nadu where Sun has held unparalleled sway. It is six times the size of its nearest competitor in Tamil Nadu and more than twice the size of the second largest networks in Karnataka and Andhra. In contrast to the states with close competition, Sun’s dominance in its three big states is powered by the numero uno status of its flagship channels. In Andhra, Sun’s totem pole Gemini TV is nearly twice the size of the next big network Zee Telugu. Similar is the case in Karnataka, where Uday TV is nearly double its challenger Suvarna TV.
And for historical reasons going to the heart of how its politics has evolved, Tamil Nadu is a class apart. In 2012, Sun TV’s astounding 31.5 per cent share in its original home ground dwarfed the measly next best of Vijay TV which stood at a mere 6.5 per cent.

Linguistic boundaries and cultural and political nuances give Sun such leadership in these states, but it is precisely these boundaries and nuances that keep it from expanding outside its southern bastions and its national share down to where it is.

But what does all this amount to and how does the ownership diversity in India match up with global trends? This is an important question and concerns of consolidation are genuine. Yet, much of this debate has so far been conducted more with emotion and ideology and less with facts. The data shows that with the exception of Tamil news, the most concentrated language markets in India still remain more diverse than most big television countries.

Not So Bad After All: Comparing Concentration
To measure owner concentration in industries, policymakers and scholars around the world have, since the early 1980s, used a statistical measure developed by two economists. The Hirfindal-Hirschman Index (HHI) measures owner concentration, and its use became widespread after the US Department of Justice and the Federal Reserve began using it to analyse the competitive effects of mergers. The higher points a market scores on the index, the more concentrated is its ownership, the lower the points, the more diverse the ownership. It is not perfect and can be improved, but it provides an objective and universally accepted method to measure market diversity.

By this measure, ownership concentration in all Hindi news and entertainment channels as well as English news channels in India is moderate and remains among the most diverse in the world. A 2008 study for the Ministry of Information and Broadcasting, which examined five language markets, found that the real problem was in Malayalam, Tamil and Telugu, which showed very high levels of concentration.

The quality of that report itself was questioned by many in the industry. But even if we accept its conclusions, we find that the situation in the Malayalam TV industry was similar to that in Britain, but better off than in Sweden, Germany, Italy and Ireland. Tamil news and Telugu entertainment were undoubtedly among the most concentrated globally but the world of Tamil entertainment appeared fairly diverse. The Telugu news TV industry was similar to that in Britain, Sweden and France – at least by these standards.

Data for other Indian languages is not available but seeing the available Indian figures side by side with international comparisons provides perspective.

Yet, statistical analysis of this kind provides at best an incomplete and at worst a misleading picture. There is a reason why Mark Twain classified three kinds of lies: lies, damned lies and statistics. To understand this, we must turn to the third key feature of Indian television: news television. The trends in the business of news TV are absolutely different from those in the larger entertainment industry and so startling that they deserve to be studied separately in the next section.

A New Indian Power Elite: The News with Politicians, Builders and Businessmen
The Columbia University sociologist C. Wright Mills stirred America in 1956 when he published The Power Elite. Though heavily critiqued, the book quickly gained classic status because it made the unwelcome argument that a small social class of influential people was taking over the key institutional ‘command posts’ of American society, the places where the decisions are made and which have the most direct influence on the course of events in society. Arguing that the power of wealth was not nearly as important as the ‘institutional powers of wealth’, Mills showed that a small coalition of big businessmen and ascendant military men had come to occupy the levers of power in the American social system with no effective counterweight to balance them out. The key insight of this argument was that the idea of democracy where different viewpoints competed with each other in the marketplace of ideas and the best argument eventually won out was in practise ‘more a fairy tale than a useful approximation’. If the system was always controlled at the top by certain elites, the idea of a society driven by its argumentative public would always remain an illusion, more the proclamation of an ideal and ‘the assertion of a legitimation masquerading as a fact’. His ideas were immediately attacked from all sides but the historical value of his work has endured as the first serious book that interrogated the hidden levers of social power in a supposedly democratic society where ‘an intricate set of overlapping cliques’ shared in ‘decisions having at least national consequences’.

India in the early twenty-first century is a very different place from the United States of the 1950s, but current trends in news television indicate that we may be seeing a similar move on to the strategic command posts of Indian society – by politicians and businesses with interests in real estate, chit funds or personal finance schemes.

News TV channels have arguably emerged as one of the most vital platforms and crossroads of Indian society, as one of its most influential lightning rods in the public sphere. The Indian power elite that emerged in the 1990s understand this and have gradually staked a claim to this powerful social lever. As Kevin Spacey, playing a cynical and power broker American Congressman in Netflix’s hit series House of Cards, argued, ‘Power is a lot like real estate. It’s all about location, location, location. The closer you are to the source, the higher your property value.’

With permission from HarperCollins India

behind a billion screens media and politics television
Share. Facebook Twitter Pinterest LinkedIn Tumblr Email
Previous ArticleHow a book launch set the stage for a fight between private and public television
Next Article Mehta’s ‘Behind a Billion Screens’ features in New York Times