Revising history: how a new archive changes our understanding of the past and the present 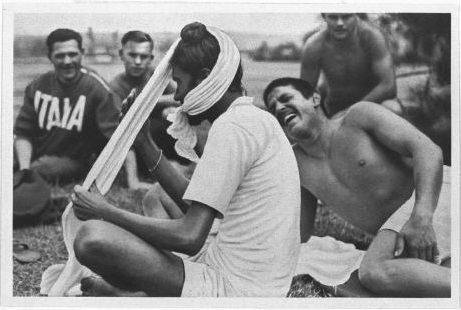 Abstract
This article outlines how fresh historical evidence recently made available in a new digital archive necessitates a nuanced rewriting of the complex linkages between colonial structures, early-Indian capitalism and the incipient nationalism that drove Indian sport and Olympism before independence. India became the first colony to take part in the Olympics, supremely dominating Olympics hockey between 1928 and 1956. This article shows how the new evidence necessitates a nuanced revision of the social history of early Indian hockey and Olympism how it also offers tantalizing fresh possibilities for a study of media history as well as the evolution of advertising, capital and identity in India.

The known story of colonial India’s encounter with hockey and the Olympics so far rested on four pedestals: it grew out of colonial institutions; it was appropriated by nationalist elites, who saw modern sport as an identity marker to accelerate India’s journey to modernity; Indian hockey, unlike Indian cricket and Indian football at the time, was not divided in these early years along regional and class divisions remaining largely meritocratic; and fourth, the symbolism of the rise of Indian hockey was not lost on the colonial overlords, who after England lost a practice game to India in 1928, chose not to participate in Olympics hockey from 1928 to 1948. Documents now made available in South Asia Archive show how the fourth pillar, the role of British administrators, now needs revising, strengthen our understanding of the third pillar, the region–nation divide, while significantly altering what we know of the social profiles of the leading players – especially with respect to the role of the United Provinces and the Central Provinces. They also add much more colour and detail to the second pillar – the interplay between the nationalist aspirations of the promoters of Indian hockey and the shifting role of the British supporters of Indian hockey at the highest levels of the British administration. Separately these pamphlets open up fascinating new lines of enquiry into the role of advertising and big capital in the growth of colonial hockey and early attempts by Indian publishers to tap into the sport-loving public as a market for media products.

ARTICLE
As a historian of the Indian media, it was only a matter of time before one found oneself being drawn into the study of that other conjoined twin of mass media: mass sport. No political, economic or social understanding of the evolution of mass media can be complete, after all, without the central role played by sport as a useful battering ram for media organizations of all stripes to reach out to bigger audiences. When Matsutaro Shoriki, Japan’s equivalent of the American media baron William Randolph Hearst, for example, created the world’s biggest-selling newspaper, Japan’s Yomiuri Shimbun, he also introduced professional baseball into that country to help him sell newspapers. A significant part of Yomiuri Shinbum’s journey into becoming Tokyo’s largest-selling newspaper in the 1930s owed to Shoriki’s decision to use sport as a vehicle to draw in readers. Despite not being a baseball fan himself, he brought Babe Ruth to Japan in 1934. It was an immensely successful decision that led to tens of thousands of Japanese fans thronging the streets to catch a glimpse of the player, protests by the ‘War-God Society’ that opposed American ‘defilement’ and Shoriki being stabbed in the back by an anti-American ex-policeman. He survived, andYomiuri Shimbum thrived by being at the centre of all this action and Shoriki went on to also found the Yomiuri Giants Baseball team which has dominated Japanese baseball since.1 Similarly, the thriving Indian Premier League for T-20 cricket was created initially as a response to the now-forgotten Indian Cricket League promoted by Indian television baron Subhash Chandra, of Zee TV, who wanted to do a Kerry Packer with Indian cricket.2 In 1976, Channel 9’s Kerry Packer virtually invented day-night cricket games with his rebel World Series Cricket after failing to win the broadcast rights to Australian Test cricket.

Sport and mass media remain at the heart of debates about nationalism, identity, globalization, capital and gender. The connection has long been clear but the trouble was that in the historical and social narratives of India – beyond the more recent literature on cricket – sport has remained a neglected sub-discipline. As the historian Dipesh Chakrabarty has presciently pointed out, this failure to mainstream sport history accrued in India to a number of structural problems in how India’s historians saw themselves and their profession. Even as sport historians sought to embed sport in wider social history, ‘the theoretical frameworks implicit in social history by their very nature marginalised sports events’. It came to be seen as an arena for cultural battles over culture but ‘could never compete for political status with constitutional or street battles over social welfare, decolonisation or democracy’.3

Whatever the structural reasons behind India’s lack of a robust sport history culture, this meant that when the sport historian Boria Majumdar and the present author got drawn into writing the first social history of India’s Olympic encounter, we found virtually no published academic histories on whose shoulders to stand on. Worse, there were no relevant archives worth the name to explore. None of India’s major sporting bodies – with the exception of the Board of Control for Cricket in India – maintained anything that could be called an archive in any sense of the word. The Indian Olympic Association, in 2008 for example, could not even initially find a copy of the voluminous governmental report on the 1982 Delhi Asian Games which was organized under its aegis.4
After days of running around officials, we were tipped off by a kindly clerk that he had once seen the only copy of the report locked up in a trunk in a government warehouse. Eventually he procured the rare copy for us, but the fact that such a government document was so difficult to find was incredulous for two reasons. First, the Asiad – also referred to as the ‘Indira Gandhi Games’ by its chief coordinator5 – was a seminal moment in Indira Gandhi’s second coming as the ‘Empress of India’ after the post-Emergency Janata government collapsed under its weight; it was crucial to the campaign to resurrect her moral imagery in the eyes of domestic voters and global audiences and also an arena where her son Rajiv Gandhi cut his administrative teeth as her political successor.6 Secondly, this search for the Asiad report took place at the time when Delhi was well into the business end of its much-criticized preparation for hosting the 2010 Commonwealth Games. In 1982, Delhi had universally been hailed for its excellent preparation by domestic and international observers, including those from the International Olympics Committee. In 2010, despite the same party being in power in Delhi, there remained among the organizers virtually no institutional memory of the Asiad and a failure to replicate precisely the things it did right in 1982 became the biggest reasons for the Delhi disaster of the Commonwealth Games.7
The point of this story is to illustrate how the lack of archives and a sense and understanding of history can have adverse consequences. To cut a long story short, the absence of primary material in India meant that Majumdar and my historical account of Indian sport was constructed almost entirely from the archival treasure trove that we found in the pristinely organized vaults of the International Olympics Committee (IOC) in Lausanne which had just been thrown up to scholars at the time. Indeed, it was only the opening of the IOC’s archive which made even the very idea of our work possible, because it had preserved in it every letter and every document exchanged with Indian sport authorities since the early 1900s. This voluminous paper trail of administrative documentation going back a hundred years, combined with a study of relevant media reportage and personal interviews with key personnel, gave us our story of the politics of Indian sport from the colonial period to the present day, eventually published as Olympics: the India Story.

Like thirsty and starving stragglers lost in the desert who had suddenly found a new oasis, we felt somewhat vainly and immaturely at the time that our account and the evidence that underpinned it was a bit like the Mahabharata of India’s sporting history. As the ancient Indian epic proudly described itself, ‘Whatever is here is found elsewhere. But whatever is not here is nowhere else’. We thought we had squeezed every bit of the available archives and were aware of the gaps that remained in our reconstruction of the story but were confident that until someone found some additional evidence somewhere else the story we had pieced together would remain definitive. This was substantiated by the sheer volume of reviews that followed in India and globally.
Until now that is. New historical records made available by the digital South Asia Archive show that the story we presented of the evolution of Indian sport in the 1920s and 1930s, its complex linkages with the incipient Indian nationalism and the colonial Games ethic and indeed its central role as a playing ground for the forging of an Indian ‘nation’ needs to be recalibrated and updated. Much of our work focused on the reasons behind the remarkable rise of hockey in colonial India, on why India became the first colony to take part in the Olympics and why India so supremely dominated Olympics hockey between 1928 and 1956. This included piecing together a social history of early Indian hockey based on the available records (all from the IOC archives), its linkages with the nationalist movement (the Indians were the only contingent, except for the Americans at the 1936 Berlin Olympics, who refused to salute Hitler at the opening ceremony) and how the tensions between traditional regional identity politics and the quest for a modern, meritocratic nation played out in the playing fields of pre- and post-independent India.

The new evidence published on the South Asia Archive however not only necessitates a slight revision of this story, offering a more nuanced narrative – based on what we now know – it also offers tantalizing fresh possibilities for a study of media history as well as the evolution of advertising, capital and identity in India, among other spheres.

This essay revises the conclusions we reached earlier – specific to Indian hockey and its politics in the 1920s and 1930s – outlining a richer, more complex perspective on this topic while also pointing out the need for creating organized digital archives, the current state of their evolution in India and how significantly they can enhance historical writing.