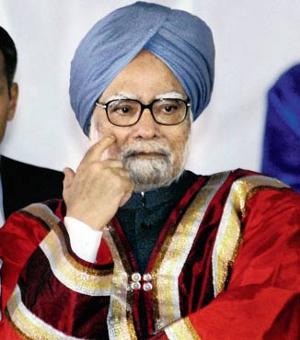 As the political season in Delhi shifts focus from Anna Hazare to the assembly elections, the Prime Minister’s traditional speech at the Indian Science Congress last week was more revealing than most on the underlying reasons for the real disappointment with the Manmohan Singh-era.

Lauding the best and brightest of Indian science, the Prime Minister lamented how the fraction of GDP spent on research and development in India has been stagnant at a low 1, how this must go up to 2 percent and private industry must chip in. Yet, this was precisely the same hope expressed over a decade ago by his predecessor, Atal Behari Vajpayee, at the Indian Science Congress in 2000 in Pune. So, what has changed and what exactly has happened in the Manmohan Singh years?

When he first came to power, the Prime Minister had two key things going for him: the imagery of an honest man, which is rare in the political system, and his stellar record as a respected academic and bureaucrat. Given this background, the least that many expected from Manmohan Singh, as Ramchandra Guha recently pointed out, was a minimum probity in public affairs, credible reforms in the bureaucracy and informed investments and progress in education and the knowledge infrastructure of India.

On the first count, the personal honesty of the Prime Minister had little meaning when he couldn’t stop the 2G rot and the Commonwealth Games mess. On the second count, the bureaucracy remains as obdurate as ever. So what has been his record on the knowledge infrastructure?

Let us focus here on science alone. On the positive side of the ledger, he can take credit for public investment in research and development growing at 20-25% per year during the 11th Plan period. In parallel, India is now ranked ninth in the world in terms of publications in peer-reviewed journals (as opposed to 15th in 2003).

But these achievements don’t look so impressive when we benchmark ourselves with global standards. A recent Royal Society report shows our scale of difference with other major emerging economies. Compared to our miserly spending of 1 percent of GDP on research and development between 1996 and 2007, China spent over 8%, Brazil over 3%, Mexico over 4%, South Korea over 3% and Turkey over 6%.

If knowledge and technology are the ultimate keys to future progress then India is not growing fast enough. China is already second in the global rankings of scientific publications and expected to overtake the US by 2020, some say even by 2013. Our current trends of growth in scientific publications won’t get us anywhere close to those in the next ten-fifteen years and are lower than other emerging economies as well.

Of course, governments cannot further the boundaries of science, only scientists can. But government does have an irreplaceable catalytic role in putting in strategic investments of money and creating an enabling environment. This is where the Manmohan Singh regime has championed several initiatives but without any real paradigm-shifting move that truly succeeded in transcending the past.

There is a reason why Indian scientists working in India don’t win Nobel prizes.

Without a major shift in priorities, our pattern has been that we look fairly good on paper to ourselves, but the scale of progress is simply not enough to keep pace with others who are doing it much faster and much better with much more money.

We are growing yes, but others are doing it faster, including countries like Turkey, which are improving scientific performance at astonishing rates. This is why the PM acknowledged in his speech that “India’s relative position in the world of science had been declining and we have been overtaken by countries like China. Things are changing but we cannot be satisfied with what has been achieved.”

Nehru may have over-estimated the role of science when he argued that “science alone” can “solve the problems of hunger and poverty, of insanitation and illiteracy, of superstition and deadening of custom and tradition, of vast resources running to waste, or a rich country inhabited by starving poor”. But no one can quibble with the basic sentiment of knowledge as a key to the future.

And this is where Manmohan Singh, surely our most knowledgable Prime Minister since Nehru, could have done much more to bridge the knowledge gap and leave a real legacy.