The soldier’s right: Why the arguments against one-rank-one-pension are misleading

HomePolitics & Current AffairsThe soldier’s right: Why the arguments against... 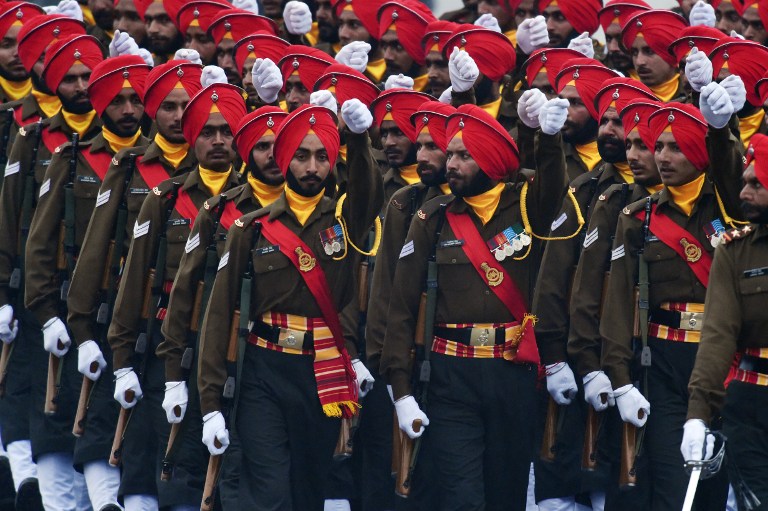 Roman emperor Augustus started the tradition of military pensions in 13 BC by guaranteeing life pensions to every legionary who fought 20 years for Rome. It set the bar for all modern armies and Independent India continued the British tradition of financially privileging military service until 1973, when soldiers were paid more than civilian bureaucrats.

That changed with the Third Pay Commission, which brought military salaries in line with civil services. It set us down the road to the current fight over one-rank-one-pension (OROP) by military veterans.

With ex-soldiers going on relay hunger strikes in over 50 towns, putting up posters across cities with the A R Rahman-Rockstar catch-line ‘sadda haq-aithe rakh’ [put our right here], circulating internet memes showing soldiers turning into skeletons as they wait for their dues, and at least one former army vice-chief writing publicly to veterans to pose a “viable and potent threat of sabotaging the aspirations of BJP” in the upcoming Bihar election, OROP has become a political hot potato.

Yet, listening to the agitators it is hard to avoid the conclusion that the fight for equal pensions is at its heart a proxy battle for what soldiers see as restoring their lost ‘izzat’, for getting what they see as their rightful place in the civil-military balance where political control of the military has translated into bureaucratic control.

The biggest argument against OROP – the notion that every pension-eligible soldier who retires in a particular rank should get the same pension irrespective of when he retired – is: What happens if other uniformed services like BSF, CRPF and so on also demand the same right?

This is a facile question because unlike bureaucrats and paramilitary forces who all serve till 60 years of age, most military soldiers retire at 35-37 years of age, while officers below brigadier-or-equivalent do so at 54. The nation retires soldiers early to keep the army fit and young. They must be compensated adequately.
Secondly, the Sixth Pay Commission granted what bureaucrats call “non-functional upgrade” (NFU) to officers in all-India Group A services. This is a sort of ‘pay-promotion’ allowing them to draw higher pay than their rank under certain conditions. Almost all civil servants benefit from this while defence services officers do not. As lawyer Navdeep Singh points out, NFU is a sort of “OROP by backdoor for civil servants”.

Third, for some unfathomable reason, serious disparities seem to have crept into other field allowances. For example, army special forces soldiers get an extra Rs 800-1,200 per month as allowance, while Cobra commandos of the paramilitary forces earn an extra Rs 7,200-11,000 per month.

Fourth, compared to the bureaucracy, police and paramilitary, defence forces keep their career pyramid much steeper to ensure professional standards. Only 0.8% of defence officers make it to the rank of major general after 28 years of service, compared to a much higher rate of civil servants who are eligible to become joint secretaries, an equivalent rank, at 19 years of service.

The UK has embraced one-rank-one-pension for soldiers. Our two biggest strategic challenges, Pakistan and China, have of course always privileged their military. This is why the Supreme Court on 9 September 2009, parliamentary standing committee on defence in May 2010, and Rajya Sabha committee on petitions on 19 December 2011 all backed the OROP demand.

The question is how much it will cost? This is where soldiers allege bureaucratic games. In 2011, the defence ministry told a parliamentary committee that annual costs would be Rs 3,000 crore while the finance ministry calculated a figure of Rs 1,300 crore. In 2014, the defence ministry’s controller general of defence accounts reportedly estimated Rs 9,300 crore and current reports point to a figure closer to Rs 8,000 crore.
Whatever the final number, it is much more than the Rs 1,000 crore that finance minister Arun Jaitley allocated to OROP in his 2014-15 budget. Even so, for a country with an annual defence budget of Rs 2,20,000 crore and which relies so much on its soldiers, we should be willing to bear this.

The longer the fight drags on, the longer India’s soldiers feel unappreciated. Nehruvian India, fearful of military coups which engulfed every other post-colonial democracy from Asia to Africa, gradually reduced the place of soldiers in the administrative hierarchy in orders of precedence and pay. The time has come to go beyond patriotic slogans and meaningless jingoistic saluting and reset the civil-military balance, restoring the military its rightful place in a confident democracy.

With military veterans asking “where are acche din for us”, returning their medals and sitting on relay-hunger strikes, the prime minister must heed to Chanakya, the architect of the first pan-Indian empire, who is said to have advised Chandragupta Maurya: “The day a soldier has to demand his dues will be a sad day for Magadha. From then on you have lost all moral sanctions to be king.” 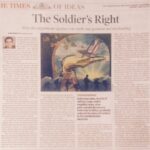