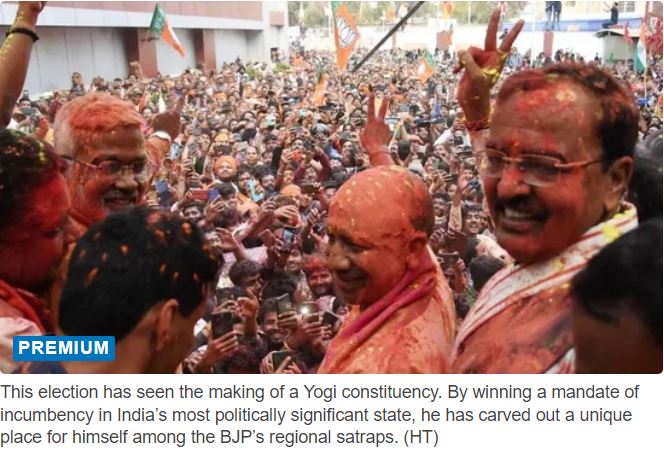 The sweeping win shows the social coalition that powered the party to victories in 2014 and 2019 is not only intact but now stronger and deeper. This is due to the appeal of PM Modi and CM Yogi

Yogi Adityanath is the first sitting chief minister (CM) of Uttar Pradesh (UP) to be returned to power since Independence. In the days of the Congress dominance of yore, the party won successive state elections, but always with a different CM. And the last time an incumbent party returned to power in UP was at least 37 years ago: Almost a decade more than the median age of the average Indian. Such a political triumph would be staggering in itself. That the Bharatiya Janata Party (BJP) pulled it off after two years of economic strife (the Gross Domestic Product has just returned to its pre-lockdown size), the deprivations of the coronavirus lockdowns, and a vociferous farmers’ agitation — and with a landslide — makes it even more stunning.

Read the Full Article Here: The BJP has changed the old rules of politics

This article was first published on Hindustan Times | Mar 10, 2022