Why news channels are repeatedly in the news 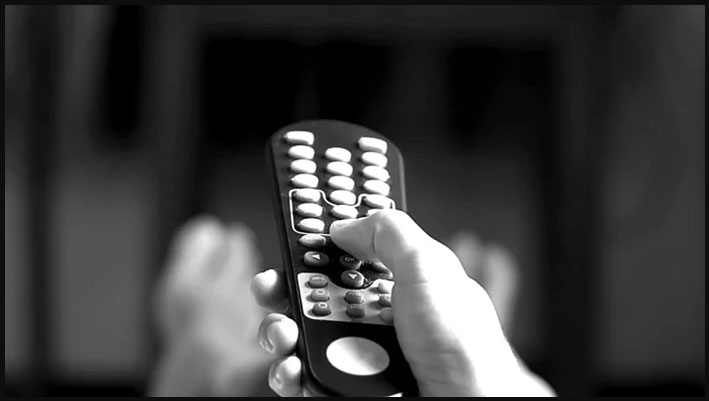 The news genre accounts for only 10% of the TV viewership but 100% of the controversy around who watches what. Why don’t broadcasters of other genres complain?

Last week, a Mumbai court rejected the bail plea of Partho Dasgupta, former CEO, Broadcast Audience Research Council (BARC) India. According to Live Law, a leading publication, Dasgupta had claimed in his application that he was only a BARC India employee and not a “whole and sole (authority).” He also said that the board of directors and a disciplinary committee were above him in the council.

Dasgupta was arrested by Mumbai Police for allegedly “taking money from (Republic TV channel head) Arnab Goswami” and “manipulating the television measurement” in a manner that suits the channel. This news made headlines in almost all the mainstream news channels.

Along with Dasgupta, Mumbai Police also arrested a total of 15 individuals, including the owners of Fakt Marathi and Box Cinema, CEO of Republic TV, former COO of BARC India, among others, in connection with the ‘TRP scam’.

The news channels have always had a problem with the ratings. Prannoy Roy’s NDTV had filed a case against TAM Media Research, a 50:50 joint venture between AC Nielsen and Kantar Media Research/IMRB. TAM used to measure TV viewership, and was the only body to do so before BARC India started rolling out data in 2015. One would have thought that the emergence of BARC India, which measures TV viewership through 40,000-plus meters compared to TAM’s 8,000, would bring a consensus among broadcasters, it did not.

While responding to the TRAI’s consultation papers, News Broadcasters Association (NBA) said on record that BARC India is not neutral, and called for reform. Now, there is the entire episode of Mumbai Police probing the TRP scam and Dasgupta’s arrest. While one might say that it is the Maharashtra government’s way of curbing Republic TV and Goswami’s freedom of expression, Mumbai Police has gathered more than one piece of evidence to prove the scam.

But why is it that the news channels are always at the forefront when it comes to having an issue with the ratings or measurement bodies? Says Nalin Mehta, dean, School of Modern Media, UPES, and an author, “Unlike in the west, where distribution and subscription is the primary source of revenue, in India, it is other way around, with 30 per cent coming advertisement and 70 per cent from subscription. Therefore, ratings become very important.”

According to BARC India data (January 4, 2020 to January 1, 2021), the news genre contributes about 10 per cent to the total TV viewership. General entertainment channels (GECs) lead the way, with 50 per cent viewership share, followed by movies (24 per cent). According to leading consulting firm EY, in terms of ad spends, 13 per cent, amounting to Rs 3,640 crore, was spent on news in 2019. The total ad spend was estimated to be around Rs 28,000 crore.

Why don’t the GECs, which have a far larger business depending on the ratings, question the integrity, instead of the news channels? Says Mehta, “News channels or other niche channels are such small part of the universe that even a small change can statically have a huge impact.”

He adds, “If you have two per cent of the overall viewership, then even if one box changes, the entire metric changes. English news is 0.4 per cent of the overall viewership. So if you change two boxes in Mumbai, the entire metric changes. GECs, on the other hand, have much bigger and more stable audience. Beyond a point, little changes in the boxes don’t make that much difference to their overall ballpark numbers.”

The way media is bought is also a reason why ratings become so important, feels Raj Nayak, founder and MD of House of Cheer, also the former group COO of Viacom18. “Irrespective of what anyone says, the majority of the media buys happen through media agencies. The truth is that as far as English news goes, where the viewership is so minuscule and the buys should happen on quality, most media buyers use ratings to negotiate the pricing.”

Nayak, who was once chief executive at NDTV heading ad sales for the news broadcaster opines, “The common man actually doesn’t give a damn about the ratings of a channel. They watch the channel that they relate to. But within the industry, the ranking of a channel helps drive perception. Most advertisers (I hope the trend changes) have been buying quantity over quality. What they need to realise is that the medium is also the message.”

BARC India provides credible data that is collected through a scientific method. Based on that data, thousands of crores are spent on TV. It also plays a role in deciding what India watches. “The BARC brand has taken a beating for sure. It has to devise better measurement and higher sampling for more credible audience measurements,” says Ujjwal K Chowdhury, pro vice-chancellor, Adamas University.

“The news genre is connected to life in reality, influences public opinion and, thereby, politics and electoral outcomes. The stakes are high. In today’s times of restricted movements and physical distancing, the impact of social media and TV on public opinion is even more poignant. And so is the noise and the attempts to influence it,” he asserts.

It is clear that BARC India needs a course correction. Mehta says that it has already begun. He opines that the review, report, and resignations of former employees are all a part of the course correction. Even before Mumbai Police started probing the matter, Sunil Lulla (the new BARC India CEO) had made some progress in reinstating the trust, Mehta says.

BARC India was constituted to remain independent and function with authenticity. Its current management will need to play a role to bridge the “gap between intent and the actual practice,” concludes Mehta.