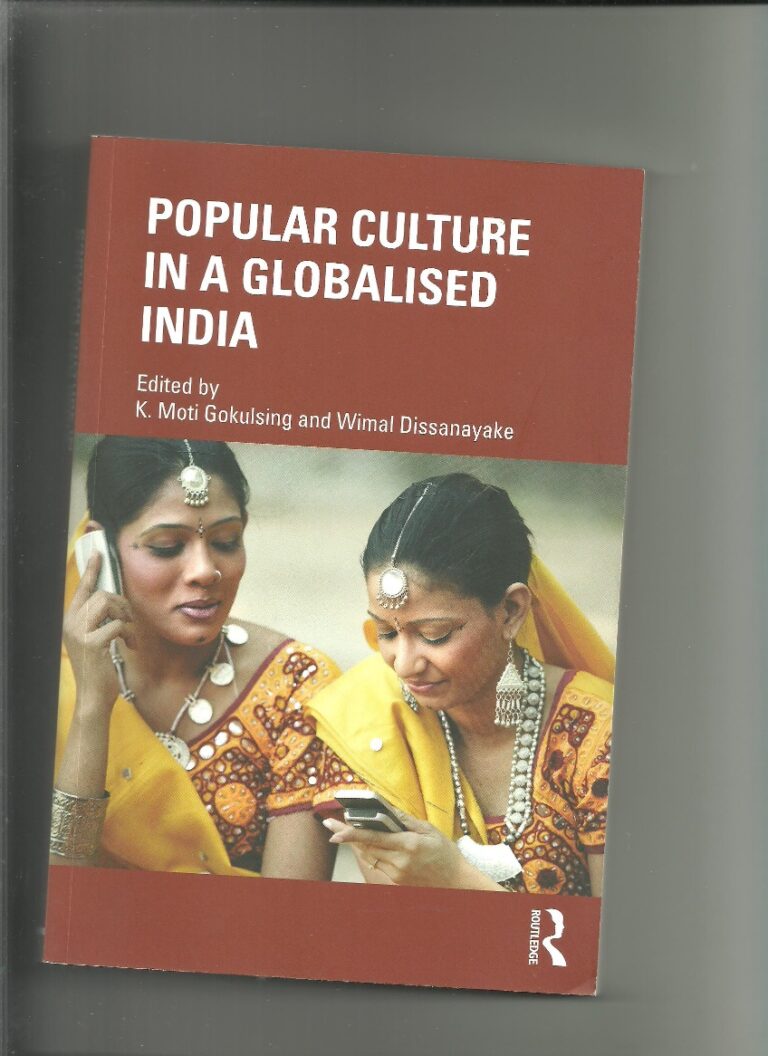 This article outlined the wider historical and political themes around Indian television and its political impact.

Some reviews of this book

…an imposing effort to combine scholarship with new perspectives on the changing landscape of the popular modes of self-expression in the region. It is bound to attract the attention of both academics and general readers.

This edited collection presents some of the most exciting interdisciplinary scholarship on popular culture in contemporary India. For over two decades, Indian popular culture has undergone rapid and decisive changes resulting from the liberalisation of the economy and the influx of transnational media. These developments have had profound consequences for the lives and aspirations of many Indians, particularly those residing in urban areas. The essays in this volume track some of the shifts that have occurred, with a sensitive eye to how these changes have implicated social and cultural life in contemporary India: its large canvas encapsulates topics ranging from food culture and cyber culture to print culture and fashion, in addition to film and television. One of the most remarkable features of this collection of essays is its sensitivity to the nuances of local specificities even as it keeps in mind the bigger picture of some of the larger changes taking place on a national and global scale. I cannot wait to read and teach this book, and draw on it for my own research.

This is a book which stands out for its range and variety, and overall, is one which provides both students and scholars with a ready resource for the study of India’s popular culture. It is a book which should be equally accessible to researchers and the general reader.