Budget a wasted opportunity … do structural reform of factor and product markets … I stand by Ishrat affidavit: P Chidambaram 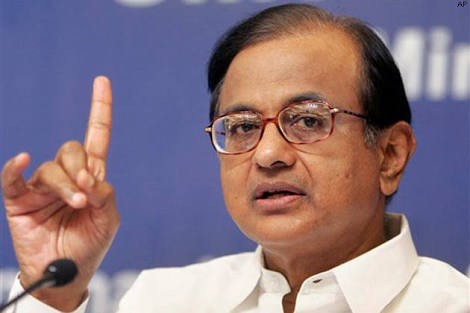 P Chidambaram was finance and home minister in the UPA government and is the author of Standing Guard: A Year in Opposition. He spoke to TOI on Arun Jaitley’s budget, the NDA government and Ishrat Jahan.

You have called the budget a wasted opportunity. Why?
This government has a majority which no government has had in 30 years, but earlier governments, even if they didn’t have a majority, attempted major structural reforms: in 1991, 1997 and 2005-06. There was a great opportunity for the NDA government to attempt bold structural reforms but they have wasted an opportunity.
Do you think the government is essentially continuing the broad framework of the UPA in governance?
We are happy that they are continuing our programmes which they had once rubbished and rejected out of hand but that is not enough. Those programmes must be continued, but at the same time government must do structural reform of factor markets and product markets. Your majority allows you to do that, both by legislation and executive action.

On retrospective taxation and the Vodafone case in particular, the finance minister said that he tried to fix it with the law but it wasn’t possible. Why can’t this be fixed?
We tried to fix the problem through conciliation but the company backed out at the last minute. I suggested to the finance minister very early in his tenure that he should fix it through the law: just amend that clause and make it prospective which means that you cannot then tax Vodafone on that transaction. What they have tried is to fix it through the law by calling upon assessees in such cases to pay the tax alone and there will be no liability to pay interest or penalty. That is a second-best method. Let us see whether they succeed.

Why do you say the government has given up on exports?
There is one sentence in paragraph 86 of the budget and if they don’t pay attention to exports, which is a very important driver of economic growth, one of the four engines, what else can i conclude except that the government seems to have given up on the export front.

You have been attacked for the affidavit in the Ishrat Jahan case. What is your response to former home secretary G K Pillai’s revelations?
It’s there in the file. There was an affidavit that was filed without my approval. That affidavit was misinterpreted by the Gujarat police and the court maybe. Therefore we were obliged to file a supplementary affidavit clarifying that. Intelligence inputs are shared by the IB with the state police.

Intelligence inputs are not conclusive evidence. Conclusive evidence is gathered by the investigating agency and presented to court by the prosecutor. The affidavit clarified that point. Every sentence in that affidavit is absolutely correct.

Does the political signalling in the budget reflect a response to the suit-boot ki sarkar jibe?
They had neglected rural India, the social sector and agriculture. I am glad they have realised that such a neglect was wrong so they have attempted to make some corrections which are welcome. But it also gives rise to the suspicion that this government is not genuinely and truly committed to structural reform of the economy.

Are you surprised that you wrote more on other topics, apart from economics in your book?
That’s how the narrative changed over the year. I intended to write mainly on economics but as the year passed by the narrative changed. By the end of the year the narrative was no longer economic development. It was intolerance, divisiveness and harassment of anyone dissenting from the government. Therefore more columns had to be devoted to other subjects.