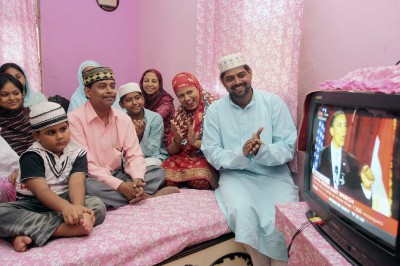 In early 2008, India’s Zee News broadcast a ‘special investigation’. With a loud, red banner labelling the inquiry an ‘exclusive’, the program made two claims: first, it professed to have found definitive proof that Ravana, the mythical villain of the Ramayana, had maintained an air force. And second, the program revealed that it had found a secret cave in Sri Lanka with Ravana’s mummified body.

By way of proof, the channel offered an excited-looking reporter standing on a hill holding some local black soil. As he explained, the soil was black because the ballast from Ravana’s aircraft had singed it. For the second claim, the channel specified that the mythical demon king’s mummy was exactly 17 feet long and it lay entombed in a mountain cave. Only, the intrepid reporter could not reach the supposed crypt because there were demons guarding their lord’s mummy.

Footage of the reporter was also liberally interspersed with dramatised scenes from a 1980s televised version of the Ramayana and another more recent version. It was as if the dramatised scenes were stock news footage from a real historical event. There was not even the pretence of demarcating reality and artistic portrayal.

The program helps illustrate two contradictory trends in Indian television over the past decade: a booming and continuously expanding television market in India, and simultaneously a severe crisis of content and regulation.

What explains this situation?

Consider the facts. In 2000, India had 132 television channels. By 2011 this number had increased to over 500 channels in various languages. By 2009 more than 100 channels were broadcasting news in 15 languages and more than 80 were 24-hour news channels. There has been a simultaneous expansion in reach: in a little over a decade, the total number of Indian households with television more than tripled, to 120 million.

The boom is only half of the story. As a growing industry, employing three million people a year and earning US$15 billion in annual revenue, everything should be rosy. But talk to any senior TV executive today, especially those working to provide content, and you are confronted by tales of gloom. In 2011 the head of Star TV — India’s largest television network — argued that there was a serious ‘dearth of talent’ in the industry. This means that mediocre content, low levels of innovation in programming and constant repetition of anything that seems to work pervade Indian television.

Sixteen years after the Supreme Court’s historic judgment that freed the airwaves from government monopoly, India is still waiting for a comprehensive law that covers all aspects of broadcasting, including reasonable content guidelines and cross-media ownership laws. India remains the most unregulated television market in the world — and while this suits owners and editors, the grey areas inherent in the legal structure are responsible for much of the current frustration with content issues.

The problem is that any discussion of broadcast reform gets stuck between two poles: the controlling impulses of a state always looking to take back lost control, and the need to maintain the independence of television. Instead, oversight is characterised by promises of self-regulation that always fall prey to the weekly tyranny of ratings. And with no overarching regulatory body, Indian broadcasting exists within a highly confusing maze of overlapping controls.
In many ways, Indian television has continued to operate in a legal framework that is akin to the north Indian word jugaad (roughly translated as an ‘improvised arrangement’). Jaipal Reddy’s 1997 Broadcasting Bill sought to create a new legal structure for broadcasting but disappeared into oblivion when the Gujarat government fell in 1997. Priya Ranjan Dasmunsi’s draconian version of such a bill is now on the backburner. The Ministry of Information and Broadcasting has also periodically tried to fill the regulatory vacuum with draft legislation, and executive directives and notifications.

A recent move by the Indian Broadcasting Federation (IBF) to add more teeth to its self-regulation mechanism, with backing from the Ministry of Information and Broadcasting, is still untested. It formed the Broadcasting Content Complaints Council in May 2011, and the organisation has since announced a series of self-regulatory guidelines for non-news channels, a system for classifying programming into categories and a mechanism for addressing viewer complaints.

Most major media groups insist that this kind of self-regulation is the only viable solution, but it is too early to judge the effectiveness of the new structure. It is important to note, though, that not all broadcasters are members of bodies like the IBF and self-regulation has not had a good track record in Indian broadcasting so far.

The second major challenge is the increasing level of political control within the industry — both in the cable networks that control distribution and the television channels themselves.

By early 2011, numerous channels were openly owned or aligned with political parties. In Andhra Pradesh, one regional editor estimated that 11 or 12 of the state’s 14 news channels were indirectly or directly controlled by politicians or their proxies. In Tamil Nadu, the DMK party’s Maran family continues to control the cable distribution industry. PMK founder S. Ramadoss started Makkal TV in 2006 and the AIADMK controls Jaya TV. In Karnataka, in a district like Bellary, the controversial Reddy brothers from the BJP control the entire cable business, just as the family of former JD(S) Chief Minister Kumaraswamy runs the cable industry in the Hassan district. In Kerala, Indiavision is run by Indian Muslim League leader Dr M.K. Muneer, while Kairali TV is said to be patronised by the CPM and Jaihind TV by the state Congress unit. These networks coexist with independent ones, but the trend of political control is strengthening, reducing the space for truly independent media.

The third major challenge is that the television industry’s business model is failing. In most developed television markets, roughly 70 per cent of earnings come from subscriptions and about 30 per cent from advertising. In India, it is the reverse. This means the networks’ business models are entirely dependent on advertising revenues. In a market where hundreds of channels are competing for advertising, the structural economy of television forces many channels to focus on pitching content to the lowest common denominator so they will register on television rating panels. But few broadcasters even trust the ratings system — although there has been no serious attempt to change it. Networks have never banded together to exert pressure for a better ratings system or, indeed, invested in one themselves.

This nevertheless leads to greater relative expenditure on paying off cable operators just to be exposed to viewers — but very little comes back through subscription revenues, due to the persistent under-reporting of subscribers. One network head estimates that of the Rs200 billion (US$3.9 billion) paid yearly by consumers to cable operators, only 11 per cent comes back to broadcasters. The crisis of content, in this view, is a direct off-shoot of problems in the business model.

One clear way to remove these structural impediments is the digitisation of cable networks, which would allow the tracking of every viewer. Unfortunately, this has proceeded much slower than predicted because of the huge costs involved and questions over who will foot the bill. About 90 million of the estimated 120 million homes in India with televisions are still not digitised. The government has fixed 2015 as the deadline for the crossover, but a recent industry report estimates only 60 per cent digitisation by that date, even though the pace has increased substantially in recent years.

Ultimately though, problems in the television industry are not merely caused by ratings meters and failing business models. They are also the result of lazy programming and a ubiquitous reliance on short-cuts to achieve high ratings — whatever the cost.

Dr Nalin Mehta is an Honorary Fellow at the Institute of South Asian Studies, National University of Singapore.

This article first appeared in the East Asia Forum Quarterly, ‘Ideas from India’. 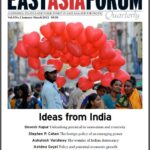