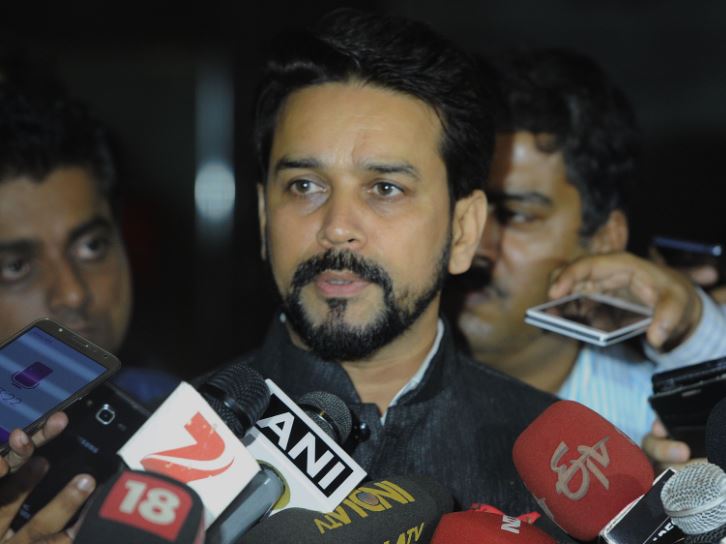 Lord Harris, governor general of colonial Bombay in the 1890s and co-founder of what was then the Imperial Cricket Council, captured for posterity the special beauty of cricket when he declared that to play “cricket is more remote than anything sordid, anything dishonourable than (sic) any game in the world. To play it … is a moral lesson in itself and the classroom is god’s air and sunshine.”

BCCI’s sordid reign over the money-making leviathan that is Indian cricket ended long ago whatever remained of the “moral lessons” inherent in Indian cricket. While the cricket itself, like that played by Virat Kohli and his men, still partakes of the divine on special days, the cosy club of men that run the game – and they are all men – has long been a byword for misuse of power. Now, as the legal battle for reforming Indian cricket reaches a closing crescendo in the portals of the Supreme Court, the cosy club is making its last stand.

Amazingly, BCCI has now given up even the pretence of fighting for cricket’s “moral lessons”. It has closed ranks in what can only be seen as a desperate last lunge to preserve the dregs of what remains of its untrammelled power.
It didn’t have to be like this. For a very brief period earlier this year, after the Justice RM Lodha Committee submitted its 159 page report on January 4, it looked like the Board would indeed fall in line with much-needed reforms. In retrospect, the board’s original defensive crouch may only have been a tactical ploy.

When it became clear that the panel’s sweeping recommendations would automatically end the careers of many cricketing bigwigs – the likes of Sharad Pawar in Mumbai, N Srinivasan in Tamil Nadu, MP Pandove in Punjab and Niranjan Shah in Saurashtra among others – the powers-that-be began a counter-putsch.

The burden of BCCI’s argument is simple. It accuses the Lodha Committee of trying to “run cricket” in India, as its lawyer Kapil Sibal pithily put it. Its review petition on BCCI vs Cricket Association of Bihar, arguing that the apex court’s order for implementing most of the Lodha Committee reforms owed to a “zeal to purportedly clean up cricket” but was completely contrary to the law, is of a piece with this broad line of resistance. The Supreme Court’s rejection of this petition on October 18 blows this argument out of the water.

BCCI may indeed have had reasons to worry about judicial overreach pushed by public disgust for cricket administrators, but at the end of the day the court’s pronouncements are the law of the land. However, BCCI’s quest for loopholes continues.

First, BCCI defiantly argued that it could only comply with parts of the court verdict that suited its members and not others that harmed their individual interests. The board has taken recourse to the TN Societies Act, under which it is registered, and which requires a three-fourth majority of members to accept reforms. BCCI president Anurag Thakur has argued that “we can’t force members”.

Now imagine if a big corporate accused of wrongdoing or a state government under public pressure to increase the ceiling of reservations made this kind of argument: saying it was unable to implement court orders because its stakeholders were unwilling to comply. Wouldn’t that be contempt of court?

As Chief Justice Thakur rightly asked on April 8: “What we understand you (BCCI) are suggesting that ‘I am answerable to Registrar of Societies. I will be only accountable to Registrar of Societies. I will be amenable to criminal law but I will not reform. Don’t ask me to reform’.” BCCI has conveniently ignored the fact that a few associations like Vidarbha, Tripura and Rajasthan accepted all the Lodha panel reforms unilaterally.

As cricket historian Boria Majumdar has argued, several state cricket association members “speaking off the record have suggested that their hands were tied because they were scared of BCCI isolating them if seen to be supporting Justice RM Lodha’s recommendations. To suggest that these associations have forced the hands of the BCCI top brass is ludicrous. The reason is simple. The BCCI top brass will be wiped out if the reforms are implemented. It is about the individual not the institution.”

Second, BCCI openly flouted the SC order just days before its special general meeting to disburse significant funds to state associations, saying that since the money was for routine matters, it wasn’t illegal to do so. This disbursement of almost Rs 400 crore, however didn’t need an emergent working committee meeting, it could as easily have been done with the annual general meeting on September 21. Why was it done?

Third, though BCCI chief Anurag Thakur has denied asking ICC CEO Dave Richardson to state that the Lodha Committee’s appointment was tantamount to “government interference” he has accepted that he did remind ICC chairman Shashank Manohar in Dubai in August that this had indeed been his position when faced with the appointment of a Comptroller and Auditor General (CAG) nominee on the BCCI apex council when he himself was BCCI president.

Taken together, all three arguments above reinforce the sense of a cricket board trying hard to find escape routes from structural rightsizing, not a morally minded organisation trying to plug its gaps. Amicus curiae Gopal Subramaniam is right that the constant to and fro between BCCI and state association is a “charade” in which “Mr Jekyll is indeed Mr Hyde”.

It is time for the Supreme Court to end this farce.