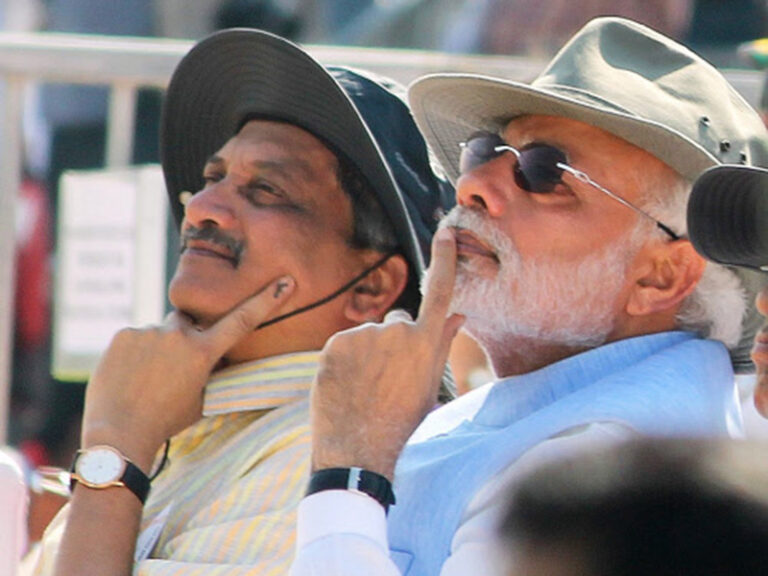 These are strange times for India’s armed forces. Our soldiers are caught in the middle of the biggest chestthumping and political messaging exercise since the Kargil war, which includes the PM’s laudable ‘Sandesh for Soldiers’ initiative with evocative Diwali photo-ops on the frontlines, rakhi-tying ministers in distant outposts and defence minister’s quixotic declaration that India’s soldiers were like “Hanuman who did not quite know their prowess before the surgical strikes”. Yet, just as fighting is intensifying on the LoC, soldiers also find themselves being confronted by news that the defence ministry may not only slash their disability pensions but also seems to have downgraded their status vis-a-vis civilian counterparts.

The inexplicable dichotomy between the politics of patriotism around the Indian armed forces and the simultaneous reduction of the state’s compensation to soldiers (while increasing similar perks for bureaucratic counterparts) is worthy of a stellar episode of the BBC’s iconic 1980s sitcom Yes, Minister, if not Shakespearian black comedy. It would have been farcically funny, if it wasn’t so tragic.

For a government so gung-ho on the muscularity of our armed forces and so keen to wear patriotism on its sleeve, the unseemly controversy over the status of armed forces officers is befuddling. First, on October 18, the ministry of defence (MoD) issued a circular which, while announcing the relative status of military officers vis-a-vis their civilian colleagues, seemed to pull them down a notch. A civilian joint director in Armed Forces Headquarters, according to this circular, would be equivalent functionally to a colonel, a director to a brigadier and a principal director to a major general. Under the Warrant of Precedence, however, a major general is equivalent to a joint secretary. This circular, issued with “approval of the Hon’ble Raksha Mantri”, indicated downgradation.

The MoD responded to media reports on October 27, flatly denying any changes. It was unequivocal that “there has been no downgradation or any change in the existing equivalence of the service ranks whatsoever,” and asserted that “existing functional equivalence as clarified in 1991 and further reiterated in 1992, 2000, 2004 and 2005 has only been reaffirmed.” So was it simply a misunderstanding? MoD’s statement somehow omitted mentioning the 2009 Group of Ministers (GoM) report, headed by Pranab Mukherjee, which had clarified disputes in the hierarchy and had equated, for example, colonels with directors. The PMO and cabinet not only accepted that report, orders to this effect were issued in January 2009, as lawyer Navdeep Singh has pointed out.

Suddenly, it seems to have been forgotten. It is an embarrassing boo-boo by MoD bureaucrats. The defence minister is now reported to be setting up a three-member panel to resolve the rank parity issue. As Navdeep Singh rightly argues, such controversies highlight “the pitfalls of the one-way file noting sheet system, a bane of the Westminster model, by which files are initiated from below but the senior level functionaries or even the political executive have no way of determining the truth or the veracity of what is put up to them. This assumes an even higher danger in the ministry of defence wherein the stakeholders (armed forces) are not a part of the file movement and have no manner of rebutting incorrect postulations in real time”. It leads to the kind of embarrassing situation we have now.

Second, a day after the Army’s surgical strikes, MoD drastically reduced pensions of soldiers disabled during military service. Based on Seventh Pay Commission recommendations, the ministry scrapped a percentagebased system of disability calculation to go back to an older system, which would mean less money for soldiers — though no such change has been made for civilian disability pensioners or those from central armed paramilitary forces. This was an unfortunate signal to soldiers, though the change is now on hold pending a decision by an anomalies committee.
These controversies follow previous ones over the Seventh Pay Commission where the armed forces have pointed out 36 anomalies, and the debate over OROP (on which the Justice Narasimha Reddy committee looking into complaints has just submitted its report).

PM Modi recently asked citizens to develop a “tradition to show respect to our defence forces” like “in foreign countries when sitting at airports or railways stations we see that soldiers are given a standing ovation by civilians.” It is impossible to square this kind of sentiment with the actions of petty bureaucrats and it is time for the political executive to radically reform the MoD, bring in the armed forces into its decision-making loop and give them their due.