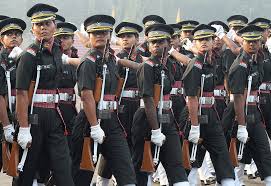 With political parties trading charges on the suicide of ex-soldier Ram Kishan Grewal on OROP, emotions are running high on both sides. Major Navdeep Singh, advocate in Punjab and Haryana high court, who was a member of the defence minister’s committee of experts to review service and pension matters which submitted its report in 2015, talked to Nalin Mehta about the OROP controversy and why the ministry of defence needs urgent reforms:

What is the current problem with OROP implementation which could have led to this suicide?
There are conflicting reports about the sad demise of the veteran. Some seem to suggest that he was perturbed about non-release of the approved pension under the OROP scheme by his bank. If that is the case, then it is really unfortunate since that would mean that an amount legally approved by the government was not disbursed to him.
Overall the ministry of defence claims to have disbursed Rs 5,507 crore in two instalments for OROP. Apart from other issues, the problem also seems to be in the distribution mechanism down the chain, particularly at the level of bank branches. This needs to be fixed.

Government is implementing OROP but what about the larger veteran demand that what they have got is one rank many pensions, not one rank one pension?
Various sides have differed upon the perfect definition of OROP. Many veteran organisations have interpretational differences with OROP as notified, including the periodicity of revision. Then there were serious anomalies in OROP tables which were being looked into by a judicial committee. The committee has submitted its report. I think all sides should hold their horses till this is processed. In case, there still are problems, tackle them through remedies provided under law rather than politicise a sensitive subject. A democracy provides full opportunity to exercise legal rights in case of dissatisfaction. I personally do not agree to an approach of excessive emotional rhetoric which has the propensity of stoking discontent.

What about disability pensions and the controversy on downgrading of status? How does that square with the pedestal armed forces are being put on?
The disability pension controversy was shockingly unfortunate and its origin was the twisted data and a sadistic interpretation provided to the 7th Pay Commission on disabled soldiers. In case disabilities in the defence services are increasing due to a higher stress and strain of military life, the answer is to take steps to check the deteriorating health profile and increase the payouts to compensate loss of health, not to slash disability pensions! Ditto for status issues since such moves are unilaterally imposed and result in deleterious effect on morale.

Chest thumping and governmental downgrading can’t go hand in hand. Does government’s left hand not know what it is doing?
Irrespective of the party in power, the ministry of defence has remained a labyrinth which is not easy to tame. There are structural problems wherein the defence services or even other stakeholders are not a part of the decision-making process and a one-sided view is provided to the higher layers. There is no opportunity granted to rebut or check the veracity of what is put up to decision-making authorities. It is not that one hand does not know what the other is doing, actually one hand does not let the other know what it is doing.

What kind of reforms do we need to fix the problems in MoD?
Two very simple suggestions without tinkering with the basic structure. First, the decision-making should be collegiate: probably by a ‘Defence Board’ chaired by the defence minister with a total of three-five members, with inputs of neutral personalities and experts wherever required. When files move up, these should be referred to all stakeholders for their comments so that nobody is able to hoodwink the decision-makers by mischief. Second, there is no institutional mechanism currently for the political executive to know the pulse of the problems of serving defence personnel and veterans, like there is for civil employees and pensioners. This assumes even higher importance since defence personnel (rightly) cannot form associations. Hence, a participative system akin to the Joint Consultative Machinery (JCM) for civil employees should be constituted to resolve grievances.

Similarly, the government had admirably constituted a standing committee for veterans in October 2014 which was to meet after every three months, but the lower bureaucracy has ensured that not even one meeting has taken place till date. The current defence minister appears to be keen to take the bull by the horns, but all personalities should support him in a politically neutral manner rather than pinpricking him all the time.