THE IDES OF MODI 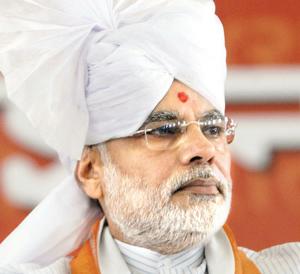 Reading the BJP’s defence of Narendra Modi 10 years after the Gujarat riots, it is difficult not to think of the proverbial line from the 1950s novel ‘Go-Between’ about the past being a foreign country.

A decade is a long time, especially in the age of tweets and status updates, but can the seductive, shining spires of Modi’s new Gujarat of fast-track development, quick clearances and relatively clean governance be enough to wipe out the ghastly memories of Godhra and its aftermath that so seared India in 2002?

Irrespective of your politics, it is a crucial question that lies at the heart of foundational debates about the kind of nation we want to be. This is why Arun Jaitley’s signed defence of the Gujarat Chief Minister published in several outlets last week deserves to be read seriously. In three years as Leader of Opposition in the Rajya Sabha, Mr Jaitley has built a reputation for delivering some of the better, more statesman-like speeches in Parliament but his latest public intervention on Gujarat, redolent with a sense of injured victimhood, buttressed with a kind of selective remembering and steeped in an updated version of the standard arguments from ten years ago, needs to be dissected.

In a week in which the Gujarat Chief Minister dared “Gujarat-bashers” to disturb the “brotherhood and bonhomie prevailing for the last decade”, Mr. Jaitley has essentially argued that Gujarat has had a riot-free decade, that its agenda has changed to economic development and that people basically have a choice between harking back at the past or looking ahead to the future.

The chest-thumping on double-digit growth is accompanied with four clear BJP grievances: first, the memories of 2002 are not revived by Gujaratis but by those who have a vested interest in stoking old memories; second, a cynical standard comparison with the 1984 riots and the assertion that 2002 saw more rioters killed in police firing and more prosecutions than the anti-Sikh riots; third, there is a concerted attempt by a section of the media, NGOs and the Congress party to hem in Modi with the riots story, because he can’t be beaten otherwise; and fourth, an insinuation about the judicial yardsticks being different in cases about Gujarat. “Is the process of hounding to continue till facts can be manufactured to suit the politics of some?” asks Mr Jaitley, before ending with the hope that the “Judiciary keeps out of this political thicket and remains even handed.”

Let us look at the reasoning closely: the ‘outsiders are maligning Gujarat’ theory is a straight lift from the Gujarati asmita argument and the ‘us-versus-them’ emotional rhetoric deployed so effectively by Narendra Modi in 2002. Before he turned it into an election slogan and a symbol of Gujarati identity itself, Modi initially made the distinction at a Gandhinagar press conference in March 2002 when he was asked about the Ehsaan Jaffrey case. Framing the issue in such emotive terms as a defamatory conspiracy is a standard saffron trope and a device which simultaneously ignores the legitimate grievances of those Gujaratis who suffered. Is Zakia Jaffrey, who is challenging the Modi government in court, an outsider, for instance? At a deeper level, it reinforces a manufactured consensus where the majority nativist opinion is seen as the only opinion that counts—any dissent is dismissed as that of the outsider.

As for the 1984 comparison, there is no question that it was an equally terrible massacre, supported by some Congress leaders in Delhi and that the prosecution records have been patchy. But two wrongs do not make a right. If the Congress and elements of the state apparatus were responsible in 1984, surely that cannot serve as an alibi for others. 1984 should never have happened, just as 2002 was a travesty.

Whatever the politics of previous riots, it is a bit futile to apply them to 2002 because these were the first such traditional-style riots that occurred in the new India of mobile phones and 24-hour news television.

The official death count of 1267 in Gujarat, disputed as it is, is less than the count in Delhi in 1984, Moradabad in 1980 or Nellie in 1983 and close to that of Bhagalpur in 1989. Yet, Gujarat’s riots got seared into the national conscience more than others because they occurred in a much more hyper-connected and visual India, one where the globalisation of commerce also brings with it the globalisation of pain.

Mr. Modi arouses extreme reactions partly because of his own post-Godhra imagery. His 2002 discourse was always couched within the Teflon-shield of asmita, but always dripping with double-meaning innuendo. It was, as Upendra Baxi put it, the most quintessential Houdini trick in political production. What it seemingly lacked was the thing that Vajpayee called ‘raj-dharma’.

Mr. Modi has always argued that 2002 was a societal upsurge and his economic progress benefits all Gujaratis. It is a seductive argument but his refusal to engage publicly with tough questions about 2002 continues to haunt him.

The paucity of an internal public debate in the state, beyond the usual binaries of us versus them, means that opinions remain divided as ever. There is a reason why Mr Modi’s muscular brand of politics is unwelcome in most states ruled by NDA-allies.

There is also a reason why the smiling visage of Vajpayee still flutters on BJP banners in UP. Mr. Modi may be the longest serving Chief Minister of Gujarat but ten years after the riots, his potency outside his home stretch remains an open question.